Suffering from knee osteoarthritis, the couple underwent Uni-Compartmental Knee Replacement (UKR) with a promise to return to their passion of hiking 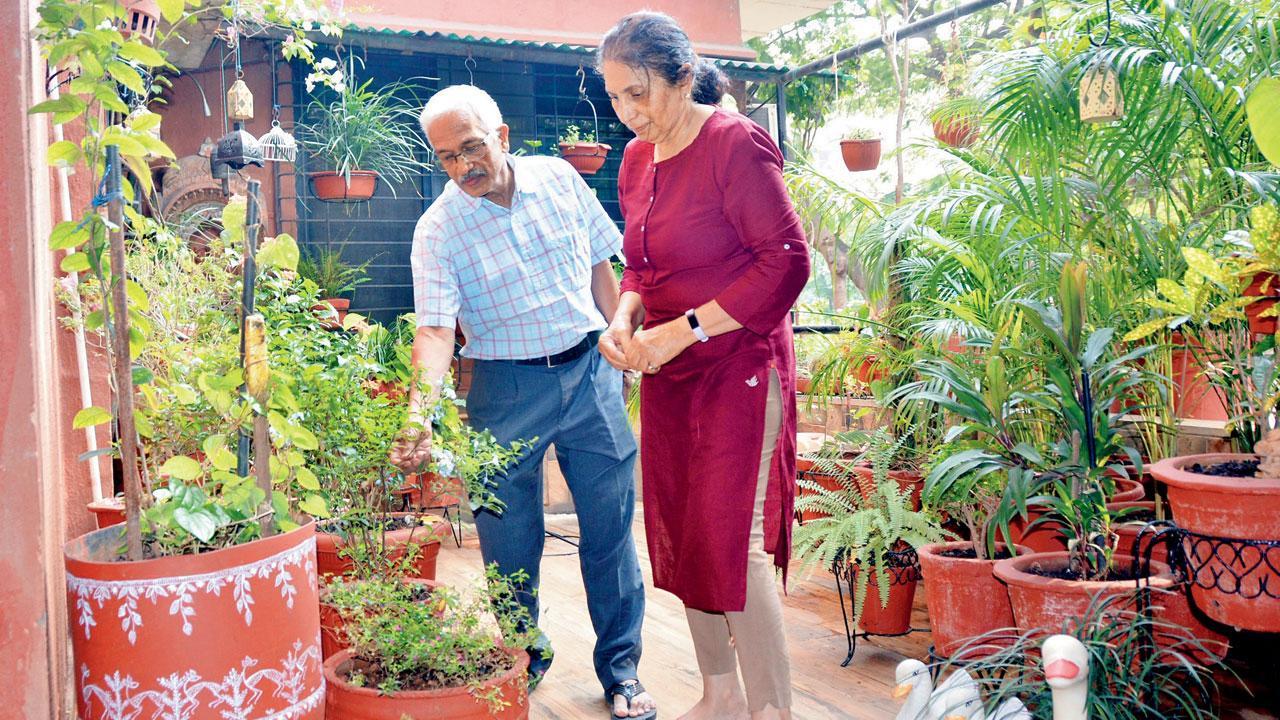 Dr Ranjit Rajput, a general physician from Thane, along with his wife Samaj, 68, returned to the city after successfully hiking from Sagar village to the Rudranath peak,  estimated to be around 4,000 metres above sea level. The Rudranath trail passes through valleys and high ridges and is considered to be one of the most exhilarating hikes in Uttarakhand.

The couple, both avid trekkers, had stopped going for difficult treks after their knee replacement surgeries. “I had always been on long treks since the year 2000 and was very active, but my pain was weighing me down. An X-ray showed that I had severe knee osteoarthritis and had completely lost the cartilage cushion on one side of my knee due to wear and tear,” said Dr Rajput.

He, however, went for the trek before surgery. “The cold weather and rough mountain route worsened my knee condition, freezing my knees, making any movement impossible. Due to the discomfort, we were not able to complete the trek and had to return halfway. This broke my heart. Being a doctor myself, I tried all sorts of medication and treatment including physiotherapy, without any success. My pain made my day-to-day activities difficult and excruciatingly painful,” remembers Dr Rajput.

However, with the pandemic, the couple started their fitness regime at home. “We kept the exercise regimen on. Whenever we got time, we went for small treks in Yeoor hills. We spoke to our doctor on getting back to trekking and started our preparation for the big one,” said Samaj. She said the 40 km-long trek starting from Sagar village is one of the most difficult treks in India.

“We see many patients coming to us with knee and joint pains, but a lot of them are not ready to undergo surgery due to fear of complications. Dr Rajput and his wife are role models for how you can pursue your passion no matter what roadblocks come. With specialised minimally invasive joint replacement techniques, one can get back to their normal routine,” says Dr Kaushal Malhan, Director-Orthopedics and Joint Replacement at Fortis hospital, Mulund.

‘Takes two to three months to recover from surgery’

Dr Nadir Shah, associate professor, orthopaedic department, JJ Hospital, said it is commendable that the senior citizen couple managed a difficult trek post knee replacement surgery.  “Post-surgery, a person takes two to three months to recover and return to routine. The degree of returning to something like what Dr Rajput and his wife has achieved depends on how motivated you are and also on how active you are mentally and physically,” he said.

Next Story : Mumbai: Youth dies as car slips at Aksa