164 animals, too, have perished during the same period in rain-related incidents 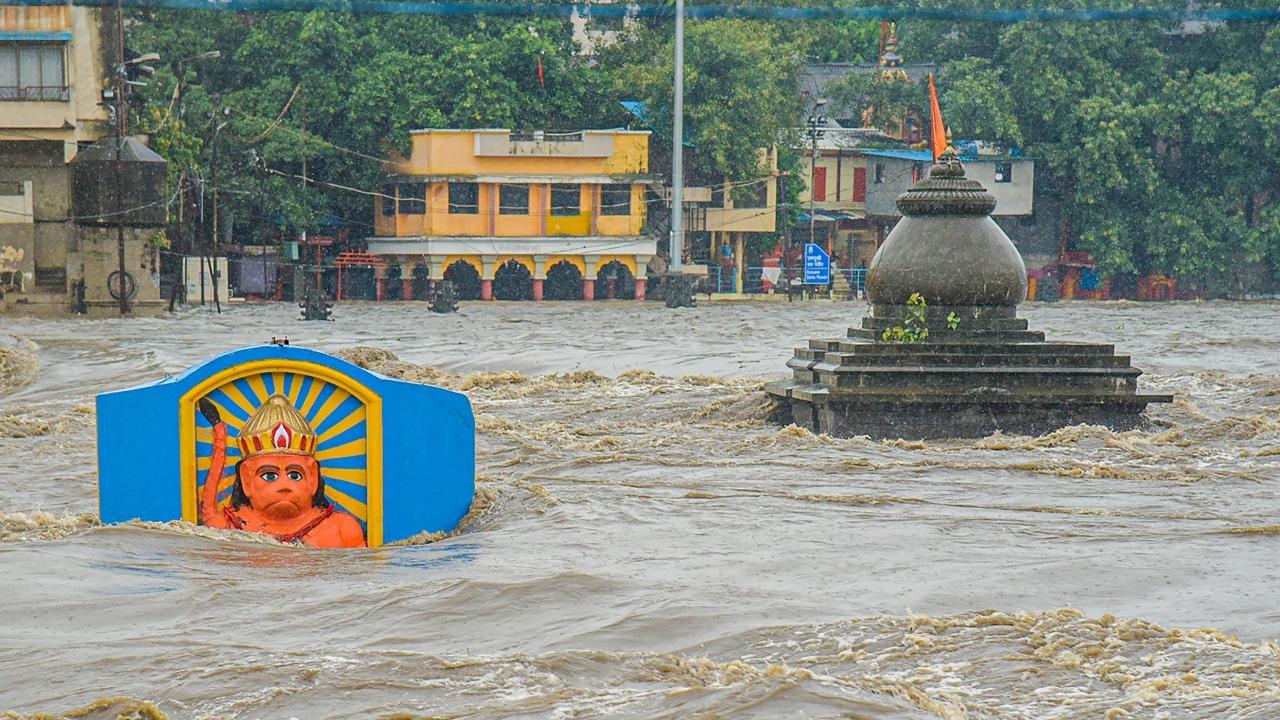 emples submerged in floodwater after a rise in the water level of the Godavari river following the release of water from the Gangapur Dam and monsoon rains in Nashik. Pic/PTI


According to state disaster management authority's report, as many as 83 people have died in rain-related incidents in Maharashtra between June 1 and July 10.

The report said 164 animals, too, have perished during the same period in rain-related incidents.

Nashik district in North Maharashtra recorded the maximum deaths at 12 followed by Nagpur (four). These deaths were caused by incidents like floods, lightning strikes, landslides, falling of trees and collapse of structures, among others, it said.

Chandrapur, Parbhani, Osmanabad, Hingoli, Aurangabad, Kolhapur, Sangli, Solapur, Raigad, Thane and Mumbai did not record any fatality since the beginning of the monsoon last month, the report said.

Several parts of the state, including Mumbai and its adjoining areas, witnessed heavy rainfall between June 1 and July 10.

Heavy rains continued to lash Nashik district on Monday, causing a rise in water levels of several rivers and submerging many temples located on the bed of the Godavari river, officials said.

The India Meteorological Department (IMD) has issued a 'red' alert for Nashik district till July 14, forecasting heavy to extremely heavy rains of over 20 cm in 24 hours.

Pune and Gadchiroli districts, too, have been witnessing downpour rains since the last few days.

Amid heavy rains in its catchment areas, water will be discharged from the Khadakwasla dam in Maharashtra's Pune district on Monday night, an irrigation department official said.

He said the collective water storage in four dams - Panshet, Warasgaon, Tembhar and Khadakwasla, that provide water to Pune city, stood at over 9 TMC (32.48) per cent.

"Owing to heavy rains in catchment areas of the Khadakwasla dam, the water level is over 75 per cent till Monday evening. With the water level rising, water will be released at 1,000 Cusecs (one cubic foot per second) in the Mutha river at 11.30 pm on Monday," the official said.

After four straight days of downpour last week, Mumbai has been witnessing light to moderate rainfall.