During their journey, Congress workers showed black flags to Shinde and Fadnavis at Jalna city to protest against various issues, including farmers facing snapping of their electricity connections due to pending bills and the recent statement made by Governor Bhagat Singh Koshyari on Chhatrapati Shivaji Maharaj 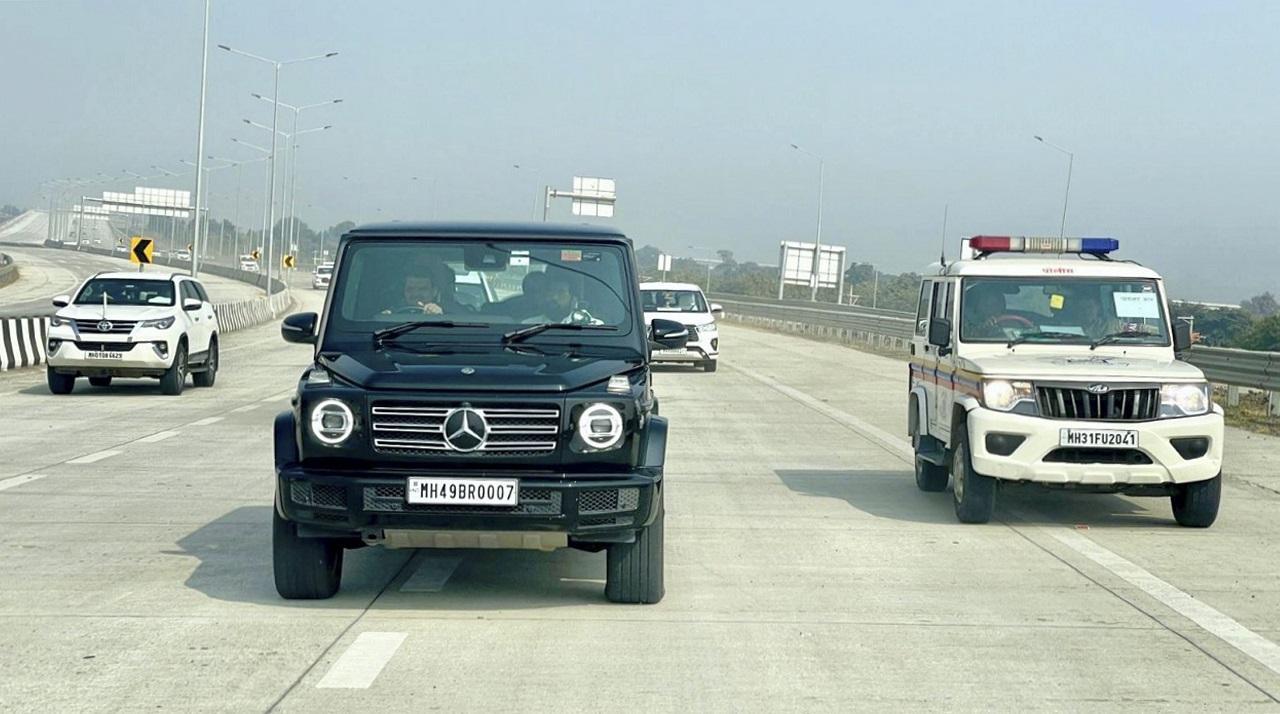 
Maharashtra Chief Minister Eknath Shinde and Deputy CM Devendra Fadnavis on Sunday undertook a inspection 'drive' between Nagpur and Shirdi cities for inspection of the newly-built first phase of the Mumbai-Nagpur Samruddhi Expressway, which is scheduled to be inaugurated on December 11 by Prime Minister Narendra Modi, reported PTI.

During their journey, Congress workers showed black flags to Shinde and Fadnavis at Jalna city to protest against various issues, including farmers facing snapping of their electricity connections due to pending bills and the recent statement made by Governor Bhagat Singh Koshyari on Chhatrapati Shivaji Maharaj.

With Fadnavis in the driver's seat of a four-wheeler, both the leaders started their journey towards Shirdi, a distance of 520 kms, along with their convoy from the 'Zero Point' of the Samruddhi Expressway in Nagpur at 12.45 pm, the district information office told PTI.

Shinde was seen occupying the front seat of the vehicle next to Fadnavis. Maharashtra State Road Development Corporation (MSRDC) managing director Radheshyam Mopalwar and a few officials accompanied them.

Their inspection tour was well-received in Nagpur, Wardha, Amravati, Washim, Buldhana districts of the Vidarbha region, it said.

The total distance of 'Hindu Hridaysamrat Balasaheb Thackeray Maharashtra Samruddhi Mahamarg', as the expressway is officially named, is 701 km. Built at a cost of Rs 49,250 crore, it passes through 392 villages spread over 10 districts.

The 520 km stretch of the expressway from Nagpur to Shirdi will be opened for public next Sunday by PM Modi. The remaining stretch will be completed in six months, Fadnavis had said on Saturday.

Speaking to reporters before the journey at Nagpur, CM Shinde said the Samruddhi Expressway will be a game changer project, which will bring the two cities closer and increase trade.

On their way to Shirdi from Nagpur, the two leaders took a break in each district where they were welcomed.

Around 3.30 pm, when they reached the outskirts of Jalna city, Union Minister of State for Railways Raosaheb Danve and former state minister Arjun Khotkar welcomed Shinde and Fadnavis.

However, some Congress workers reached the venue and waved black flags a tthem to protest alleged snapping of power connections of farmers by the Maharashtra State Electricity Distribution Company Ltd (MSEDCL) for non-payment of bills, to denounce the "insulting" remarks made by the governor against Chhatrapati Shivaji, social Jyotiba Phule and Savitribai Phule, and for stopping of scholarship of minority community students of minority by the Union government.

Speaking to reporters, Jalna district president of the farmers' wing of the Congress, Narayan Wadekar, sought to know why the state government was not waiving the power bills of farmers.

Next Story : Nigerian man held in connection with cocaine seizure at Mumbai airport