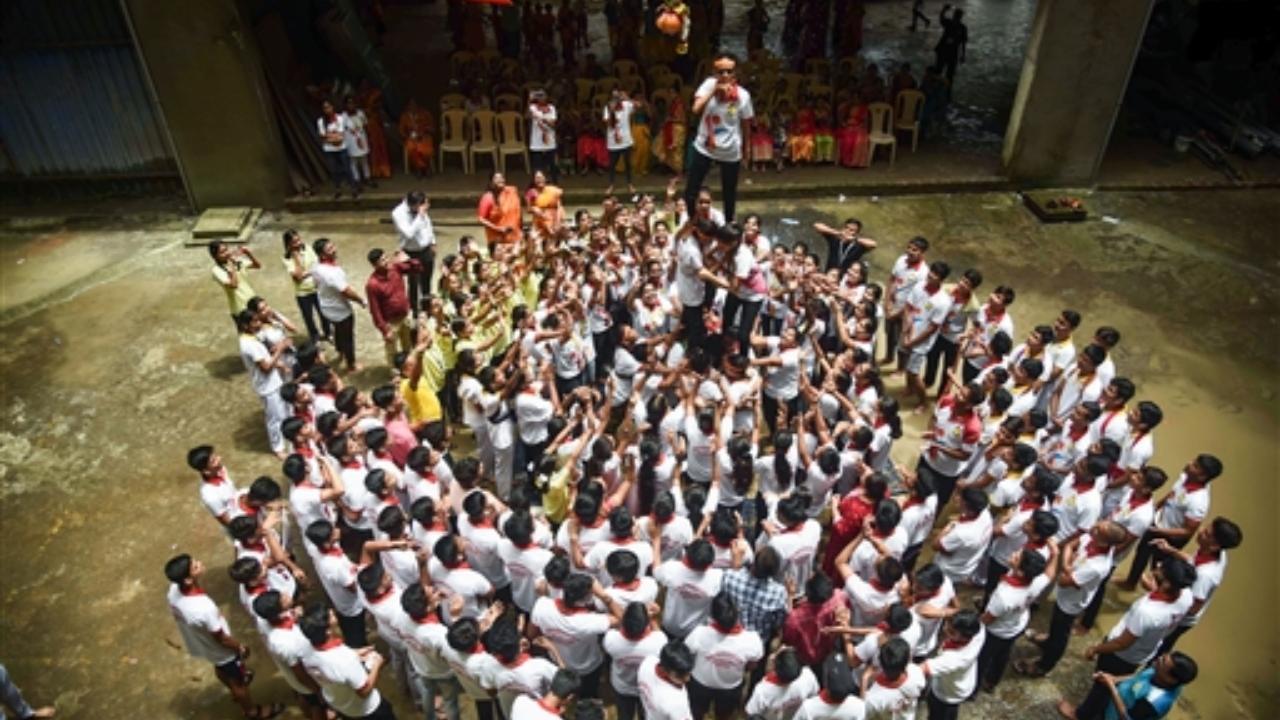 
The Maharashtra government has decided to give adventure sport status to 'Dahi Handi', a popular festival, CM Eknath Shinde announced in the Assembly.

The adventure sport tag will allow young participants (called govindas) in Dahi Handi events, organised to celebrate the birth of Lord Krishna, to apply for government jobs under the sports quota.

Arun Patil, the committee member of the Dahi Handi Utsav Samanvay Samiti, said, "We welcome the announcement made by the Maharashtra government. We have been demanding the tag of 'adventure sport' for Dahi Handi for many years. We thank the government and CM Eknath Shinde for this decision. Now, we can play it as a sport across the year. The five per cent reservation for job opporunity will help the youngsters to participate in Dahi Handi as well as secure better jobs."

According to the announcement, participants or their families will be provided with compensation in case of fatal or other injuries suffered by the players during the formation of human pyramids, the CM said on the eve of the festival which will be celebrated without any restrictions this year.

"The Maharashtra government has decided to recognise the formation of human towers as part of Dahi Handi celebrations as an adventure sport. With this recognition, the players will become eligible to apply for government jobs under the sports quota," Shinde said in the Lower House.

"In case of the unfortunate death of a participant during the formation of human pyramids, his/her kin would get Rs 10 lakh as compensation from the state government. A player suffering serious injuries would receive Rs 7 lakh, while one with fractures would be paid Rs 5 lakh," he said.

After a gap of two years, the Dahi Handi festival is likely to be celebrated on a grand scale like during the pre-pandemic times in the state, especially in Mumbai.

A few years ago, a PIL was filed by Mumbai-based activist Swati Patil on the breach of the HC order which raised concern about the casualties and injuries caused during Dahi Handi celebrations.

Till August 18, around 730 pathaks (36700 Govindas) across Maharashtra have insured themselves so far.