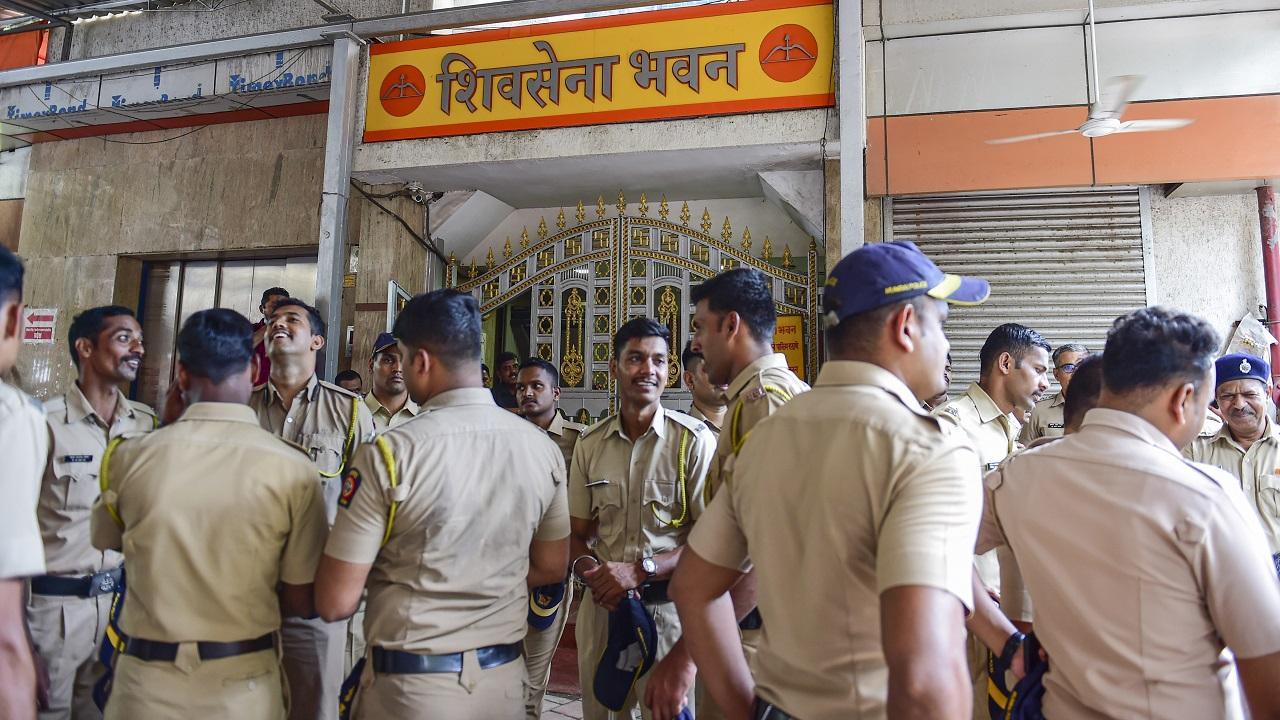 
Amid political crisis in Maharashtra, Police authorities in state have issued an alert across the state as Shiv Sena supporters are likely to stage angry protests following senior leader and minister Eknath Shinde's rebellion.

A couple of incidents of Sena workers targeting the hoardings or boards featuring rebel MLAs who are with Shinde have been reported in the state. A general alert has been issued to all district unit commanders like superintendents of police and police commissioners, asking them to take steps to prevent any untoward incident, an official told PTI.

Shiv Sena workers also blackened a hoarding put up in support of Shinde in Ambedkar Nagar area of Nashik.

Considering the possibility that such protests by Thackeray loyalists may intensify in the coming days, police have been asked to take precautionary measures to maintain law and order, the official said.

Security at the offices and residences of Shiv Sena MLAs who have joined the Shinde faction has been increased, he said.

In western Maharashtra's Kolhapur, Shiv Sena supporters came out on the streets in large numbers and staged protests against the rebel leaders.

In Mumbai, Sena workers tried to smash a board outside Kurla MLA Mangesh Kudalkar's office.

In Mumbai, the nerve centre of the Shiv Sena's politics, police have been asked to remain alert and deploy adequate number of personnel at all important locations.

Security at the Shiv Sena Bhavan (the party headquarters in Dadar) and CM Thackeray's private residence 'Matoshree' in Bandra has also been increased.

Majority of Shiv Sena MLAs have shifted their loyalty to Eknath Shinde and are camping in Guwahati, plunging the MVA government led by chief minister Uddhav Thackeray, who heads the Sena, into a crisis.