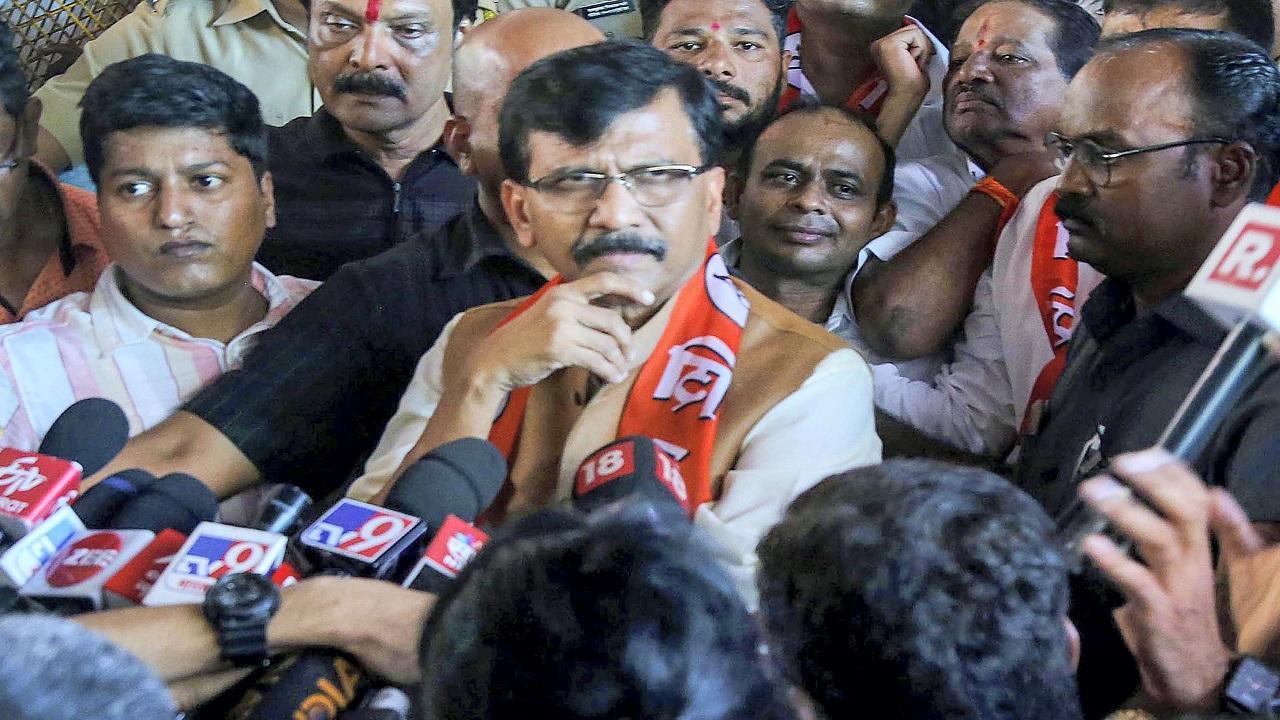 
Shiv Sena MP Sanjay Raut on Saturday claimed that the rebel Maharashtra ministers in the Eknath Shinde camp will lose their posts "in 24 hours."

Talking to a Marathi news channel in the evening, Raut said "the process of their removal is on."

Also Read: Eknath Shinde camp and MVA govt have stepped into the battle armed with law

"Ministers like Gulabrao Patil, Dada Bhuse, Sandipan Bhumre were considered to be loyal Shiv Sena workers who were made cabinet ministers by Uddhav Thackeray....the party has given them enough. They have taken the wrong path and will lose their posts in 24 hours," he said.

Other ministers in the rebel camp are Shambhuraj Desai, Abdul Sattar and Bachchu Kadu. Kadu heads the Prahar Janshakti Party which is part of the Sena-led ruling alliance.

Raut also claimed that when the Sena had an alliance with the BJP and had asked that the post of chief minister be rotated between the two parties, Thackeray had Shinde in mind for the top post.

The two allies fell out over the sharing of the CM's post after the 2019 elections, following which the Sena joined hands with Congress and NCP.

Raut, meanwhile, also said that half of the rebels have nothing to do with Hindutva as they claim, but they are facing Enforcement Directorate's probe.