Rahul Narvekar also recognised the appointment of Bharat Gogawale from the Shinde camp as the chief whip of the Sena, removing Sunil Prabhu, who belongs to the Thackeray faction 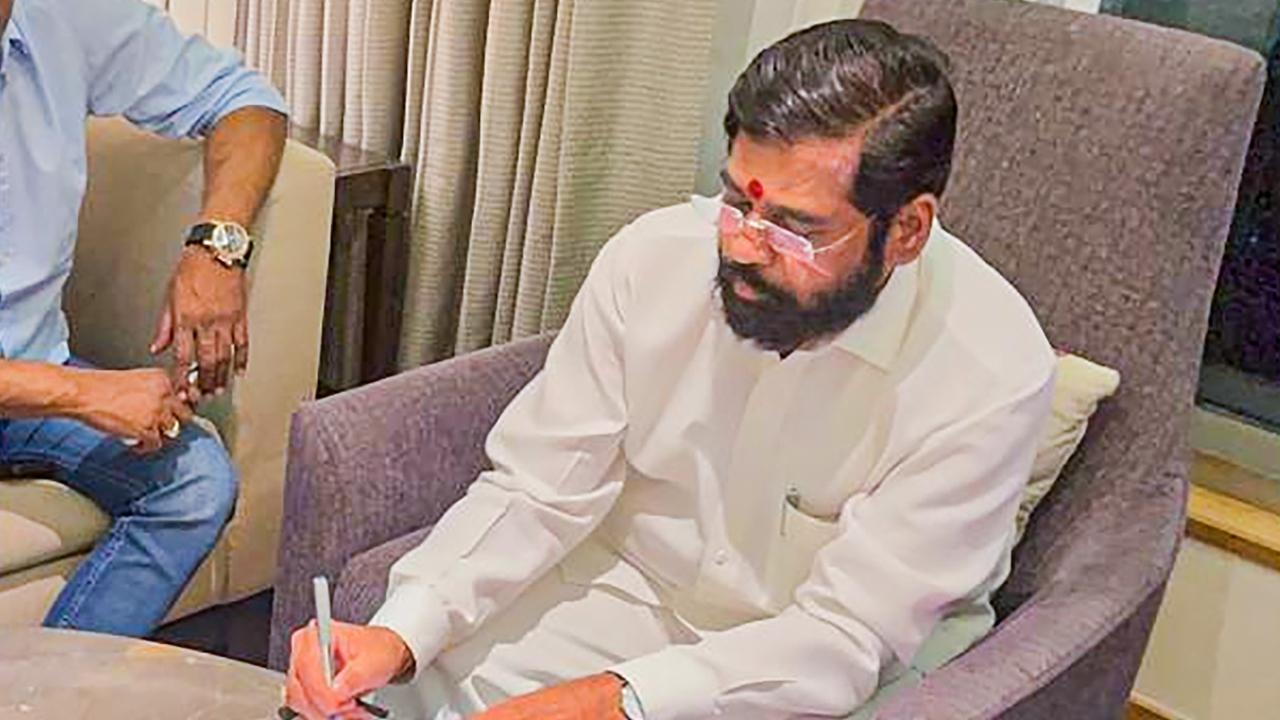 Narvekar also recognised the appointment of Bharat Gogawale from the Shinde camp as the chief whip of the Sena, removing Sunil Prabhu, who belongs to the Thackeray faction.

The trust vote will be held in the Assembly on Monday, the last day of the special two-day session of the House.

In a statement late Sunday night, Narvekar said the Maharashtra Legislature secretariat had received a letter from the Shinde-led group on June 22 objecting to his removal by Thackeray as the group leader of the Shiv Sena legislature party.

After discussing the legalities of the matter, the Speaker has rejected the appointment of Sena MLA Ajay Chaudhary as the group leader of the legislative unit of the party, a letter by Narvekar said.

The development comes as a major setback to the Thackeray faction comprising 16 MLAs who will be bound by the whip to be issued by Gogawale for the trust vote.

If these 16 MLAs refuse to follow the whip, they face disqualification.

Reacting to the development, Shiv Sena chief MP Arvind Sawant said his party will challenge this "unconstitutional" decision in court.

¿Former Secretary General of Lok Sabha P D T Acharya has given directives that the party leader (chief) has the right to appoint the group leader of the legislative unit of that party. How can you say that (Eknath Shinde) is the (legislative) party leader?"

¿We will challenge this decision in court. This is highly unfortunate. The decision is taken on Sunday late night which speaks volumes about how it must have been taken,¿ said Sawant.

He alleged that the decision amounts to trampling the Constitution and democratic norms. "The BJP is marching towards autocracy,¿ Sawant added.

Ousted Shiv Sena group leader Ajay Chaudhary said the new Speaker did not even conduct any hearing over the objections of both sides.

"When my name was proposed for the Shiv Sena group leader's post, it was signed by Shiv Sena MLAs Dada Bhuse and Sanjay Rathod. They both later joined the Shinde camp. How can the Speaker ignore these facts? When my appointment was recognised by acting speaker Narhari Zirwal, how come the newly-appointed Speaker Rahul Narvekar can intervene?" he asked.