The incident took place around 3.30 pm near Dhaniv Baug locality 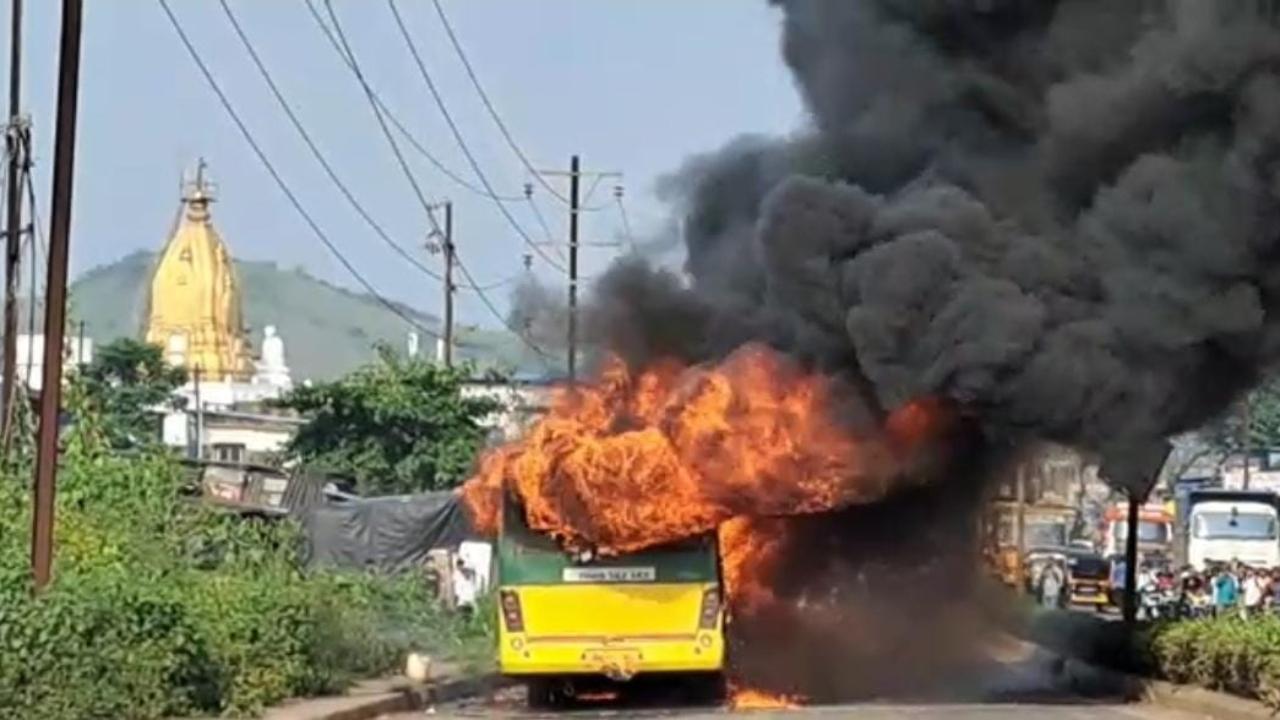 
Several passengers escaped unhurt after a civic transport bus caught fire in Nalasopara area of Palghar district on Friday afternoon, an official said, as per PTI.

All passengers travelling in the bus jumped out in the nick of time after noticing the flames, he said.

Locals made a frantic attempt to put out the fire. However, firemen arrived at the scene and put out the blaze in about one hour, the official said.

The bus was completely gutted in the blaze, the cause of which is yet to be ascertained, he added.