Miracle in Mumbai! Train passes over 60-yr-old, she lives to tell the tale

At least two bogies passed over her at Ghatkopar railway station before the driver applied the brakes. She came out almost unscathed, with just an injury on a toe on the left foot 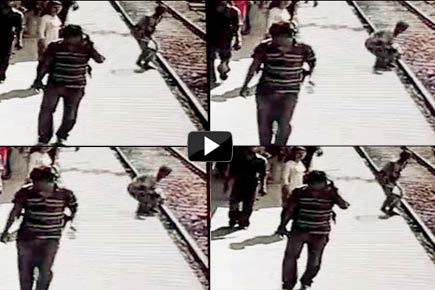 Talk about catching a lucky break. A 60-year-old woman at Ghatkopar station yesterday sauntered onto the platform, got down on the tracks and lay down on them just as a local train arrived. 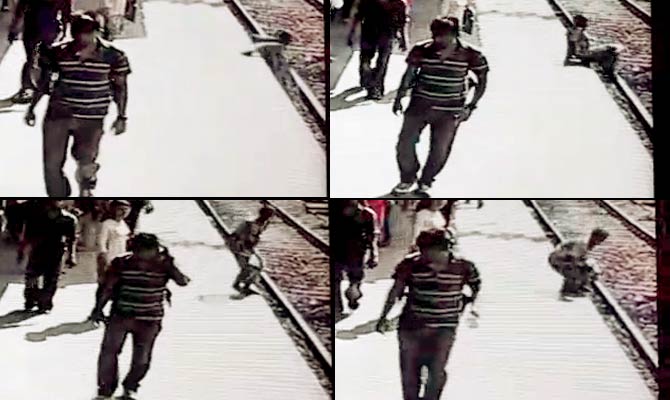 At least two bogies passed over her before the driver applied the brakes. She came out almost unscathed, with just an injury on a toe on the left foot.

Although the woman, Pramila Baban Pokharkar, a resident of Panagar Society in Amrit Nagar in Ghatkopar West, can be seen on the CCTV footage (mid-day has a copy) lying down on the tracks, she claimed that she lost her balance and fell in front of the train.

Police said Pokharkar lay down in front of a CST-Kalyan slow train that arrived on platform 1 at 9.24 am yesterday.

Alert motorman
“The alert motorman of the train, BS Surve, on spotting the woman in front of his train, immediately applied the brakes. Shouts went up from the crowd, which caught our attention. We immediately pulled the woman out. Miraculously, she was unhurt despite at least two train bogies having passed over her,” said Brijesh Kumar, sub-inspector in charge of the Ghatkopar RPF.

Lost balance
“She claimed that she did not try to commit suicide, and that she lost her balance while trying to board the train and fell down. She did not tell us where exactly she was planning on going by train,” said Pramod Babar, inspector of Kurla GRP, who recorded her statement.

Babar added that the police have also recorded the statement of her daughter, Deepali.

Daughter says
The 60-year-old lives with her daughter, who described her as mentally ill, but refused to comment on yesterday’s incident.

Next Story : Mumbai doc in trouble as diabetic patient dies after jaggery treatment