In near simultaneous raids across the length and breadth of the country, a multi-agency operation spearheaded by the National Investigation Agency (NIA) on Thursday led to the arrest of 106 PFI activists in 11 states for allegedly supporting terror activities in the country 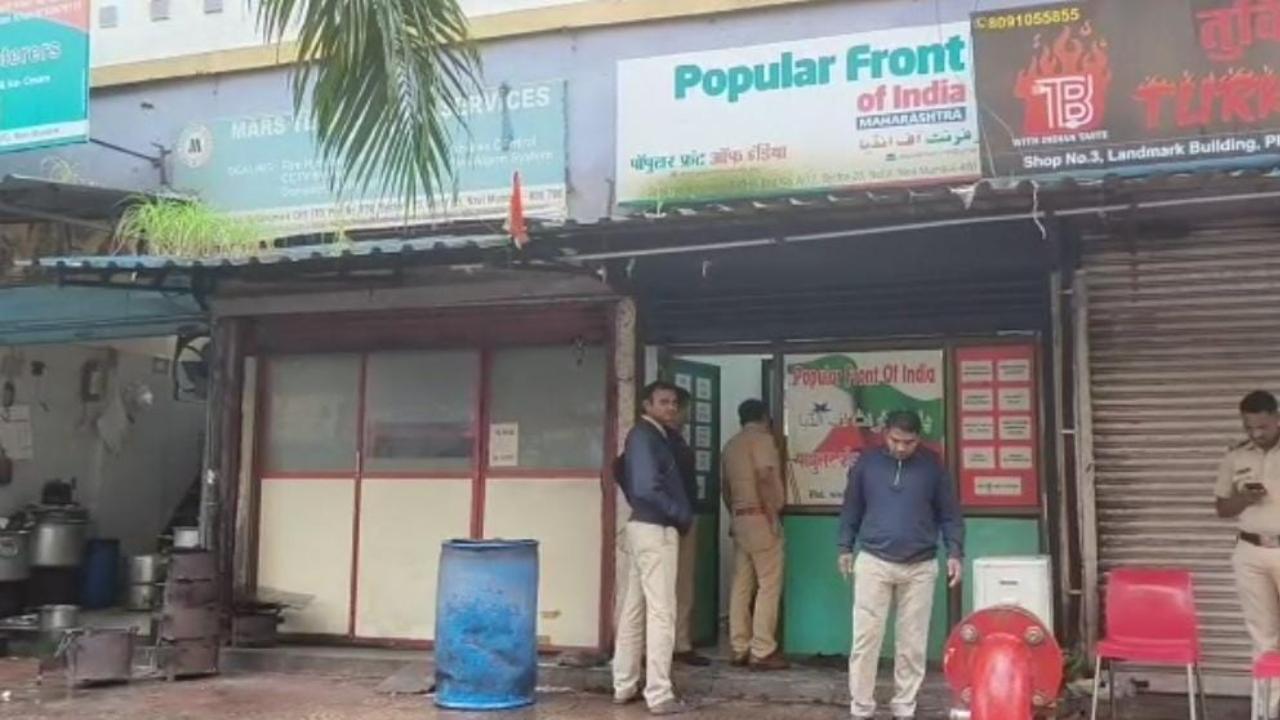 
The Maharashtra Anti-Terrorism Squad on Thursday arrested 20 activists of the Popular Front of India (PFI) from the state during a multi-nodal agency operation for allegedly indulging in unlawful activities promoting enmity among communities and waging a war against the country, an official said.

In near simultaneous raids across the length and breadth of the country, a multi-agency operation spearheaded by the National Investigation Agency (NIA) on Thursday led to the arrest of 106 PFI activists in 11 states for allegedly supporting terror activities in the country, officials said.

According to the officials, the arrests were made during the raids which have been termed as the "largest-ever investigation process till date".

The ATS teams arrested at least 20 people from various places and seized important documents, he said.

The ATS has registered four offences in Mumbai, Nashik, Aurangabad and Nanded under various Indian Penal Code Sections including 153-A (wantonly giving provocation with intent to cause riot), 121A (conspiring to commit certain offences against the State) and 120B (criminal conspiracy), and provisions of the stringent Unlawful Activities (Prevention) Act (UAPA), he said.

The ATS officials were also making enquiries with some people in connection with these cases, he said.

The PFI was formed in 2006 in Kerala and is headquartered in Delhi.

It claims to strive for a neo-social movement ostensibly for the empowerment of marginalised sections of India. It is, however, often accused by law enforcement agencies of promoting radical Islam.