Alarm bells peal at charming St Roque nook, as residents hare about in vain for answers about cell towers in one of area's tallest buildings 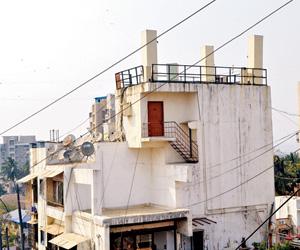 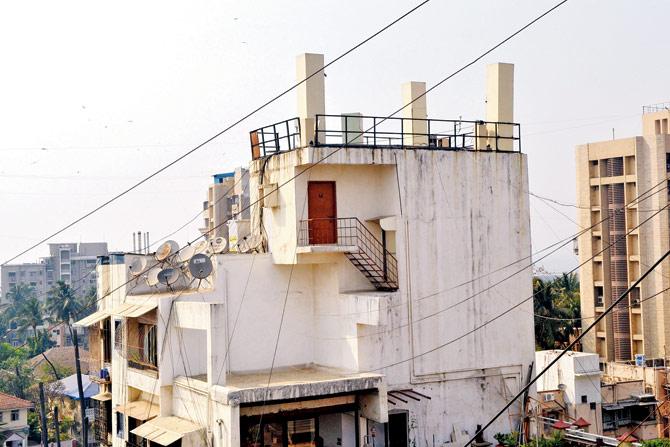 A radiating controversy over cell towers atop a seven-storey building has gripped a sleepy Bandra West alcove. For a year now, the locals have been asking residents of one of the area's tallest buildings, called Bhagtani Apartments, about whether they have adequate permissions to have the towers, which are known to emit harmful radiation.

In March last year, the locals of the well-heeled nook, represented by the St Roque Road Advance Locality Management (ALM), were alarmed upon noticing the cluster of towers, because they had read and heard enough, they stated, about the possible "harmful health effects of radiation from mobile tower antennae". 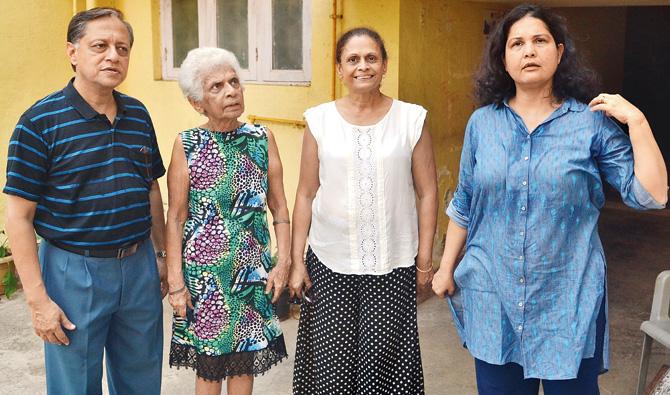 "Ever since the towers came up in March 2017, we have been asking Bhagtani apartments whether they have obtained permissions for the towers. We have got no replies," say residents Deepika D'Souza and Freddie Vaz pointing to the towers atop the building. Correspondence to the building began as early as April 2017. An extract from a letter to the secretary, Bhagtani Apartments dated April 8 warns, "Electromagnetic radiation as well as radio frequencies adversely affect the health of any living organism that comes in contact with these waves…" The area is dominated by buildings of three to four storeys and cottages that take you back to another era.

Residents said, "We have over a 100 plots in this area. Many residential buildings here are more than 50 years old. Some of these cottages are at least 90 years old." The cell towers are a worry, residents said, "because Bhagtani Apartments, at seven storeys, is [one of] the tallest building in the area and overlooks most other buildings, so the radiation will affect all."

Letters, letters
While letters to Bhagtani Apartments evinced no reply, residents have sent letters to the H-ward officer to ascertain whether permissions have been got for the same. An excerpt from one letter, dated July 7, 2017, from the Mumbai Fire Brigade signed by Station Officer P A Sawant (Divisional Fire Officer) refers to Bhagtani Apartments says: "There are mobile towers installed over the lift shaft and on the building terrace. When asked, the party has not produced permissions for erecting the mobile towers on the terrace and the sanctioned plan of the building."

It goes on to say that the assistant municipal commissioner of H/W ward is requested to depute an engineer concerned to "visit the premises and verify necessary permissions for erecting of mobile tower and inspect and take appropriate action against the mobile tower over the lift tower accordingly." Residents stated that this letter came after they cited concerns about one mobile tower located over the lift shaft being a fire hazard, putting other buildings, too, in the area at risk.

No answers
Numerous efforts by this reporter to contact Bhagtani Apartments representatives were unfruitful, with a couple of residents saying that those authorised to speak were out of the country. Rita D'Lima, a resident of the area, said, "We are being bounced off like ping pong balls between different agencies, from the ward officer, the fire authorities and the building itself." Patrice Fernandes said strongly, "We want answers instead of the constant back and forth, where we are being strung along by all concerned."

When told that the ill-effects of mobile tower radiation was still a contested topic they said, "First, we want to know if the towers are legal and if the building has permission to install them. Secondly, should we wait for somebody here to fall seriously ill for 'proof' of health hazards and then ask for action?" asks the quartet, voicing the sentiment of several residents.