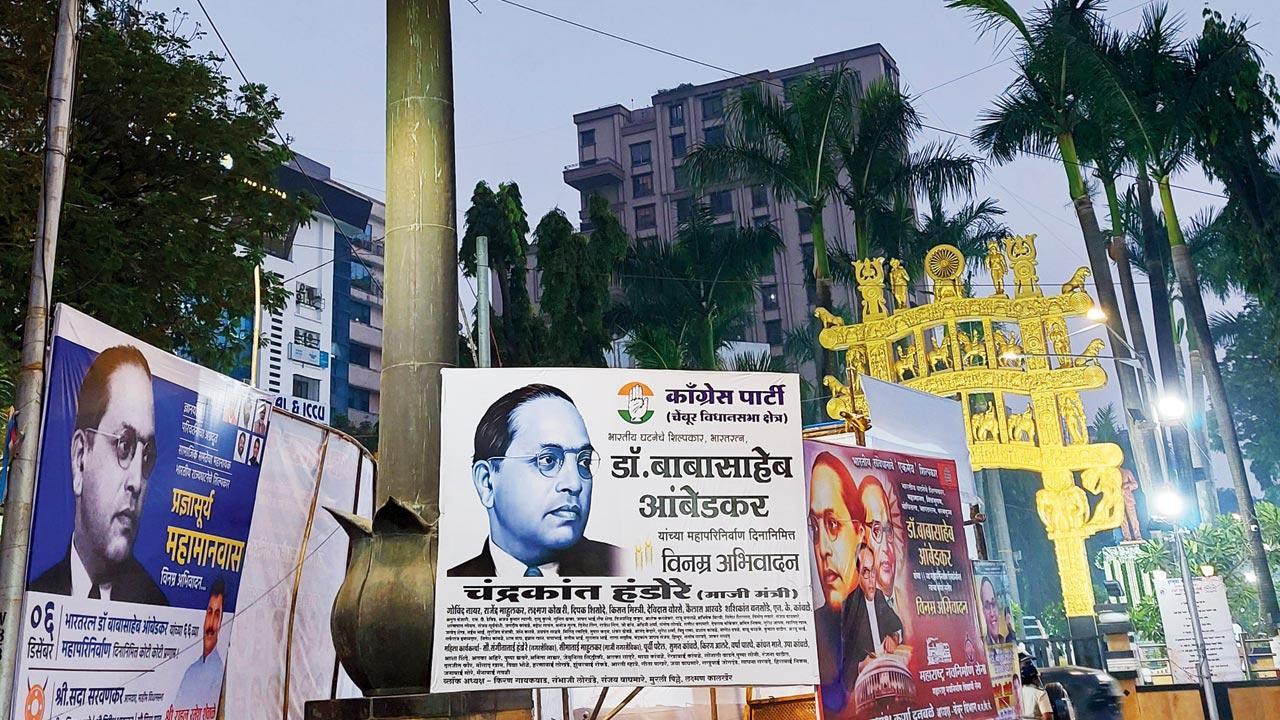 Construction on the Ashok Stambha at Chembur stopped in 2008. Pic/Rajesh Gupta


The national emblem of the country lies half constructed outside Chembur’s Ambedkar Garden for over 17 years now. The beautification work of the garden commenced in the year 2005 by BMC and the construction of the Ashok Stambha, the national emblem, was sanctioned. But after beginning construction, when the BMC contacted the state government which subsequently contacted the central government, permission was refused for the same. A local social activist went on a fast to seek resolution of the issue in 2008. Letters were exchanged between officials, but still the national emblem remains incomplete. The activist's husband, a lawyer, has now written to the chief minister, seeking his intervention in the matter.

The Dr Babasaheb Ambedkar Udyan, popularly known as Ambedkar garden, is in M/West ward, Chembur. It had a full size statue of Dr Ambedkar, installed five decades back, which was replaced with a new one 20 years back. The garden is the second most important place after Chaitya Bhoomi at Dadar, for Ambedkarites, thousands of whom arrive there to pay homage on the birth and death anniversaries of the social reformer.

Also read: Mumbai: Measles vaccination goes slow with only 5 per cent kids getting dose in 3 days

The beautification of the garden was initiated in the year 2005 by Brihanmumbai Municipal Corporation (BMC) and renowned architect Shashi Prabhu and Associates appointed for the work. The firm was also connected with the beautification at Chaityabhoomi, Dadar. The work order issued by the BMC included the work of the compound wall, a stainless steel railing and peripheral bund walls, torana, a fountain, Ashok stambha, gardener’s chowky and red earth filling. Initially the cost of the work was Rs 1.93 crore which was revised to Rs 2.6 crore. 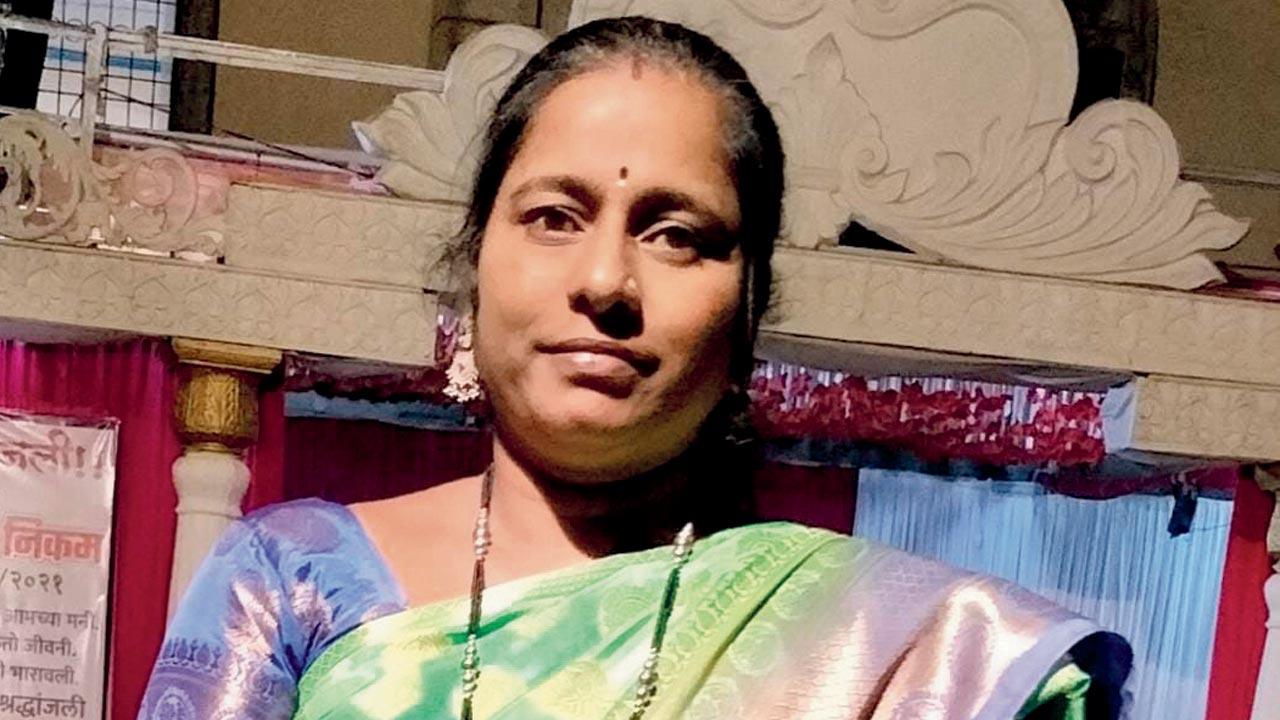 “The other work was completed; the base and pillar for the stambha were also constructed, but the work stopped in the year 2008, as the union home ministry didn’t grant permission for it” said Nutan Sanjkar, a resident of Chembur. “The home minister wrote to the City Engineer on March 28, 2008, that as per the State Emblem of India (Regulation of Use) Rules 2007, section 8(2) only government offices have permission to construct it on their premises. Also, construction outside the garden can’t be approved” she added.

There was no progress till December 2012, when Sanjkar decided to fast unto death to get the construction of the emblem completed. Ramdas Athawale (then ex-MP), Eknath Gaikwad (then Member of Parliament), Chandrakant Handore (then MLA) approached Sanjkar and assured of a resolution to the issue as early as possible.

In the month of January 2013, Athawale wrote to Home Minister Sushil Kumar Shinde and said,  “Before obtaining requisite permission from the central government, the construction commenced. After completing half of the same, the BMC started correspondence with the state government. but the central government denied permission in November 2007 citing the law. Every year thousands of Ambedkarites gather at the garden and when they see an incomplete emblem they feel insulted”. Athawale in his letter asked for the issue to be resolved as soon as possible.

The central government wrote to the state government’s General Administration Department in March 2013 to complete the construction on priority, but still the emblem lies incomplete. “Like me, many feel insulted as our national emblem has been standing like this for years, and not a single politician or government official feels anything about it. If the place for the emblem is not proper, they can shift it inside the garden, which remains closed for the whole year and opens only twice. But there has to be some solution,” said Sanjkar.

“I have been pursuing permission from the concerned authorities for the Ashok Stanbha to be constructed in front of Ambedkar Udyan. I have received positive response from them. So I believe that this work will be completed soon,” said Rahul Shewale, Member of Parliament (South Central).

Next Story : ‘We can do dubbing, sing jingles for ads’