Mumbai: Autorickshaws to have QR codes with driver’s details 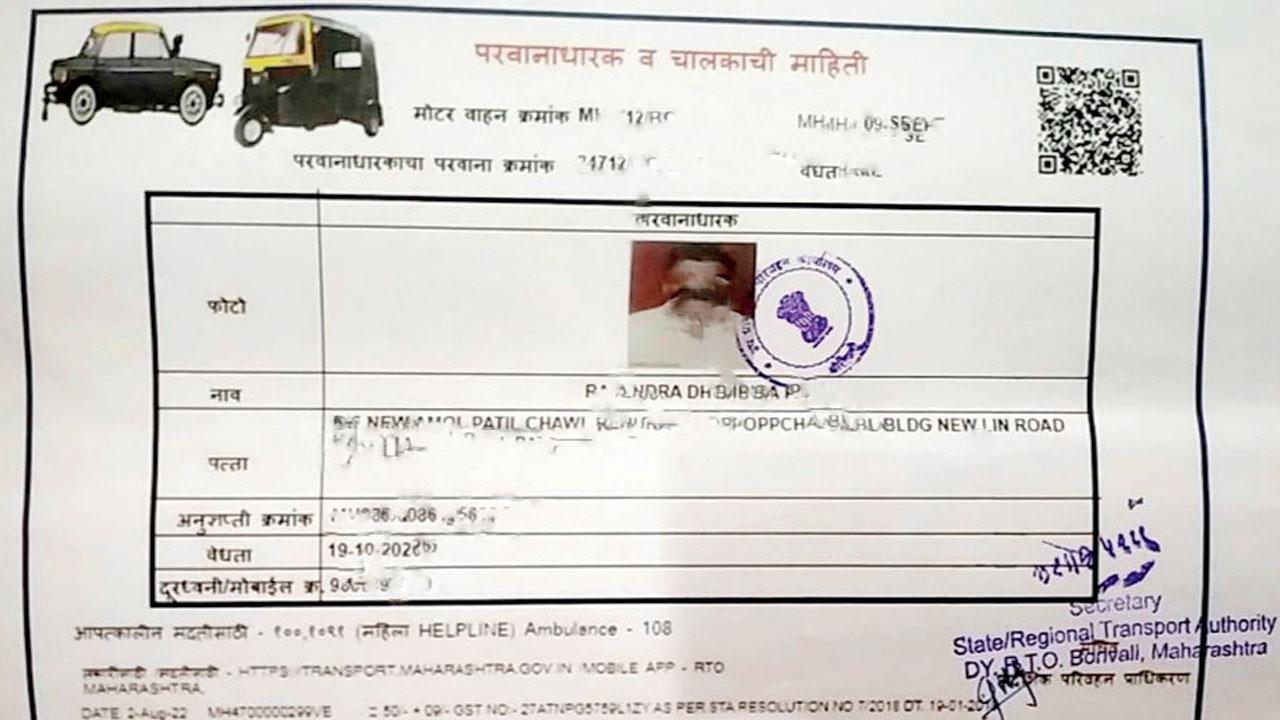 
Mumbai autorickshaws are being designated QR codes with crucial information about the driver, vehicle permits and other details. The RTO at Borivli has begun assigning codes, and other RTOs in the city will follow in its footsteps. Earlier, Thane and Navi Mumbai RTOs had begun the process. The codes will put the basic information about the vehicle and its credentials in the public domain. The information in QR code form can be read via a regular mobile scanner and for those who do not have smartphones, it will also be available in text form.

Transport expert Ashok Kumar Gupta said that the information will be a crucial link for the safety of women and newcomers to the city. “Imagine an auto taking a suspicious route or another such safety hazard... The QR code or auto details can be quickly scanned and sent to the police. It will also be helpful in lost-and-found cases where one forgets things in the vehicle,” he said. The dimensions of the code are 28x10 cm.

“The codes are being distributed by the RTO after verification and authentication. Each driver will get the code only after thorough verification of vehicular records. They will also be checked and inspected every time the vehicle is at the RTO office for clearances and upgrades,” an official added.

A section of auto drivers and unions have opposed the move, but a few registered unions such as the Seva Sarathi Autorickshaw Taxi & Transport Union congratulated the Borivli RTO for the move. “In today’s scenario, safety is paramount, and this move marks an advancement in women’s safety and we welcome it,” said DM Gosavi, general secretary of the union. “In fact, the union has now requested all other RTOs in the city to expedite the move and make it mandatory,” union president Pradeep Menon said.