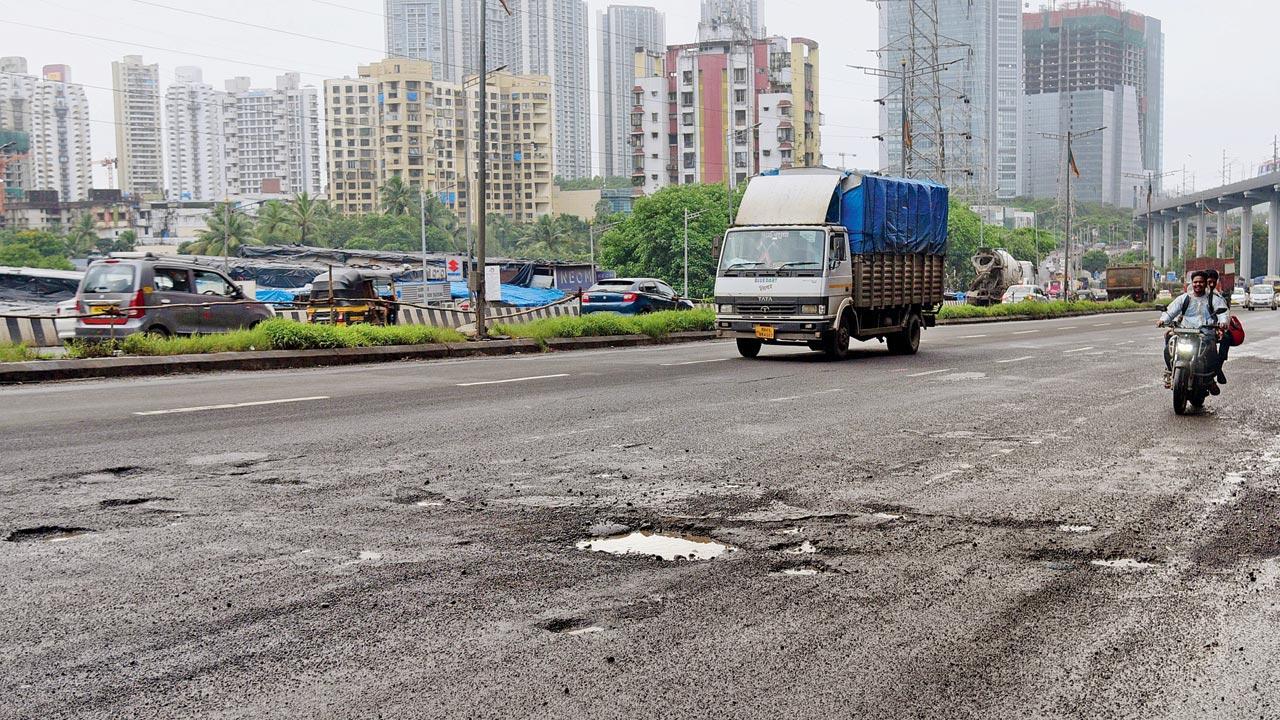 
Activists fighting for pothole-free roads in Mumbai, have alleged that the surface of the flyover near SGNP at Borivli, on which a couple died when their bike skidded, was scraped, and it had not been resurfaced for the past three months. Motorists and commuters using the Western Express Highway also alleged that Mumbai Entry Point Limited (MEPL)—the toll operator—has not been maintaining the flyover as it is supposed to be.

On Wednesday a husband and wife duo riding a two-wheeler on the flyover died when they were run over by a dumper after falling due to the potholes and uneven road surface. Following the accident, many citizens expressed their anger on social media, and criticised the MSRDC for the bad condition of the road on the flyover maintained by the toll operator.

Sources from the Maharashtra State Road Development Corporation (MSRDC) said that it is the job of  MEPL to maintain some flyovers on the Western Express Highway. These include the  Kalina-Vakola flyover at Santacruz, Jai Koch-JVLR flyover near Jogeshwari, Aarey Colony flyover, Film City-GMLR flyover, Rani Sati Marg underground road of vehicles, Datta Pada flyover and National Park flyover. MEPL officials did not respond to attempts to contact them. 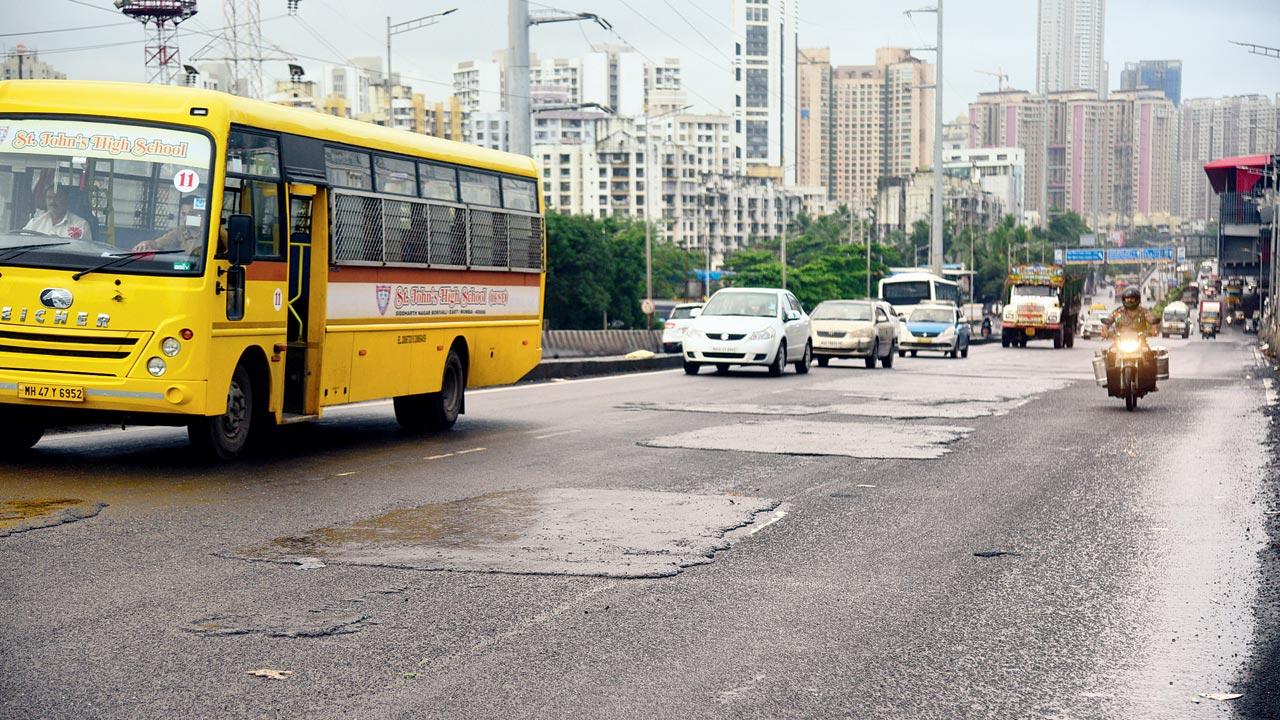 On Wednesday, the Potholes Warrior Foundation tweeted, “1st #PotholeDeath in Mumbai at SGNP flyover WEH borivli east this entire flyover was scraped n not resurfaced since past 3mths, MSRDC officer who is responsible to maintain all these flyover must b booked for negligence.pls order enquiry @mieknathshinde.” (SIC)

Mushtaq Ansari of the Potholes Warrior Foundation later said, “The National Park flyover is maintained by MEPL. They should have resurfaced the road immediately after scraping the surface in May. Yesterday at 2 am they resurfaced this entire flyover with mastic asphalt. Had they done this earlier, two lives would have been saved. Many motorists had tweeted recently about the traffic jams that take place at this flyover as it was scraped. The authorities should have taken the complaints seriously.”

On Thursday morning mid-day travelled via the WEH between Goregaon and Dahisar toll plaza and found that the North bound stretch of the road passing over Pathanwadi vehicular underpass  has uneven road surface which could be really dangerous for motorists, especially two-wheeler riders.

We also found the Magathane flyover also has few potholes and uneven road surface. The national park flyover on the Western Express Highway where the accident took place is also in bad shape with uneven road surface and potholes. The mastic asphalt work on the SGNP flyover mentioned by Ansari has been shoddily done.

Gopal Jhaveri, AAP vice president, Mumbai said, “An FIR should be registered for the deaths that have happened due to potholes, against all officers including the agency responsible for maintaining the flyovers and roads. At several places in the city we see construction materials, khataras, broken foot paths and dividers, broken foot overbridges, open manholes and illegal cables and officials responsible for the same should be booked too.”