But lethargic city cops have still not even issued a lookout circular for him, in addition to several goof-ups in the investigation 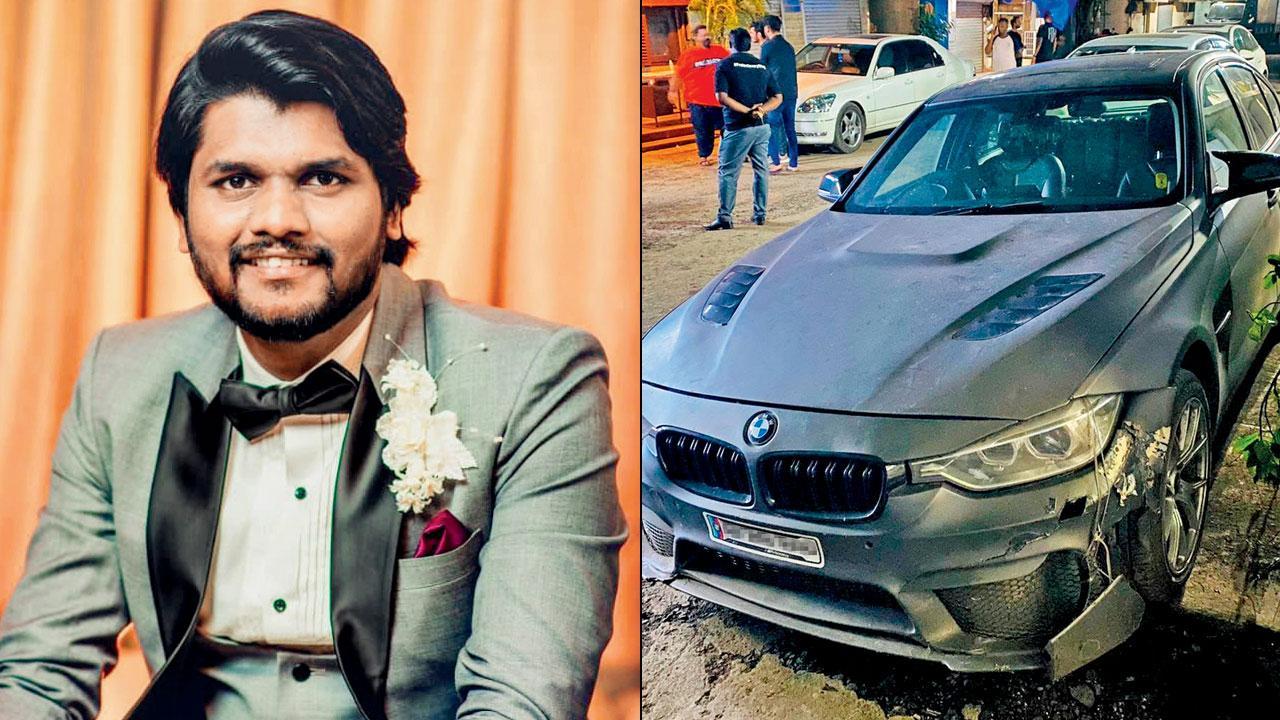 Victim Harry Bastian (right) this vehicle, with a damaged fender, came to an Andheri garage at 9.20 pm on August 29, the day Bastian died


The driver of a BMW car suspected to be behind the hit-and-run death of a Thane resident has gone underground following a series of reports by mid-day. The 23-year-old suspect is a frequent flier to Dubai, where his parents live, and might flee India, said sources. But the cops are struggling to issue a Lookout Circular in his name as they don’t have his passport details.

Despite mid-day’s reports sharing several crucial aspects of the case, the police are yet to reach the suspect, a degree student at a Bandra college. This newspaper has learnt that the suspect is also planning to seek anticipatory bail from the court.

Investigating Officer Vinod Chimada said he visited the Mira Road home of the young man, who is a serial violator of traffic rules, but he was not there. “Only his sister was present and his grandmother had gone for prayers,” he said. 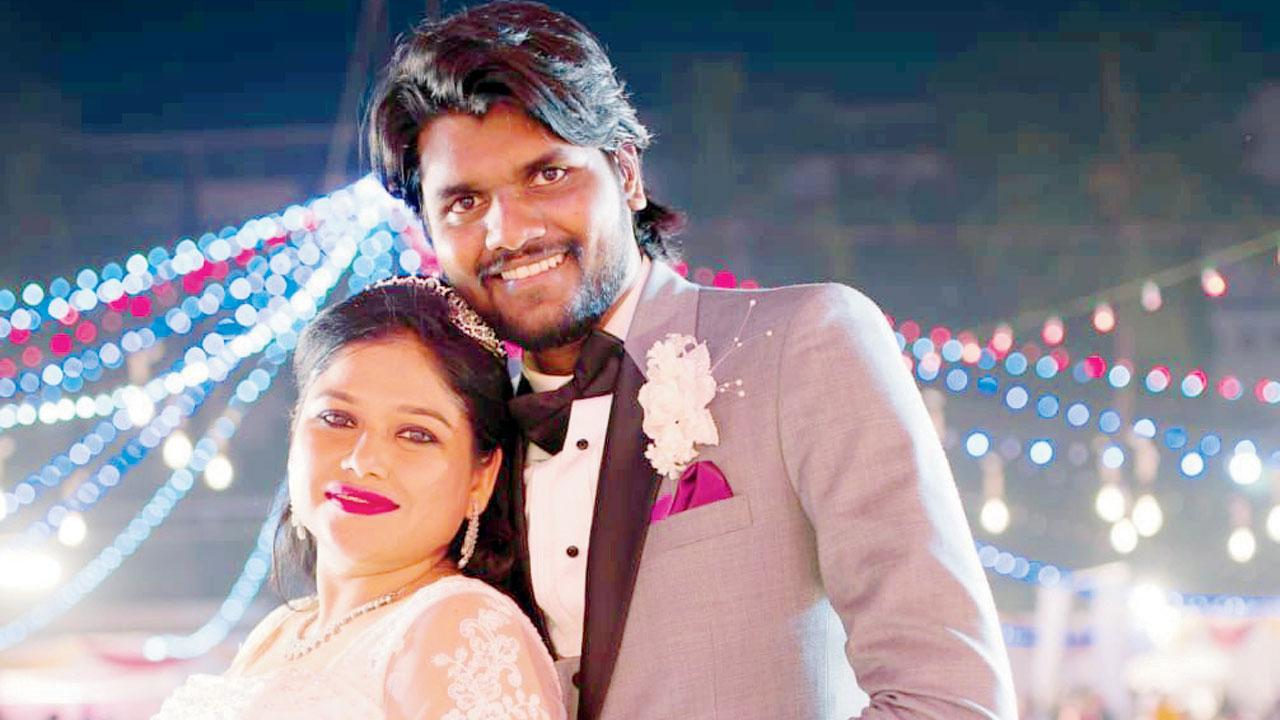 Victim with his wife Jyoti

Narendra Shinde, senior inspector of Samata Nagar police station, said the suspect has switched off his mobile phone after reports by this newspaper. After being informed that his WhatsApp was active and the police could track him down through his WiFi, the investigating officer said he would try to do that.

Also read: Mumbai: A month on, cop pulled up for not solving Thane executive's death

The Samata Nagar police registered a case after Thane resident Harry Bastian, 32, was tossed and fell to death from the Sai Dham flyover at Kandivli on the Western Express Highway in the early hours of August 29. An eyewitness and other motorists said Bastian, who was riding a two-wheeler, was hit by a BMW car. As per Bastian’s family, Chimada cited grainy footage of a CCTV to express his inability to crack the case.

The seemingly dead case got a fresh lease of life after the owner of an Andheri garage read mid-day’s report on September 26 and came forward to provide pictures and other details of a BMW car with a damaged fender that arrived at his workshop on the night of August 29, several hours after Bastian’s death. He visited the MIDC police station but the cops didn’t entertain him.

‘They sat for a month’

Bastian’s relatives said they were heartbroken that investigating officer Chimada couldn’t make any headway for a month. “He didn’t show us the CCTV footage. Instead, he has given us a grab from the footage in which the registration number of the car is not legible. I have conducted a survey on my own and found multiple CCTV cameras on the stretch,” said Bastian’s mother Elizabeth. Chimada did not reply when asked if he had scanned the footage of multiple CCTVs on the stretch where Bastian died. 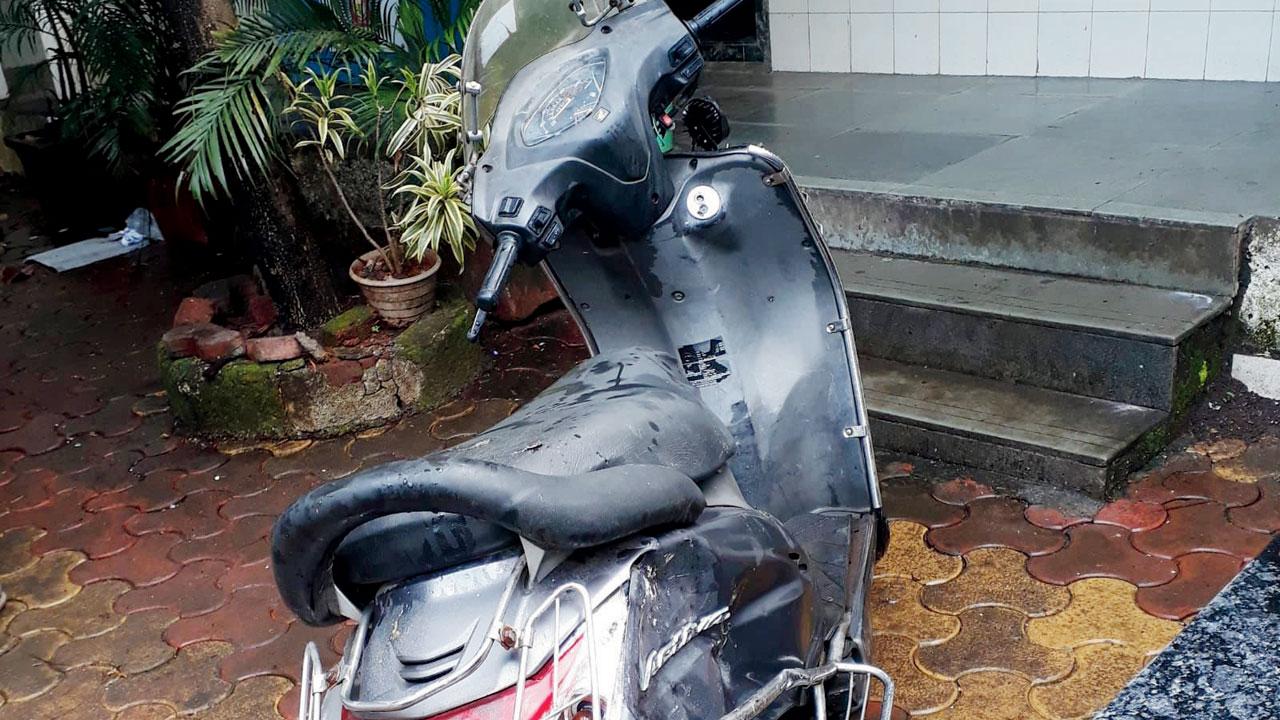 Harry Bastian’s scooter after the mishap

As mid-day revealed several details, Bastian’s cousin Clement Dass said that the Samata Nagar police had claimed a Skoda car was involved in the accident. “I don’t think Vinod [Chimada] can handle the case, as he has not done anything till date to crack it, even after you have served everything about the suspect on a platter,” he said.

Bastian’s brother-in-law Jackson Banala said, “Their Skoda claim shows the police officers were not even sure of the make of the car. The cops pulled up their shocks only after mid-day published the photographs.”

Victim’s wife Jyoti Bastian said the case would have been solved by now had the senior officers taken a keen interest since the beginning. “But nothing happened as such. It’s very disturbing as my whole world is ruined. I have to look after our 16-month-old daughter, my widowed mother-in-law and unmarried sister-in-law and run the house. The officers should take it seriously. I want to see the face of the person who killed my husband,” she said.

“If the suspect is a frequent flyer to Dubai, the chances are very high that he may escape the country to evade his arrest. It will be impossible for Mumbai police to arrest the accused if he leaves the country,” said Dass. Sources said the Mumbai police chief often calls for meetings at regular intervals with senior officers to discuss strategies to crack unsolved or complex cases. But it is unclear what line of action was decided in this case. Calls and messages to Joint CP (Law and Order) Vishwas Nangre Patil, Additional CP Virendra Mishra and DCP Somnath Gharge went unanswered.

Next Story : I was framed by a businessman and city cops: Raj Kundra