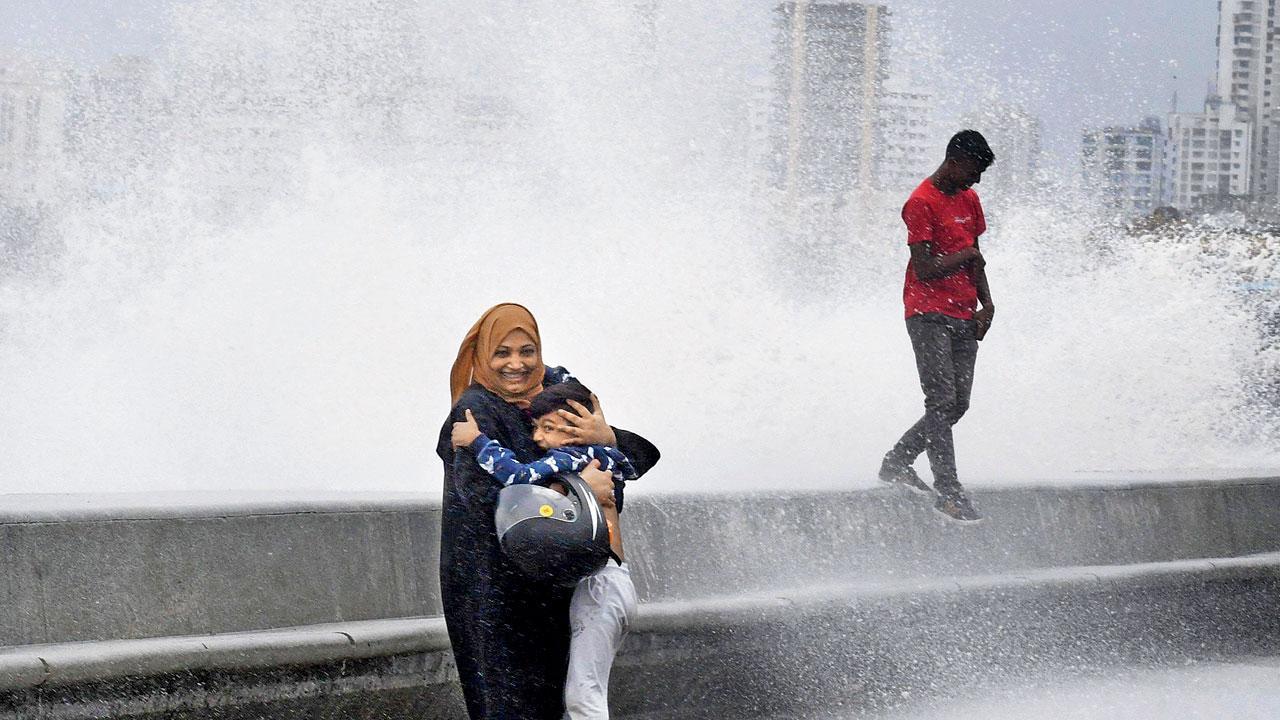 People enjoy the weather at Marine Drive on Tuesday. While weathermen predict the intensity of the rain will decrease, the next few days will be wet. Pic/Ashish Raje


Mumbai on Tuesday had the first rainfall this season that could be recorded in three digits. According to the India Meteorological Department (IMD), on Tuesday, the city received its heaviest rainfall in three weeks over the course of the night, with the Santacruz weather observatory recording 123.6 mm rain.

The reason behind the downpour was the combined influence of a westward-moving low-pressure area over the Bay of Bengal. “There is also a low-pressure area just off the Mumbai coast and these are having a push and pull effect on the active monsoon trough in the vicinity of the Konkan,” said an official with the IMD’s Regional Meteorological Centre (RMC) in Mumbai.

The IMD’s Colaba observatory received 55 mm rain at the same time. According to the weatherman, the formation of a vortex in the Arabian Sea drew rainfall over the north and central parts of the city, more than south Mumbai.

Next Story : Mumbai: Nalasopara woman rescued 7 hrs after falling into a creek