Residents say MbPA should follow Central govt’s solid waste management rules; but authority says they don’t have control over waste as it is the personal property of fish suppliers 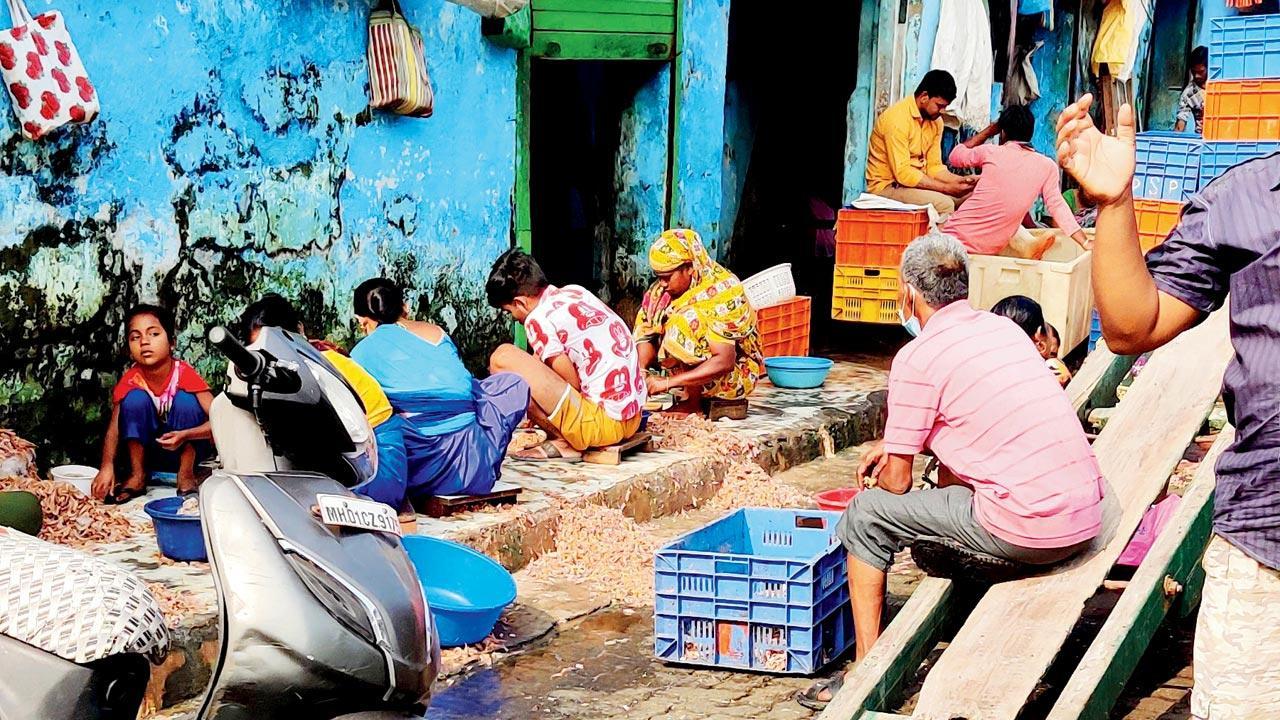 
Sassoon Dock residents have complained about the stench emanating from untreated fish waste on the road and demanded that the port authority implement the Central government’s notification on solid waste management. Fisher associations said the Mumbai Port Authority (MbPA), which has control over the dock, should provide them with the service.

The port authority, however, in a letter to the residents, stated that they do not have control over waste as the waste generators, fisher associations in this case, earn revenue from it. MbPA further said that the modernisation of the dock will take two more years.

The Sassoon Dock, built in 1873, is one of the oldest and largest fish exporting ports in the country. Tonnes of fish arrive here and are exported throughout the year. The issue, locals said, is that the fish waste is left on the road throughout the day and is collected only at late night. 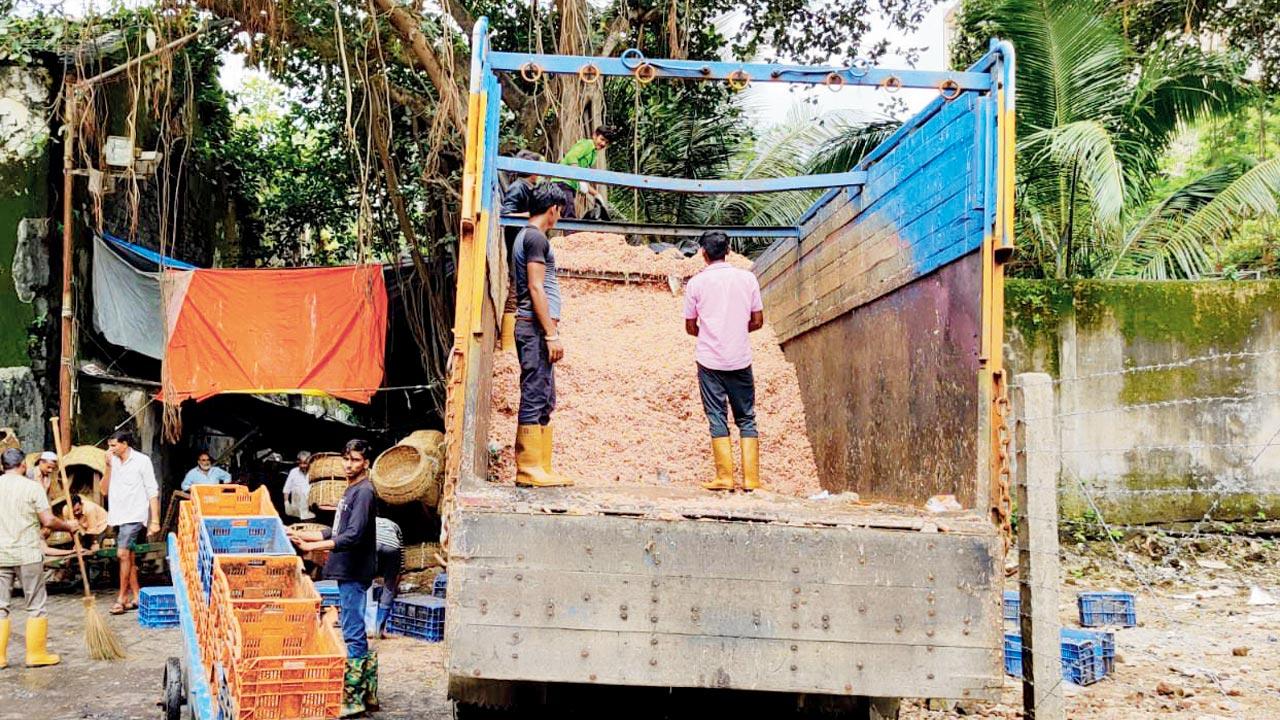 Fish waste being loaded onto an open truck at Sassoon Dock

“Prawns are peeled on the roadside and sold to buyers, unmindful of basic hygiene. Prawn peels rot through the day and the stench pollutes the air all round. This untreated fish waste is then loaded onto open trucks and allowed to exit post 10 pm,” said Renu Kapoor, member of Colaba and Cuffe Parade Residents Also Matter (CRAM). She added, “When we complained to MbPA, they told us that they cannot control the waste. The authority continues to permit fish waste to be dried in the open.”
Kapoor said MbPA in its letter to the Lokayukta mentioned that they are governed by the Central government and not the state. Ashit Vora, another member of CRAM, said that despite being a part of the Centre, MbPA is not following the Central government’s notification on solid waste management.

“The plan of modernisation of the port was declared in May 2014 and accordingly a contract was awarded for waste management at a cost of R8 lakh per month in 2016. But this plan was never implemented,” said Vora.

As per the rule, any establishment, generating more than 100 kg waste and a building having an area of more than 5,000 square feet, has to segregate the waste and ensure proper disposal. The rules further add that biodegradable waste should be treated and disposed of through composting or other means within the premises as far as possible.

Devendra Tandel, president of Akhil Maharashtra Machhimar Kruti Samiti, told mid-day, “The dock has been here for the last 150 years. We can understand that the residents may get the stench of fish. The stench issue escalates in the rainy season. The MbPA should provide us with a separate place for sorting and peeling of prawns, with affordable rent.”

Tandel said, “Even if the waste, which is being used as bird feed, is generating revenue, MbPA should still make stringent guidelines on handling it.”

Rajiv Jalota, chairman of MbPA, did not respond to mid-day’s calls and messages.

However, MbPA in a letter to Kapoor on September 19, stated that the contract for treatment of fish waste has been awarded and during the first year around 20 to 25 metric tonnes of fish waste was treated. The authority further claimed that of the two fisher associations, one stopped supplying the fish waste to the contractor. It said that as the waste is the personal property of the suppliers there, MbPA cannot insist that they take it out of the dock area.

The letter also mentioned that the project of modernisation of the port got delayed and is likely to be completed by 2024. Once the project gets completed, the entire waste will be processed in Sassoon Dock itself.

2024
Year when port modernisation is set to be done