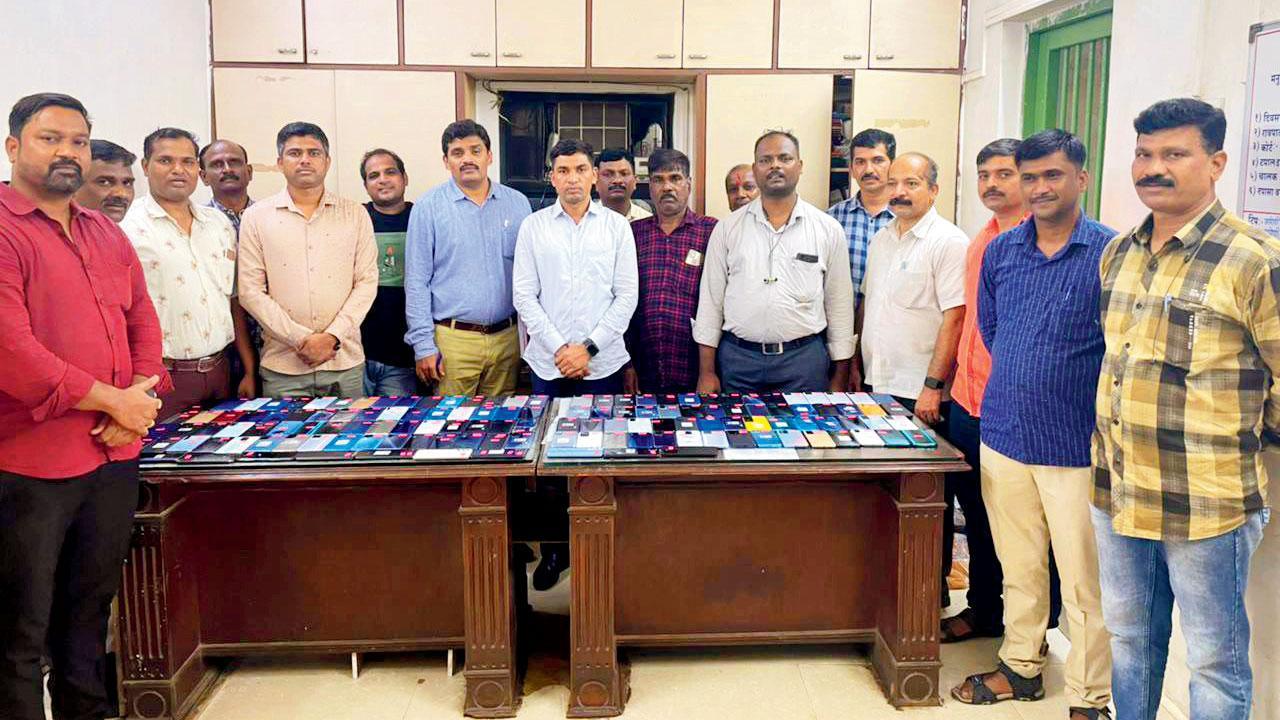 
Within a span of a month, the Mumbai police busted a series of stolen smartphone rackets, recovering nearly 800 devices and apprehending 21. It was revealed that high-end stolen phones would be smuggled to Nepal and Bangladesh while old ones were circulated in various parts of the country.

In June 2022, constable Sambhaji Kolekar of crime branch unit 6 received a tip that a resident of Maharashtra Nagar in Mankhurd was buying stolen or lost smartphones. Inspector Ravindra Salunkhe, in-charge of unit 6, formed a team to verify this and gauge the modus operandi of the culprits.

On July 15, the team raided a house in Mankhurd and recovered 490 smartphones, including 41 iPhones. The officials have also nabbed two accused, who were identified as Mehboob Khan, 37, and Fiyaz Akbar Sheikh, 31. The crime branch raided another place in Nagpada on August 12 and recovered 135 phones.

“Till now we have arrested 12 accused in connection with the racket. The phones were stolen on buses or snatched by bike-borne perpetrators. Most of the snatchers are from Mankhurd or Govandi so the receivers are also significant in number in these areas,” said Salunkhe.

“iPhones were sent outside the country only if their Apple ID was cracked, hence their parts were being sold in the local market,” said another crime branch official.

Soon after the raid, the Mankhurd police arrested a person on July 21 and learned about another racket. “Till now, we have recovered 78 mobile phones and arrested seven in connection with the crime. Two of them acted as receivers while others were snatchers,” said inspector Raju Surve of the Mankhurd police.

The prime accused of the racket is Ashfaq Ahmed Abdul Aziz Sheikh, 29, a resident of Shivaji Nagar. “On the surface, he was a teacher at a Madarasa but in reality, he was a prime receiver of stolen phones. He was sending the phones to Nepal and Bangladesh through his contacts,” said another officer.

In another crackdown, on August 8, the Trombay police recovered 72 phones as well as spare parts and nabbed two. More arrests are likely.

“The stolen phones were being collected by the receivers in Mankhurd and Shivaji Nagar and sent via courier to Kolkata or northeastern states from where they would be smuggled across the border. Bangladesh appears to be a big market for such phones.

Police stations have been instructed to stay vigilant in order to put an end to the menace. “We are vigilant and have activated informers as it appears that stolen phones are mostly being collected in Mankhurd and Shivaji Nagar,” said a senior police officer.