Although the father and son had received deep injuries during the attack, they are out of danger 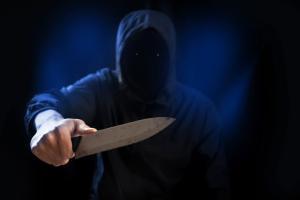 
In a shocking incident, a father-son duo were stabbed by their neighbour for playing loud music during a birthday celebration in Gorai in Borivli West.

While speaking to Mumbai Mirror, Inspector Dhananjay Ligade of the MHB Colony police station said, "The accused has been arrested and booked under Indian Penal Code (IPC) Sections 307 (attempt to murder), 504 (intentional insult to provoke breach of peace) and 506 (II) (criminal intimidation), the injured are recuperating in a hospital in Borivli."

According to the police inspector, the incident took place on Friday at around 11 pm when a birthday celebration was underway at Arjun Shingare, a 55-year-old businessman's residence. Arjun runs a provision store Gautam Nagar Ekta Sangh, near the Gorai bus depot in Borivli West.

While loud music was played during the birthday celebrations at Shingare's residence, a 30-year-old neighbour protested several times requesting them to stop the music as it was beyond the deadline. However, when Shingare and his party revelers refused to stop playing the music, a heated argument took place between Arjun and his neighbour.

Although the father and son had received deep injuries during the attack, they are out of danger, the officer said. After the police were informed about the whole incident, a police team was deployed which managed to nab the accused. "Even the accused has filed a complaint of assault and violation of noise pollution against the father-son duo. We are also investigating the accused's complaint," Ligade said.

Next Story : Raillways, commuters must make AC trains a hit