Latest burglary was at home of senior citizens in Juhu, took jewellery and phone 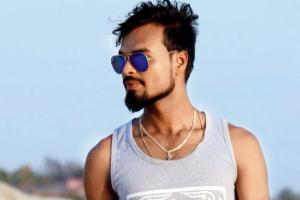 
A Tik Tok star has been arrested by the Mumbai police for his alleged involvement in a housebreaking case. The accused, identified as Abhimanyu Gupta, is a Kurla resident. According to the police, on January 19, they received a complaint from a senior citizen couple who live in the jurisdiction of the Juhu police, that someone had broken into their house and taken gold ornaments weighing 150 gm and a mobile phone worth Rs 4.75 lakh rupees.

Gupta is a famous personality on the Tik Tok app and has 9.18 lakh followers. "We registered an FIR against the accused under various sections of the Indian Penal Code. During investigation, we scanned CCTV footage of the building where the senior citizen couple live," an officer said. "The initial footage was not clear and we were unable to identify him. However, when we scanned some more CCTV footage we finally found a clear image of him. With the help of human intelligence and CCTV camera footage we arrested him from Kurla," he added.

"While we had arrested him on May 28, we could not recover the stolen property from him. After days of questioning, Gupta finally broken down and revealed that he had given the gold and phone to one of his friends," the officer added. Pandharinath Wavhal, senior inspector, Juhu police station said, "When our team visited his friend's house, they found the stolen items. Gupta's friend told us that Gupta had given him the items saying they belonged to his wife and requested him to keep them with him for a few days." Hari Biradar, investigating officer, said, "This accused is a habitual thief and has four to five cases against him. He was produced before the court on Wednesday and has been remanded in judicial custody. We are investigating if he has committed any more crimes in our jurisdiction."

9.18 lakh
No. of followers that Abhimanyu Gupta has on Tik Tok