Anti-narcotics cops nab two Thane men smuggling over 200 kg of ‘pure quality’ ganja from Odisha; hunt on for at least eight other members 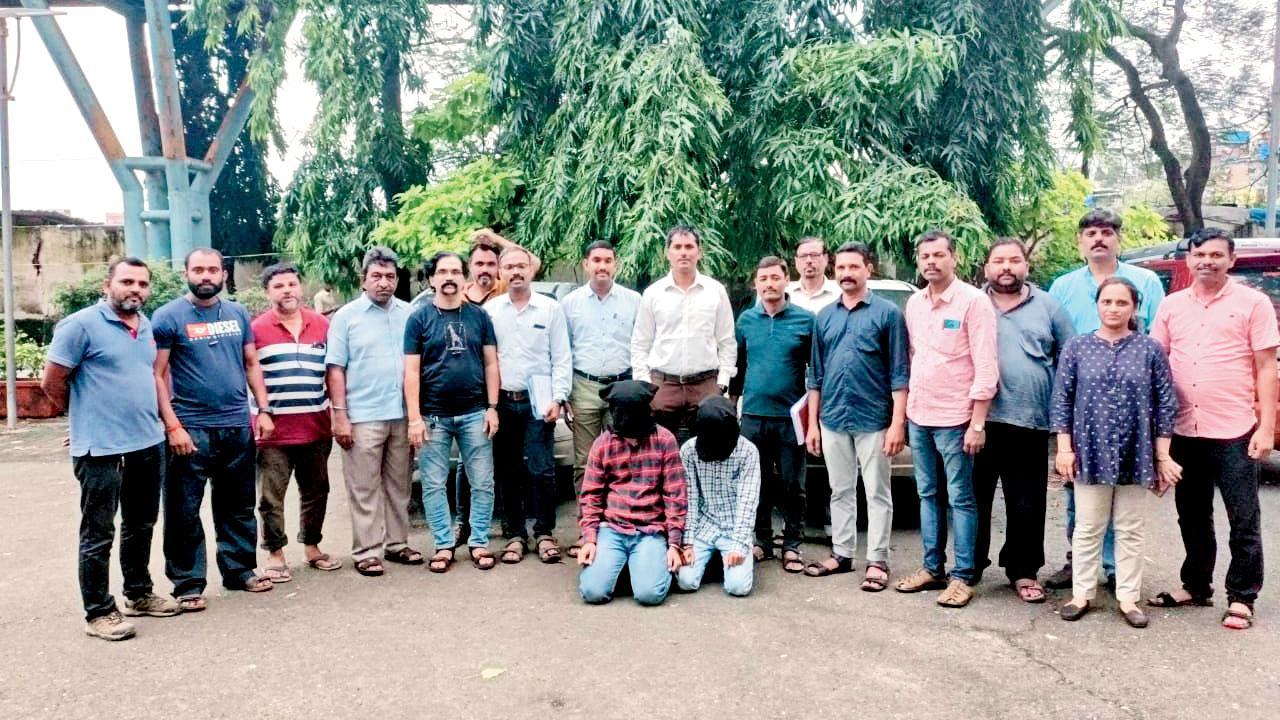 The ANC cops with the two accused


A major drug haul by the anti-narcotics police has led to the arrest of two Thane residents and the discovery of a gang that had been smuggling at least 200 kg ‘pure quality’ ganja every night to Mumbai from Odisha for almost a year.

The anti-narcotics cell (ANC) of the Mumbai Crime Branch identified the accused as Raju Ramesh Lohare, 24, and Ashwin Kumar Sharma, 32, who were arrested from Bhandup. “The duo was using four-wheelers to smuggle drugs into Mumbai on a daily basis. Two cars have been seized in which a special cavity was made to dodge law enforcement agencies,” said Datta Nalawade, deputy commissioner of police, ANC, Mumbai Crime Branch.

According to the officers, at least 8-10 members of the gang operate from Thane. “The gang travels via road thinking the security check would not be as strict. They usually travel at night when the presence of police on state borders is low,” an officer said.

“The gang always used two cars. While one car carried the consignment, the second stayed at least 2 km ahead to guide the others through security checks and nakabandis on highways. In case of a red signal from the second car, the first would halt at a hotel on the highway until getting a go-ahead. They communicated over the phone,” the officer said.

Officers said the gang operated for the past year without getting caught, and that the members do not have any prior offence registered against them. Some of them are well educated and evaded any scrutiny by the police on the highways, they added.

It was a tip-off to the ANC’s Bandra unit that busted their racket. “Two Suzuki Dzire cars were stopped on the Eastern Express Highway (EEH) near Bhandup and around 266 kg of ganja worth Rs 82.5 lakh was recovered from a special cavity in the car,” Nalwade said.

Next Story : FYJC admissions: More than half of the first list allottees did not confirm seats