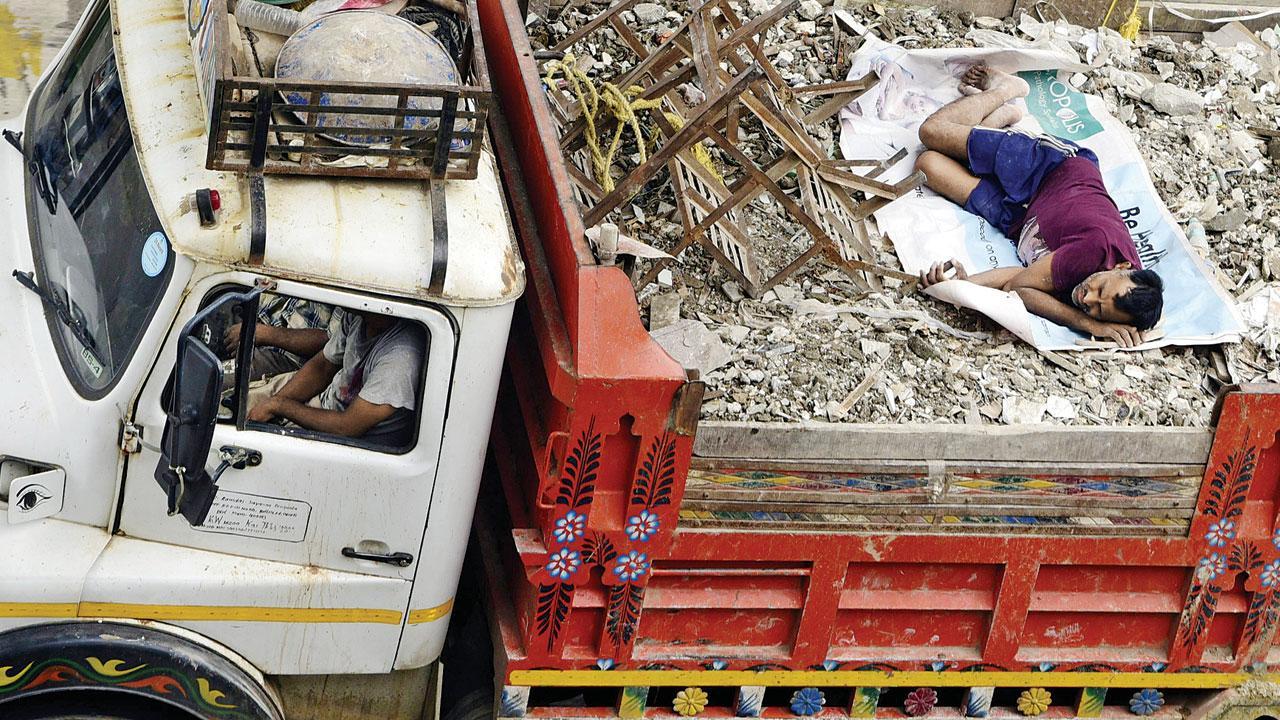 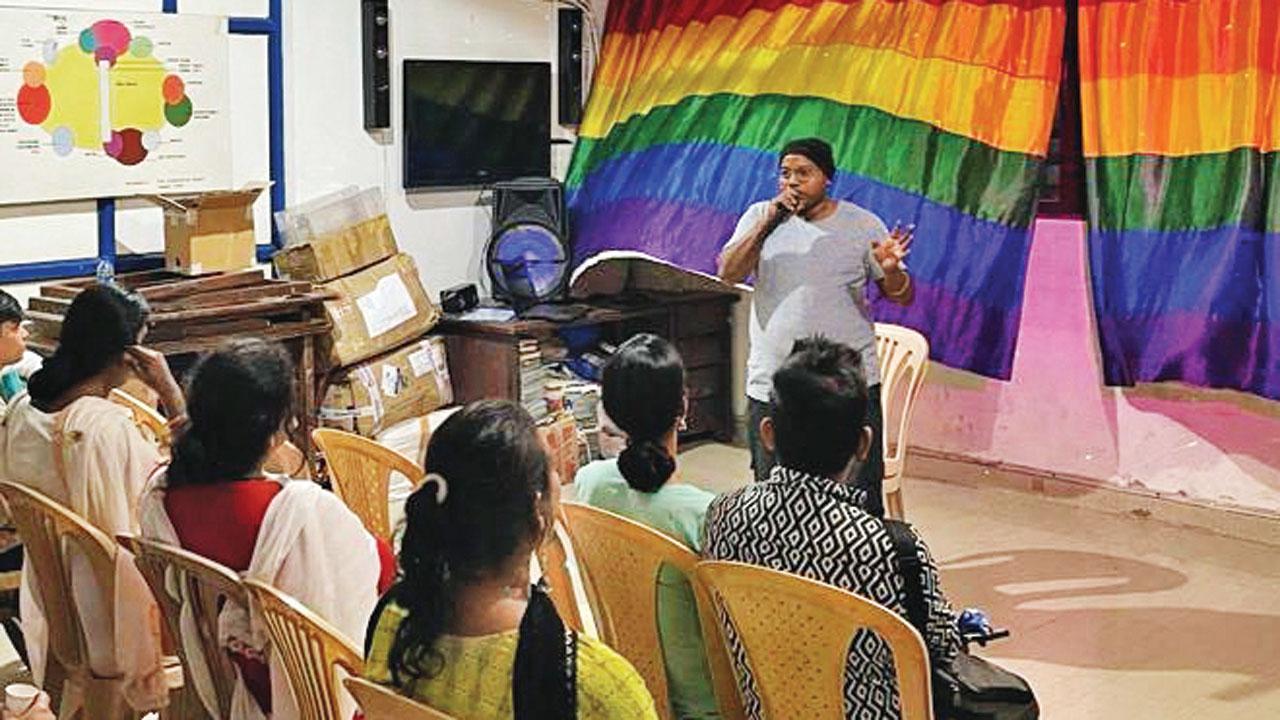 The pandemic came with abundant health troubles, but the heightened use of online platforms and social media during the period, added to all our digital security woes too. This diarist has learnt that the Humsafar Trust will be holding a digital security awareness workshop today, at its office in Santa Cruz, with members identifying as LBT (Lesbian, Bisexual women and Transmasculine persons). This will be the organisation’s first physical meeting after the pandemic. “Many a time, LBT persons find it easier to open up to people they meet online rather than communicating with people in their offline life. This invited trouble. Through this workshop, we will apprise them of ways to be safe online, how to ensure strong passwords and be far from any hovering danger,” says advocacy officer at Humsafar Trust, Raj Kanaujiya. 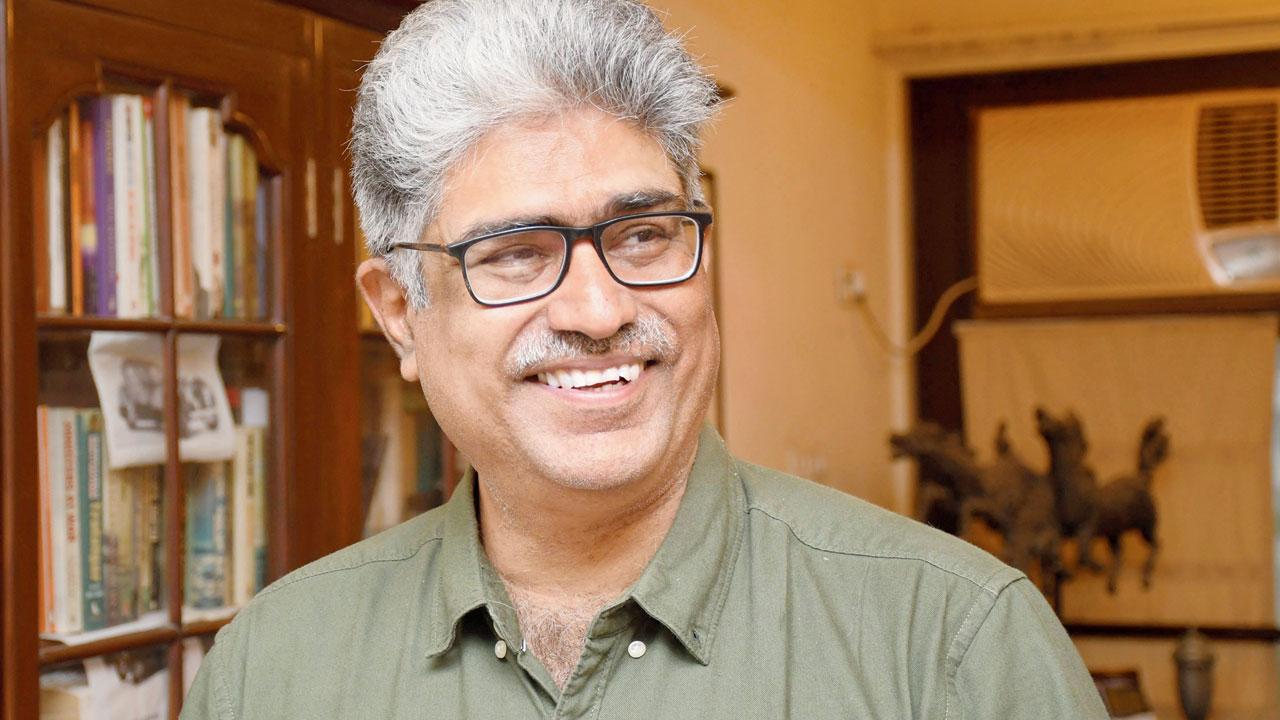 Mumbai’s built heritage won big at the just-announced 2022 UNESCO Asia-Pacific Awards for Cultural Heritage Conservation. Of the 13 projects from six countries—Afghanistan, China, India, Iran, Nepal and Thailand—that were acknowledged for the awards by the international jury, Chhatrapati Shivaji Maharaj Vastu Sangrahalaya Museum bagged the highest honour, Award of Excellence, for a “conservation approach [that] deftly incorporated both traditional craftsmanship and rigorous techniques for stabilising 20th-century materials like reinforced concrete”. Byculla Station received an Award of Merit, for the “commendable effort of the project team to rescue Asia’s oldest railway station” and providing a prototype for restoring and utilising historic railway heritage. Conservation architect
Vikas Dilawari, who undertook the restoration at CSMVS, says, “This is a proud moment for the city.”

Hair there, we enjoyed this, Farokh Engineer! 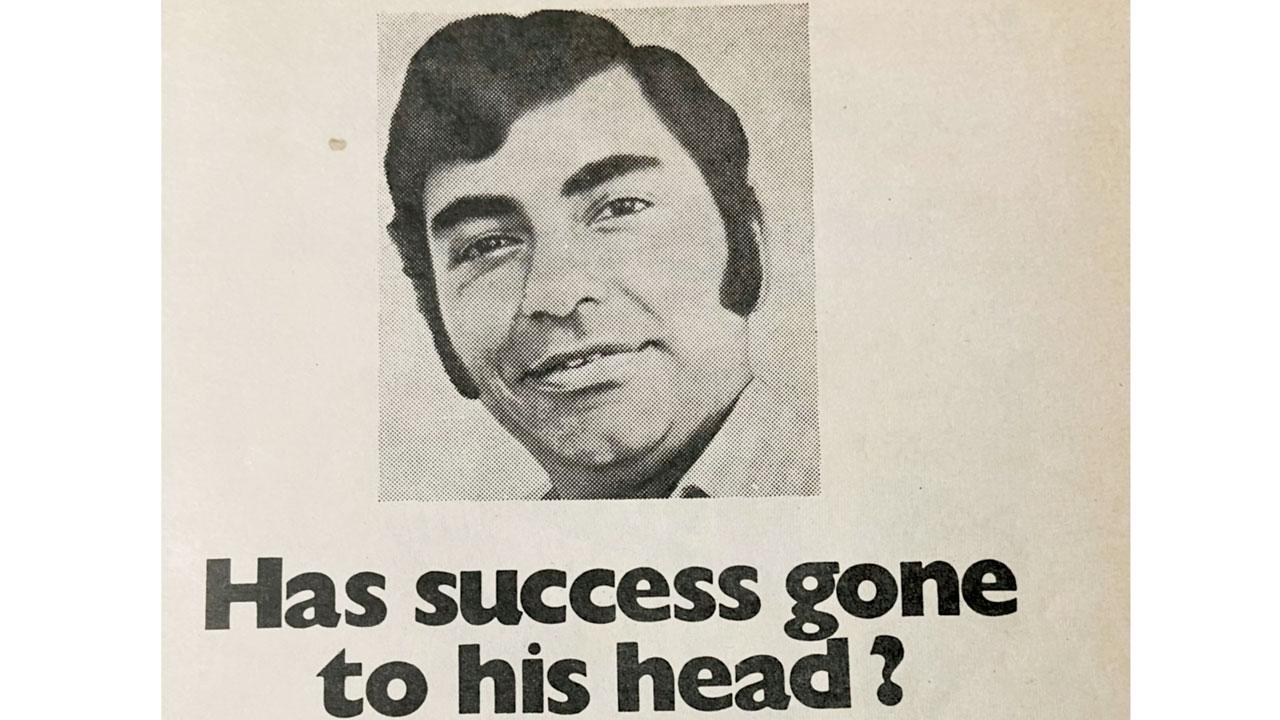 Current cricketers or for that matter, even former players endorse an array of brands. But a few decades down the track, would you remember most or even some of those advertisements? Not quite. This diarist stumbled upon a hair cream advertisement published in 1973, featuring then India star cricketer Farokh Engineer. This was both impressive and memorable. To the question in the advertisement (see pic), Engineer states: “I don’t let anything go to my head really.” But he makes an exception—the “protein-enriched” hair cream. Engineer, however, was not the first Indian cricketer to advertise for a hair-grooming product. Vinoo Mankad and GS Ramchand did so as well. But, this one is our favourite. 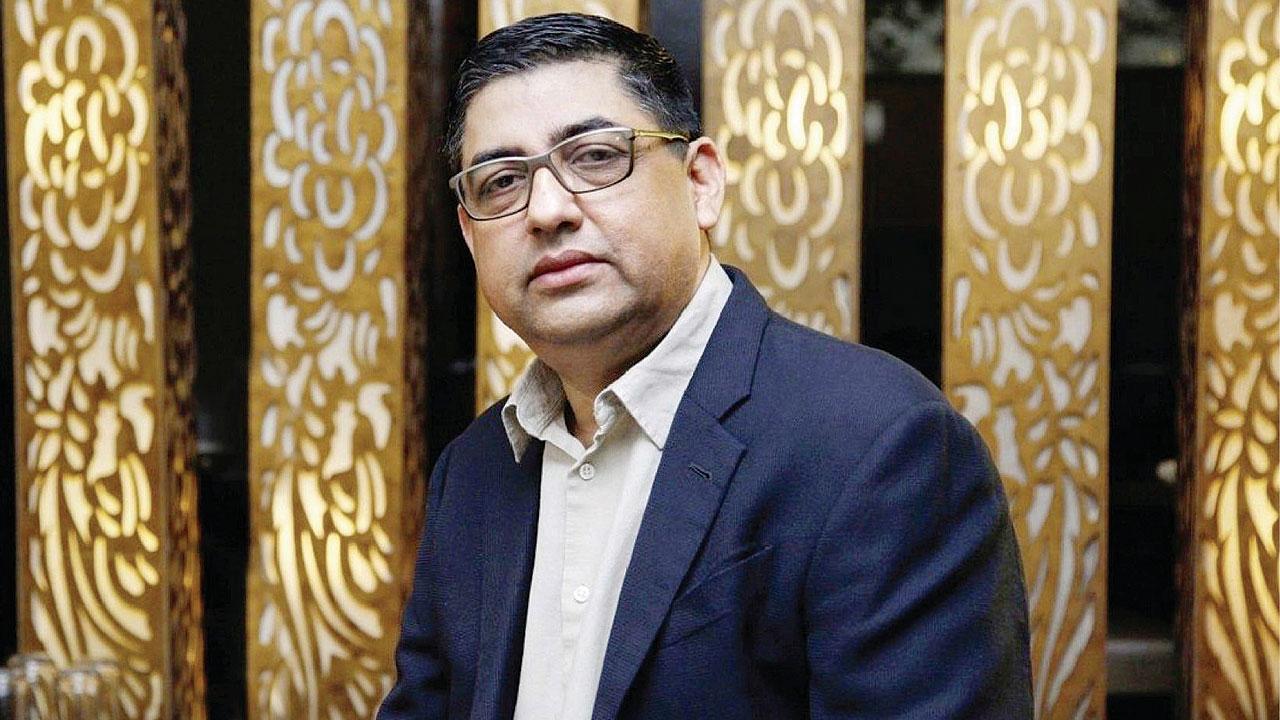 As hotelier Anjan Chatterjee, the man behind Mainland China, Oh! Calcutta, Sigri, Hoppipola, among others, marks 30 years since he opened his first restaurant, this diarist reached out to him to say, happy 30th! Talking about the lessons he learnt over the years, he says, “Passion is the main driving force,” adding, “The business is ever changing, so one has to be quick-footed and also have his ears close to the ground to understand the changing rhythm.” One mistake that people venturing into the food and beverage industry should avoid, he said, “be as less dependent on debt; it could mean serious trouble later on.” When asked about his favourite IP among his restaurants, he picked Tardeo gem, Oh! Calcutta. Interestingly,  this was the very restaurant with which he started his journey as a hotelier (then called Only Fish). Calling it his “eldest son”, he says, “Oh! Calcutta will always be my favourite because that’s how the journey began. It is something that I built on my mother’s cuisine or one can say my childhood cuisine. Last year, we took it to London.” It’s easily Mumbai’s best Bengali eatery and we guess it’s now wowing Englishmen too. 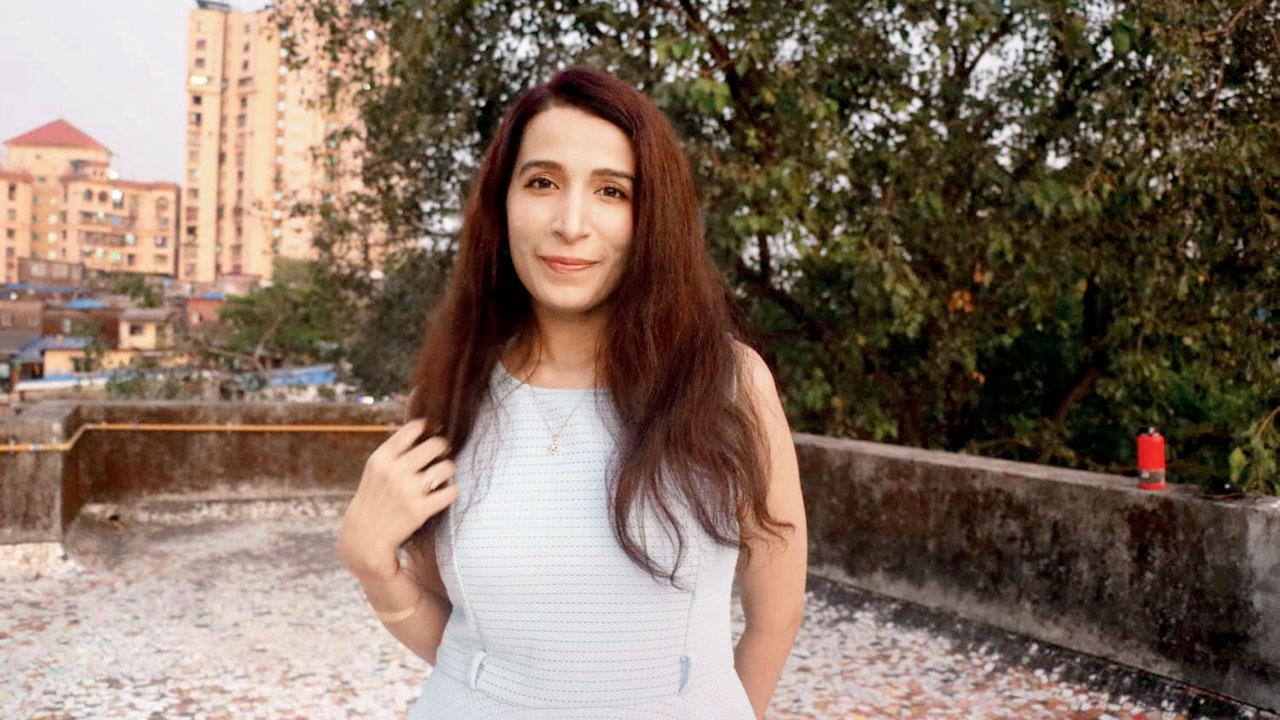 Former Mumbai-based RJ and voiceover artiste Deepti Dani confesses she was living under a rock for the longest time. “I’d never heard of Peppa,” she says. When the opportunity to lend her voice to its female characters came her way, she remembers Googling about it. “I read that Quentin Tarantino was a huge fan of the show, and watched it with his son. He called it ‘The greatest British import of the decade’,” she shares. Dani, who is the voice behind Mummy Pig, Granny Pig, Madame Gazelle and Miss Rabbit in the Hindi version of the British animated series, says landing the big job was surreal. “I was a last-minute addition to the team that joined Peppa Pig Hindi,” she says, adding, “All the four characters are so different from each other. And that’s where the voice modulation comes in. Madame Gazelle was my most favourite character... She reminded me of Ms Braganza from Kuch Kuch Hota Hai. I deliberately went high-pitched for her.”

Next Story : The magazine by, of and for Pathare Prabhus