All the injured have been rushed to Breach Candy Hospital 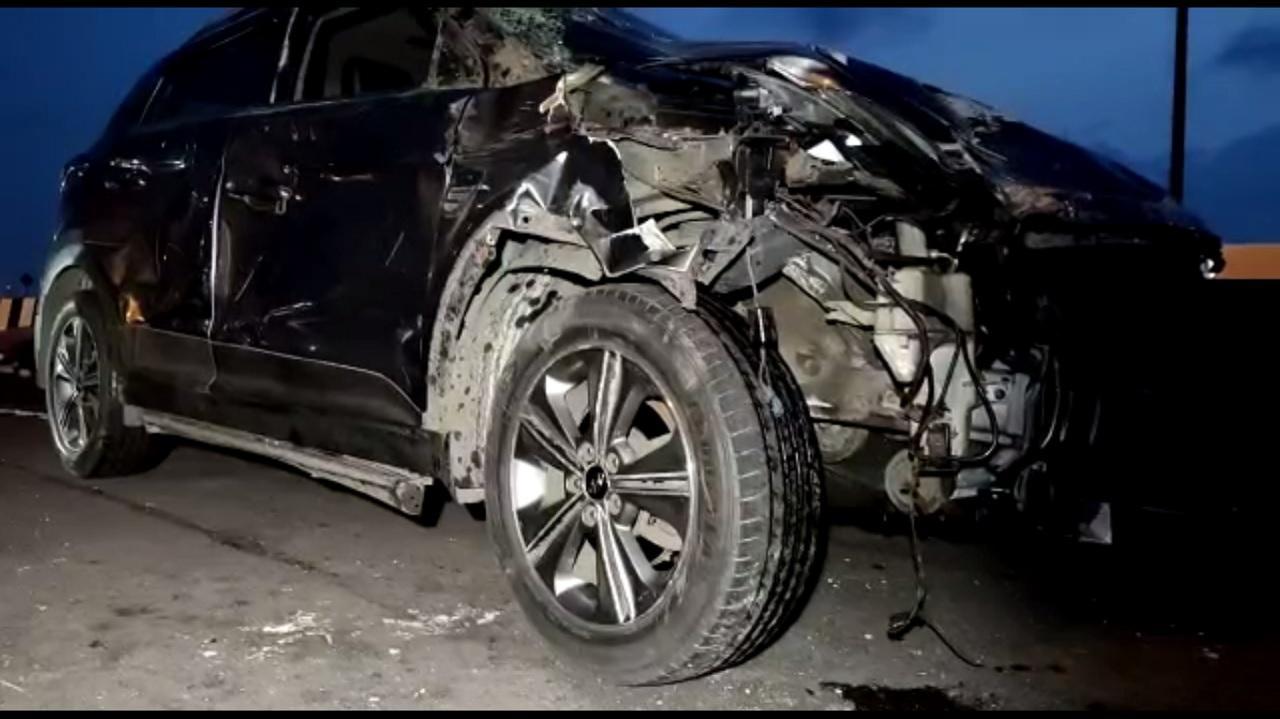 A screen grab from a video


At least five people died and eight were injured after a speeding car rammed into a crash site on the Bandra-Worli sea link in Mumbai early on Wednesday.

The incident took place around 2.53 am when a car rammed into an ambulance that had come to pick up the injured. All the injured have been rushed to Breach Candy Hospital.

5 dead, 8 injured after a collision between four cars and an ambulance on Mumbai's Bandra Worli Sea Link
Images: ANI

According to police, the accident occurred in the southbound lane of the sea link. Around 2.20 am on Wednesday, a car met with an accident. An ambulance was rushed to the spot to take the injured to hospital. When the rescue operation was on a couple of cars stopped to help medical professionals. That is when around 2.53 am a speeding car crashed into the stationary vehicles, resulting in the deaths of five people.

Out of them, 10 were rushed to BMC-run Nair Hospital of which five were declared dead. Three are under treatment while two were allowed to go after treatment.

A personnel of sea link security and two more injured in the accident have been shifted to Lilavati, Saifee and Global Hospitals.

DCP (zone 3) confirmed the death of five persons. "We have checked the CCTV footage of the accident and it appears that a vehicle dashed to people waiting near the ambulance. We are in process of registering statements of injured to get more details," he added.

Next Story : All eyes on Mumbai as Dussehra rallies of Shiv Sena factions in city today