Mumbai: Ganesh idol makers give clay a big thumb’s down 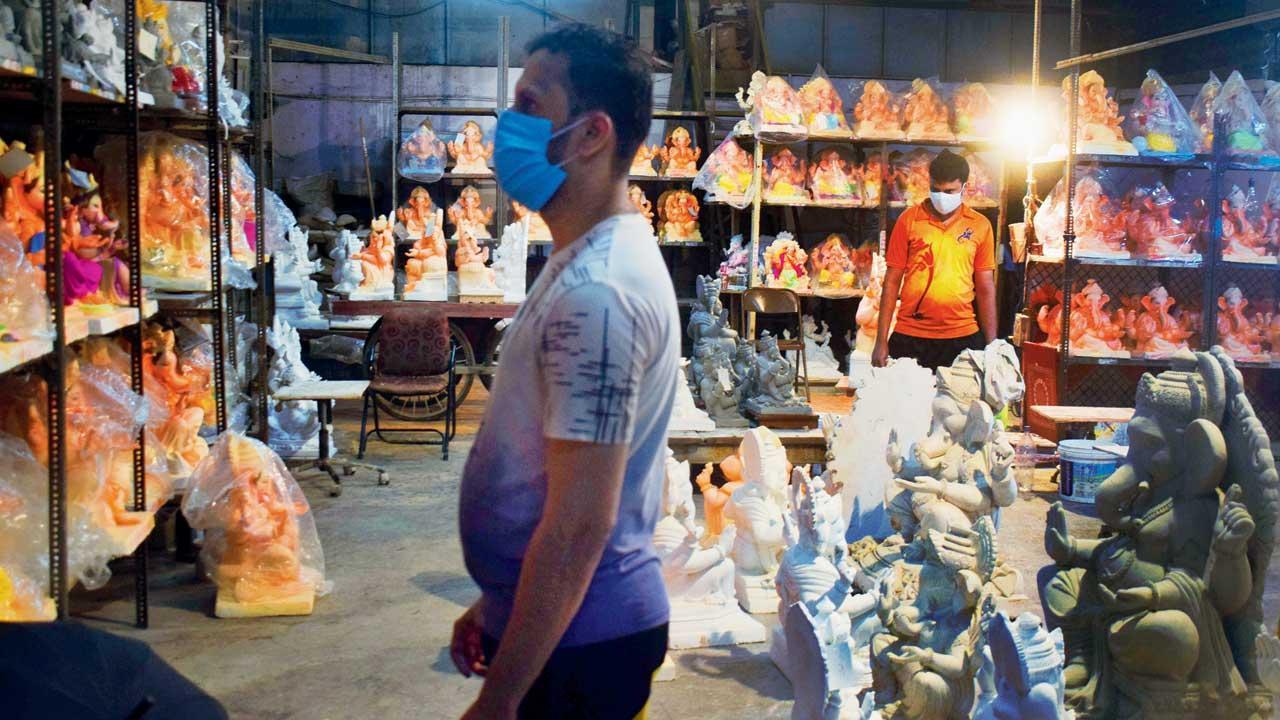 
The Brihanmumbai Municipal Corporation (BMC) wants idol makers to refrain from making plaster of Paris idols for Ganesh utsav, but murtikars have requested that they be allowed to use the material for idols. In a meeting on Thursday, the civic administration again asked sculptors not to make PoP idols but they are adamant on using the material, as they say it is not possible to make more than two lakh idols of clay.

In May 2020, the Central Pollution Control Board issued detailed guidelines banning PoP idols, which are said to be the cause of serious pollution of water bodies. However, the ban was postponed for one year after idol makers expressed fear of losing their livelihood due to it. After two years the BMC has sent a notice to sculptors instructing them not to make PoP idols.

“The BMC has instructed us not to make PoP idols as per the CPCB regulations. But it is not possible to make more than two lakh idols with clay,” said a murtikar. “For the past two years, the festival was celebrated under Covid-19 restrictions. We have the structure of PoP idols. So we asked for permission to use PoP but the BMC has not accepted our request. We will take a decision about protesting the ban on Saturday, when we hold a meeting,” said Vasant Raje, an idol maker. Recently BMC had sent a notice of rules and regulations to murtikars, stating PoP idols are strictly prohibited. A meeting was also held with BMC officials in this regard in January. But even then the sculptors were in favour of PoP idols.

The Mumbai Sarvajanik Ganesh Utsav Samanvay Samiti’s President, advocate Naresh Dahibawakar wrote to civic chief I S Chahal on Wednesday, requesting sculptors be allowed to make PoP idols this year. “There are  12,000 Sarvajanik Ganesh Utsav and around 2 lakh home Ganesh idols.  It is difficult to make such a large number of PoP idols,” Dahibawkar wrote. The meeting of murtikars was held with Deputy Municipal Commissioner Harshad Kale, but he did not respond to repeated calls regarding the matter.

Next Story : Mumbai: BMC draft voters’ list to be published on June 23