In a meeting with Public Works Department, hospital authorities suggest installing pumps and erecting walls to avoid accumulation of water near the main building 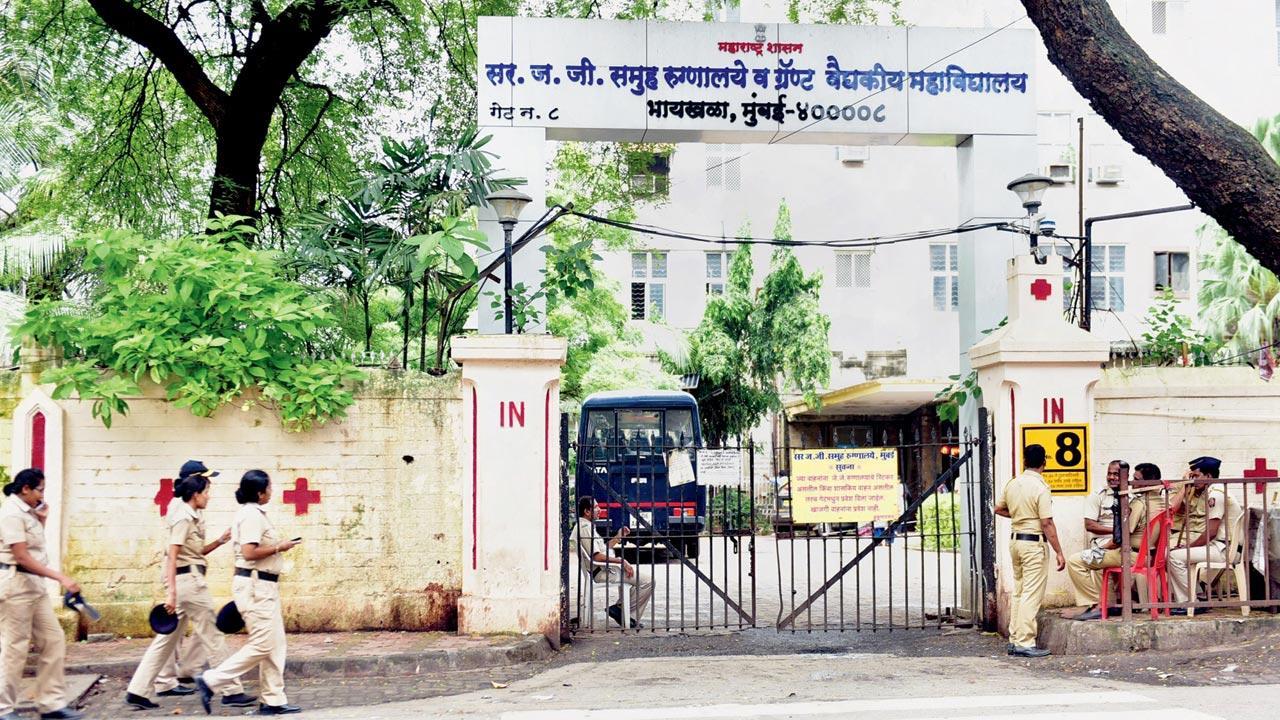 Last monsoon, a sonography machine at Sir JJ Hospital got damaged due to rainwater. File pic


Sir JJ Hospital has geared up to avoid waterlogging during monsoon. In a meeting with the Public Works Department (PWD) on Tuesday, the hospital authorities discussed several measures, from installing pumps to building walls and increasing the width of sewage pipes.

Every year, during the monsoon, the hospital faces two challenges: patients suffering from monsoon-related ailments and waterlogging in the main building area, the ground floor of which was flooded the past two years.

A hospital official said, “The main building is in a low lying area, due to which the water from other buildings gets accumulated here. The ground floor of the main building houses MRI, CT Scan, and sonography departments as well as an emergency ward where serious patients are admitted before being transferred to specific departments. Last year, the sonography machine got damaged due to rainwater. The company also refused to repair it as the contract mentioned that in case of damage due to water, the warranty would not be valid. So, the hospital had to bear the expenses.”

Hospital Dean Dr Pallavi Saple took a review of the vicinity of the hospital to see where waters come from. She said, “It becomes very inconvenient in the monsoon due to waterlogging. Our routine works get affected and there is a risk of expensive machinery getting damaged. I held a meeting with PWD and we are trying to find out the reason behind excessive water getting accumulated in the main building. We have also suggested installing a water pump to avoid waterlogging. Further, if needed, we will build a wall or make a way to divert rainwater.”

In the past few years, other big hospitals like Nair and KEM have also faced similar situations. A BMC official said, “We have identified the spot where the issue of waterlogging can arise and we are planning to install water pumps to counter it.”

2
No. of years ground floor of the hospital’s main building was flooded