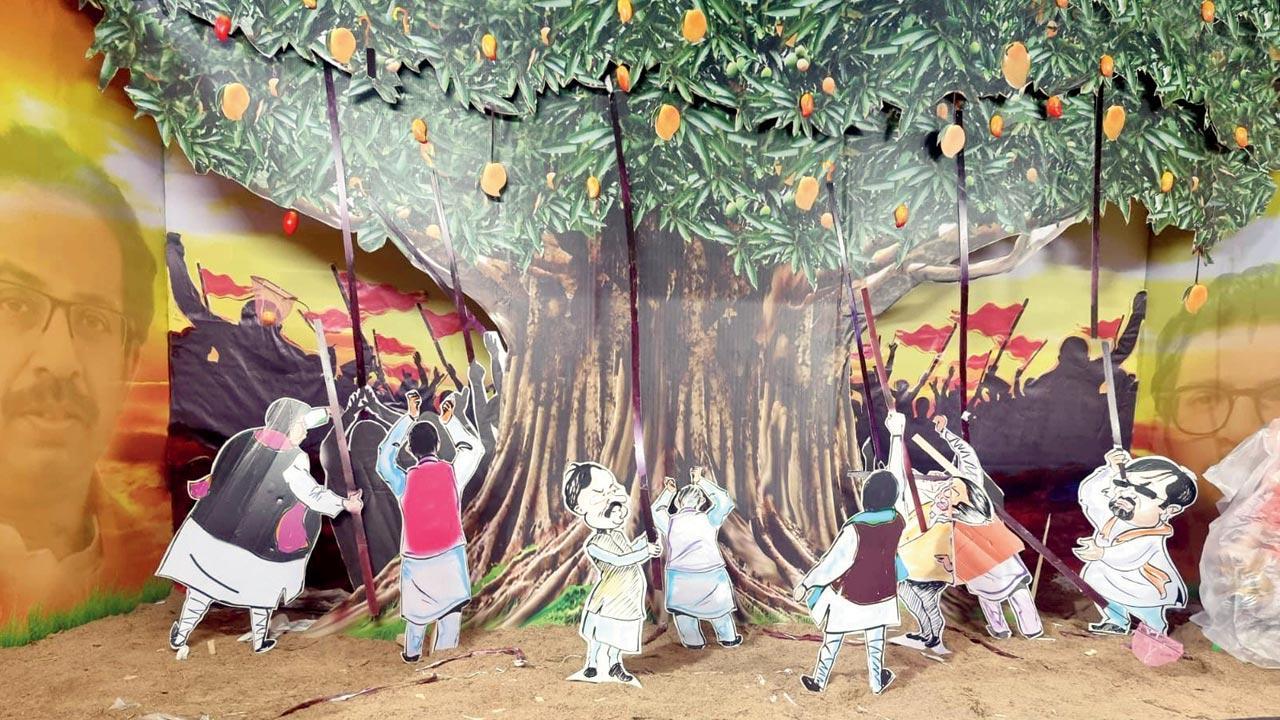 The mandal’s exhibit before being seized by Kalyan cops


Days of freedom to make social or political commentary through Ganeshotsav seem to be a thing of the past for mandals, as one of them has faced the wrath for a satirical exhibit on the Shiv Sena rebellion. The organisers have taken the Kalyan police, which have seized their decoration material, to the high court.

Kalyan's Vijay Tarun Mitra Mandal’s decoration theme this year was inspired by the recent political crisis in the state, wherein over 40 MLAs led by Eknath Shinde split the Shiv Sena, leading to the collapse of the MVA government. Shinde joined hands with the BJP and formed their government in the state thereafter.

The mandal’s theme displayed a huge fruit-bearing tree surrounded by politicians, who are reaping and enjoying the fruits. The theme tries to portray how the rebels, with the support of the BJP, are riding on the popularity of Shiv Sena after ditching its leader Uddhav Thackeray. 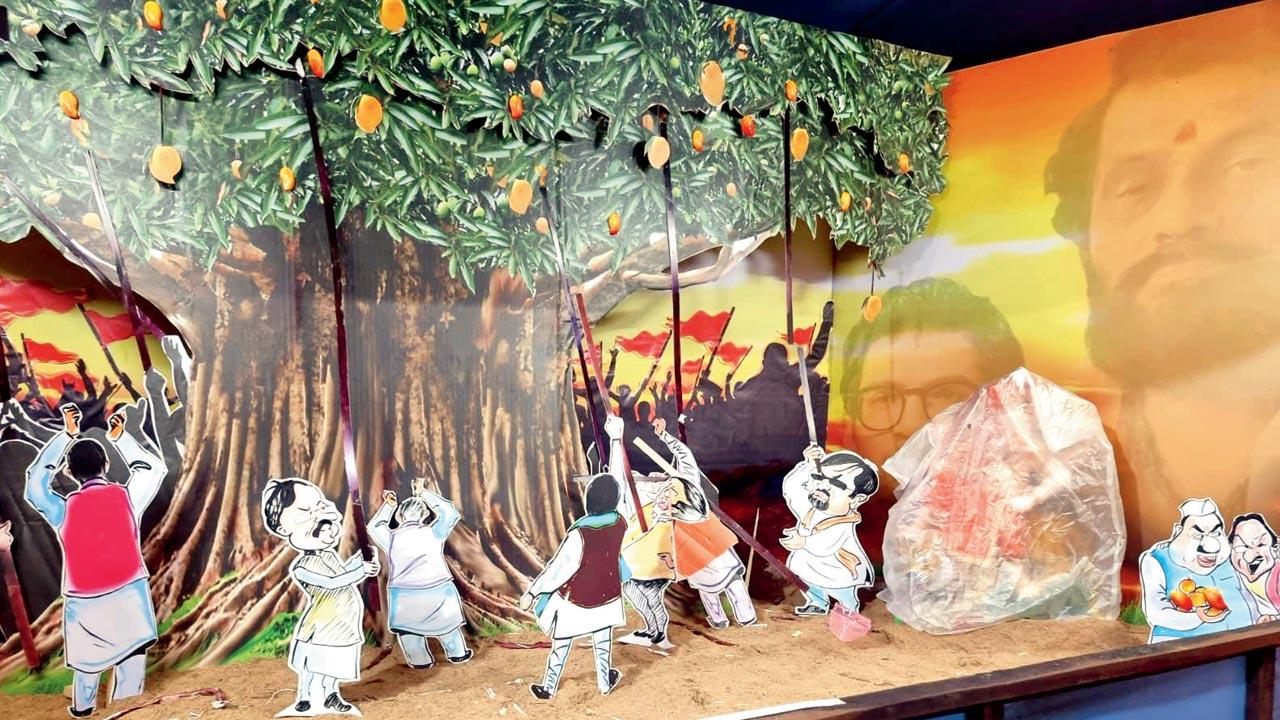 The mandal’s theme displayed a huge fruit-bearing tree [Shiv Sena] surrounded by politicians [rebels], who are reaping and enjoying the fruits

Citing complaints, the Kalyan police on Tuesday midnight seized the decoration materials and directed the mandal to change its theme. The mandal has challenged the police action in court, which will hear the matter today, September 2. The mandal said no one should have any objection, as it had not identified any political party or leaders in the display.

“We do not see anything objectionable in the theme. Every year, the mandal selects a theme based on social or political events of the time. This year, we picked the current political developments in the state,” Salvi said.

“I don’t know why the police have seized our decorations,” he added. Sheetal Mhatre, the spokesperson of Shinde’s Sena camp, did not respond to mid-day’s calls. Assistant Police Commissioner Umesh Mane-Patil of Kalyan said, “We have registered a case under IPC Sections 188 (disobedience to order duly promulgated by public servant) and 153 (wantonly giving provocation with intent to cause riot—if rioting be committed—if not committed). Accordingly, the materials were seized for investigation.”

The police refused to divulge details about the complainant.

Salvi cited another event from a few years back when the mandal’s theme was based on the 2004 Ishrat Jahan alleged fake encounter case. “The mandal had then showcased how political leaders demoralised the police force.  A similar attempt was made then to change the theme, but the court allowed our original decor,” he said.

Political observer Prakash Akolkar said satire on politics is the base of Shiv Sena, and the party was born from a weekly cartoon magazine.

“If the satire does not hurt any religious or communal sentiments, it is wrong to take action. Political and social issues have always been highlighted during Ganeshotsav. This is nothing new,” Akolkar added.

From Lalbaugcha Raja to GSB Seva Mandal, do you think Mumbai has the best Ganpati pandals in the country.