Western Railway says the second girder will be launched by September first week, after which the BMC will take over rebuilding work 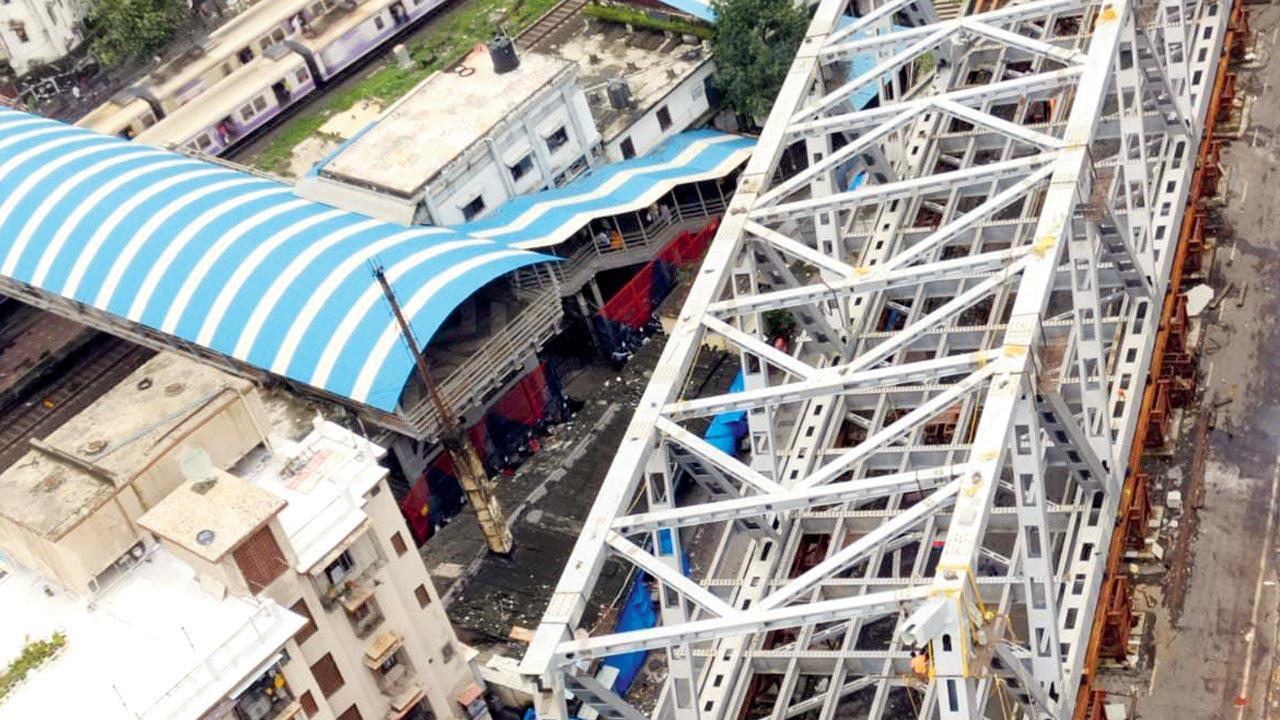 The bridge is 89.89-metres long and comprises three lanes of 11 metres each and a 1.8-metre footpath


The road overbridge in Lower Parel is finally moving towards completion. Western Railway on Thursday said the plan is to launch the final and second part of the bridge in the first week of September.

“The first part of the bridge was completed in June 2022 and 70 per cent assembly of the second part has been completed.

Launching of the second girder is likely to be completed by the first week of September,” a senior official said.

“Once the launch is completed, the east side approach of the road overbridge, which has been retained by Western Railway for launching the girders, will be handed over to the BMC for rebuilding,” he added.

The bridge is 89.89-metre long and comprises three lanes of 11 metres each and a 1.8-metre footpath.

“Made in Kota, Rajasthan, it is one of the heaviest and longest girders on the Mumbai suburban railway. With 90 metres in length, 1,045 metric tonnes of weight and a single span of 65-degree skew design, the first girder's launch above running rail traffic was one of the most complicated operations. Pushing at the rate of as slow as at 10 metres per hour and 30 metres per night, the first girder was placed above the rail lines without any hitches and without disrupting train traffic,” the official said.

It may be recalled that the dismantling work of the spans over railway tracks was completed in February 2019, in a record timeframe of five months. This was followed by dismantling of abutments in June 2019, after removal of encroachments by the BMC.

WR then awarded the contract for rebuilding the railway portion at a cost of R87 crore and physical work of laying foundations was taken up after the monsoon in November 2019. The foundation work on the east side was completed in May 2020 and completion of the raft foundation on the west side in June 2020 and the east side by January 2021.

The delay in completion of the bridge was caused by the pandemic, and the two key reasons were ­– unavailability of industrial oxygen as it was diverted for medical use to control the pandemic and absence of skilled labour since April 2021 due to lockdowns in many states.

90
Length of longest girder used in the bridge in metres

Next Story : Mumbai monsoon: Vihar is fourth lake to overflow