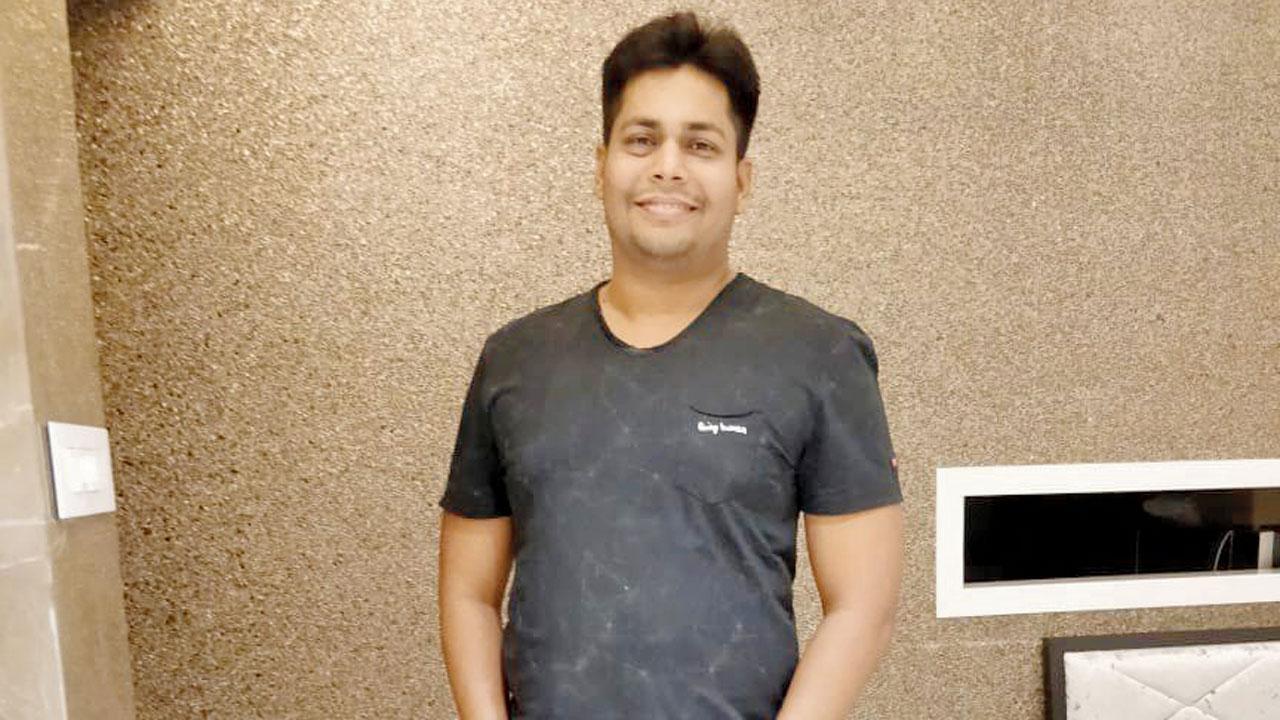 Mitesh Jain, who is missing


The family of a 37-year-old travel agent from Marine Lines, who has been missing since Saturday, has alleged the involvement of a wealthy businessman. Mitesh Jain’s family has pointed at Kantilal Mehta, owner of Silver Emporium.

Talking to mid-day the Jain’s younger brother Jinesh said, “My brother Mitesh runs MRP tour and travel business, and his office is located at Princess Street above Parsi Dairy shop in Marine Lines. He had booked air tickets for Kantilal Mehta and his group for Dubai to Switzerland and returned. It cost them around Rs 20 lakh.” Kantilal is the owner of Silver Emporium, which claims to be ‘the largest manufacturer of silver articles in India...since the past 27 years’.

“I am not sure how, but my brother cancelled the tickets. My brother lives with his wife and two daughters in Parel. Around 1.19 am Saturday, Kantilal came to Mitesh’s housing society alone. Around 2.36 am, he was back again with a few men and a woman who told the society’s security guards that they were police personnel from the Crime Branch,” said Jinesh. 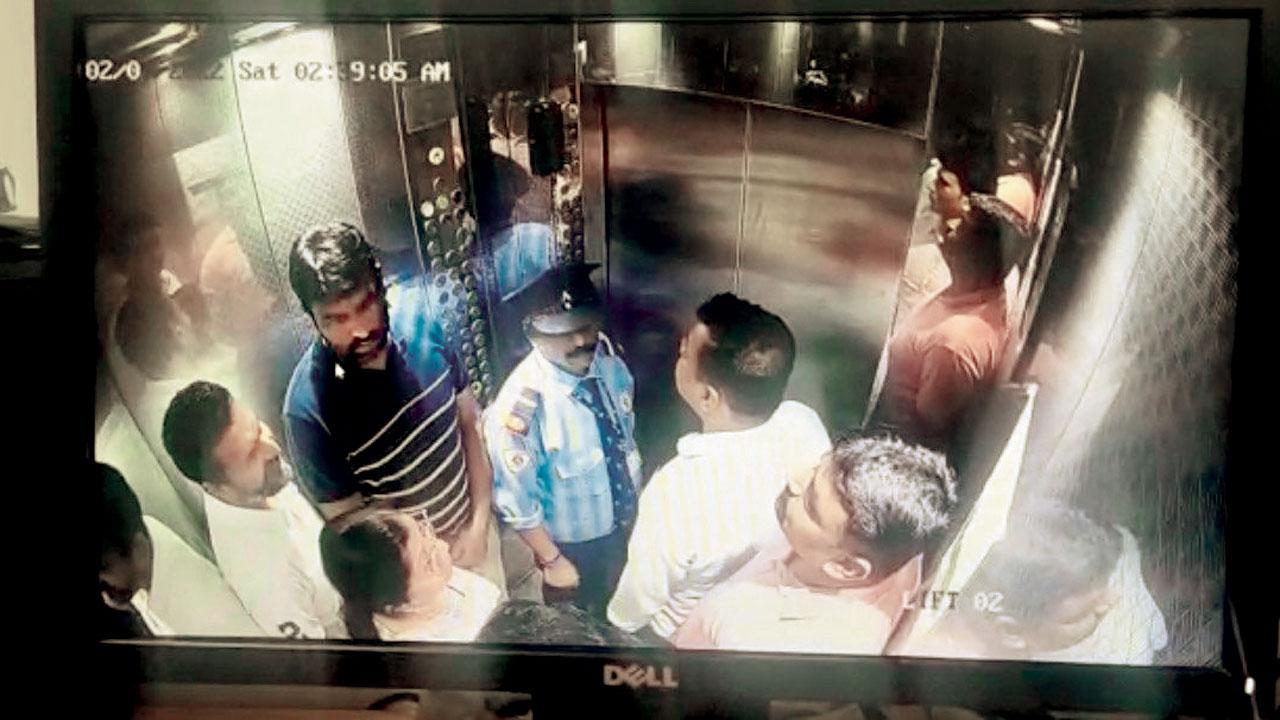 The people, who claimed to be Crime Branch cops, in the lift of Mitesh’s society along with Kantilal Mehta

“They made an entry in the register and asked the security personnel to accompany them to the door of my brother’s flat. My brother got scared and decided not to open the door. So, Kantilal and his so-called police personnel returned. “I have learnt that my brother and his family were terrified when Kantilal banged the door and rang the doorbell multiple times. Everything is recorded on CCTV cameras,” he added.

A meeting next morning

Jinesh said Mitesh called Kantilal on Saturday morning to ask about his visit “in the middle of night”. He added, “Mitesh told Kantilal that he would meet him in his Kalbadevi office and discuss the matter. And Kantilal agreed. My brother first went to his own office, and then left to meet Kantilal at Kalbadevi. his mobile phone has been switched off since 2 pm on Saturday. We don’t know the whereabouts of my brother”

Citing the late-night visit of Kantilal and ‘cops’, Jinesh said he suspects the businessman is aware of Mitesh’s whereabouts. Jain’s father Mangilal, his relatives and friends reported the incident to Azad Maidan police later on Saturday.

“The officers at Azad Maidan police station are doing nothing. We have been telling them that they should interrogate Kantilal to find out Mitesh’s whereabouts, but they are not doing anything. We had to wait for more than four hours on Saturday night to register a missing person’s complaint. 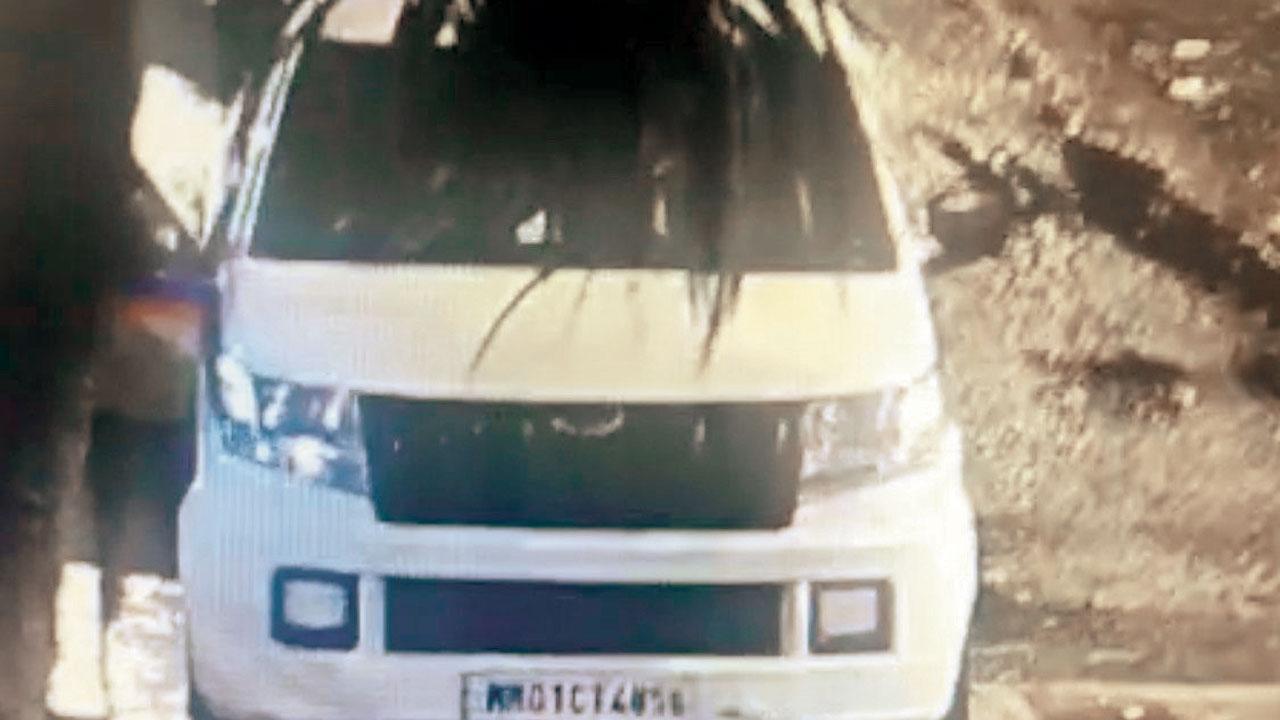 The police van in which they arrived at his residence

“We have given all the CCTV camera footage to Azad Maidan police. They had enough time to initiate an enquiry to locate my brother, but they have not done anything. We want to register a kidnapping case, but the police are quiet,” he added.

Mitesh’s wife Monica Jain told mid-day, “Mitesh was very tense and visibly disturbed on Saturday. He left home early for work, and when I asked about it, he said that a client is threatening to file a police case, as some tickets got cancelled.”

“After he reached the office, I asked him about the situation and he said there is no police. I last spoke to him at 2.15 pm on Saturday and he was a little disturbed. Since then, his cell phone has been switched off. I don’t know where he is now.” “Police had come in plain clothes in a police van. There was no complaint against my brother, so why had they visited him? What was their motive?” Jinesh asked.

The security personnel of the residential complex told mid-day, “First, Kantilal came alone and wanted to go to a flat, but was not sure on which floor. So, we asked him to wait in the lobby. He then clicked photos of the list of occupants and left. He returned with a few people in a police van and went to the seventh floor, but Mitesh Jain did not open the door. So, they returned.”

When first contacted, Kantilal told mid-day he will call back in “10-15 minutes,” but he stopped responding to this correspondent’s calls and messages. A member of the Mumbai Citizen Forum, who is helping the Jain family with the police complaint, said, “The family contacted us and we immediately followed up with Azad maidan police station. We believe missing person’s complaints should be taken very seriously and mobile phones should be put on tracking without any delay.”

Probe is on: cops

Senior Inspector Bhushan Velnekar of Azad Maidan police station said, “Mitesh Jain had booked air tickets for 11 people who reached Dubai, from where they had to travel to Switzerland. But, Mitesh cancelled the ticket. We have registered a missing person’s complaint and our investigation is underway. We will also call Kantilal Mehta for questioning to understand the entire issue and to see if he knows about Mitesh’s whereabouts.” “We are scrutinising the CCTV camera footage to understand if he was kidnapped or has gone into a hibernation mode [is hiding] after switching off his cell phone,” he added.

Rs 20L
Amount of the tickets he booked for bizman