Six months after Matunga railway station becomes first in the country to hire only women, the station finds mention in the Limca Book of Records for 2018 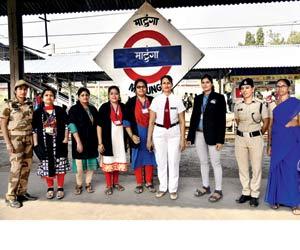 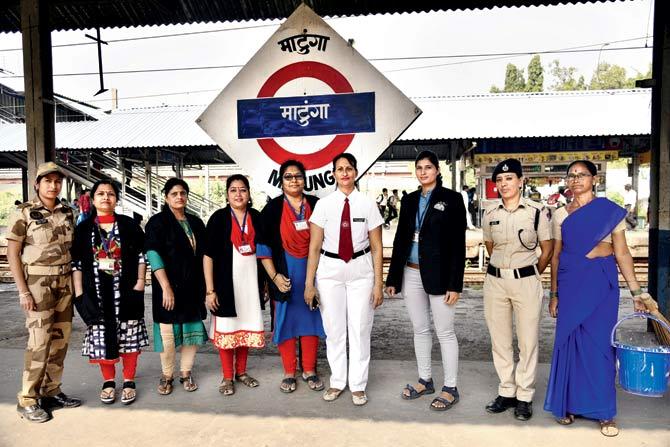 Nearly six months after Central Railway's Matunga station became the first in the country to be run by an all-women staff, it has entered the Limca Book of Records 2018 for the rare feat. CR had, in July 2017, appointed 34 women at the station. The team includes a station manager, pointsperson, booking staff, ticket checkers, RPF cops and sweeper, among others. "We have a unique comfort zone," Mamta V Kulkarni, the team leader and station manager, who was also CR's first women stationmaster in the Mumbai division, back in 1992, said.

"I have worked in the railways for nearly 30 years now and have previously been posted at Mumbai CST and Kurla. But, this idea of having an all-female staff is unique and fascinating," Kulkarni said.

According to the staff, the original idea for the all-women brigade came from DK Sharma, the general manager of Central Railway. "The transition period was tough, but the confidence and support given by the railway administration helped us sail through," a staff member said.

The team also faced a few challenges during night shifts, especially the problem of druggies infesting areas in the vicinity of the station. "But, the strong support by the CR administration helped streamline these issues," said a staff member. "We also have an all-women RPF staff that patrols the station at all hours," Kulkarni added.

Given a large number of educational institutions in the area, this station is mostly patronised by college and school students. "College kids tend to be mischievous. We sometimes have to shout at them or handle them caringly -- it all depends on the situation. We make them realise how ticket-less travel is wrong and why they should not indulge in it. But overall, the station is like a big family," said Asmita Manjrekar, chief ticket inspector.

Kulkarni echoes similar sentiments. "There's a different comfort level when one works among women. We are in a better position to understand each other's problems and that helps in the overall functioning of the station too," she said.