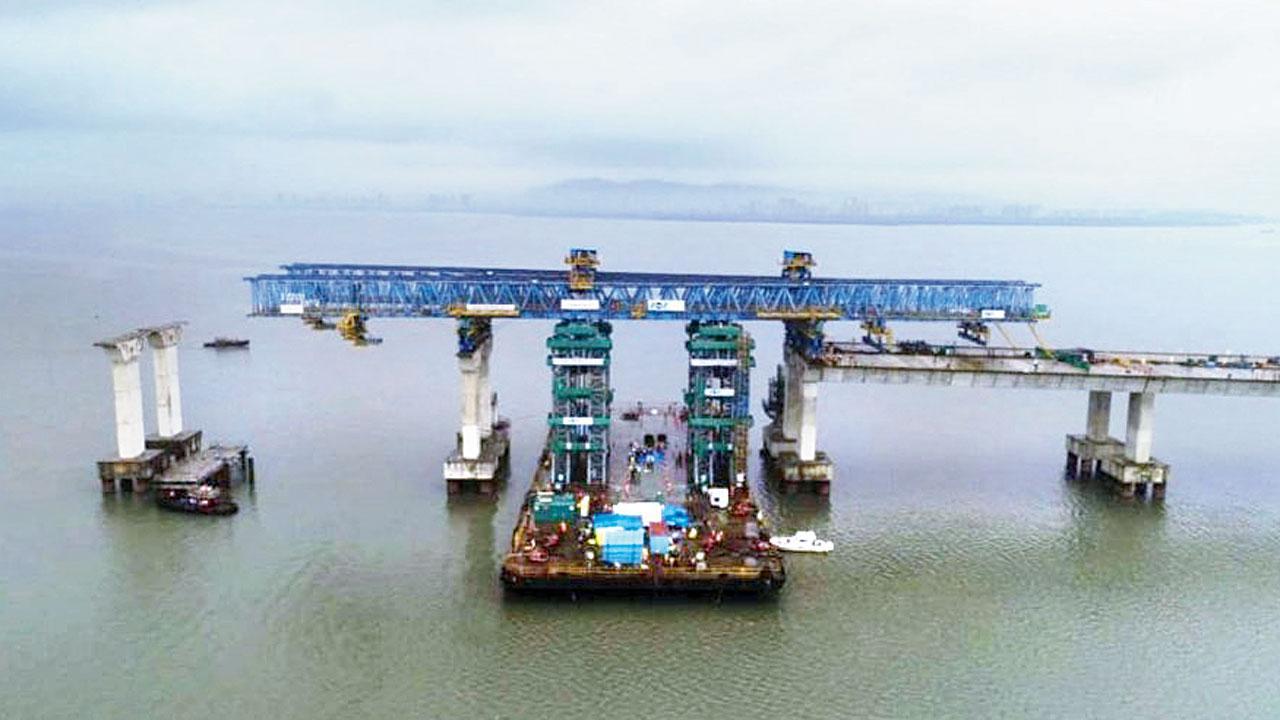 
The MMRDA has sped up the work to complete the construction of Mumbai Trans Harbour Link (MTHL). A couple of days ago, it successfully launched a 95 metre-long orthotropic steel deck (OSD), weighing 920 metric tonnes.

This is the seventh successful launch of an OSD, a superstructure being used for the first time in the country, which will  carry the vehicular load more efficiently and improve the bridge’s load-carrying capacity.

Speaking to mid-day, Metropolitan Commissioner SVR Srinivas said that the work on the iconic MTHL is progressing as per plan. “We are completing the launch of the seventh orthotropic steel deck lifting work span between MP178-MP179, which is in progress within package two of MTHL. Till date, 14 of the 64 OSD have been successfully launched in Mumbai,” he said.

According to MMRDA, OSD is the ideal solution considering MTHL site conditions and longer Pier-to-Pier distances. Weighing less than concrete or composite girders, it is also more cost-effective compared to the cable stay or suspension bridges.

Also known as the Sewri Nhava Sheva Harbour Link, MTHL is a 22 km long, six-lane bridge that will connect South Mumbai to Navi Mumbai in mere 20 minutes from present 120 minutes. The project is expected to be completed in the year 2023.