Camera technician arrested for stealing idols' diamond-studded gold headbands from Jain temple in Marine Drive, committed both the thefts by switching off the CCTV system 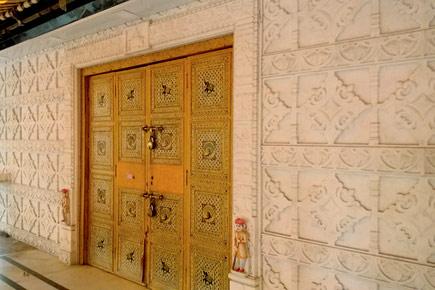 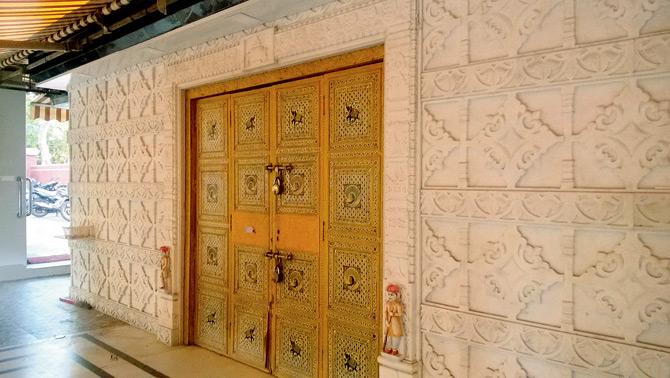 Divine justice has been delivered to the perpetrator of multiple burglaries of diamond-studded gold strips at a Jain temple in south Mumbai. The Crime Branch have arrested Akram Gayauddin Ansari, a 20-year-old CCTV technician, who committed both the thefts by switching off the temple's CCTV system. One Zakir Jamal Jalaal Jamadar has also been arrested, as Ansari had given him the ornaments for sale.

The first of the two thefts occurred in February, while another one took place on April 27. Both the times, the CCTV in the temple and the building had been turned off. mid-day reported on the April 27 burglary in the May 2 report, 'Diamond-studded gold strips stolen from Jain temple'. The priest of the temple, located between building 77 and 78 on Jain Patan Mandal Marg in Churchgate, discovered three diamond-studded golden plates – worth Rs 75,000 each – placed on the forehead of three idols were missing. A case was registered at Marine Drive Police station against an unknown person.

Short-list of suspects
The Crime Branch's Unit 1 was carrying out a parallel inquiry into the theft. "We made a list of all persons who visited the building, except residents. Around 25 to 28 persons were short-listed. During their inquiry, we found that no outsider had visited the building," said a crime branch officer, adding, "Those who visited were either maids or frequent visitors."

During investigation, a person told the cops that at the time of the first theft, Ansari was present at the temple since the CCTV system was not working.

"We got this input and started questioning Ansari. During inquiry, he said he was called to set up a new CCTV camera and check if it was working. We again started probing him, and that's when he confessed to stealing the diamond-studded gold plates from the temples, both the times," said another officer.

Timing the theft
Ansari told cops, "He knew the temple remains closed for hour or two. In the last week of February, when he was carrying out maintenance work, he sneaked into the temple and stolen the plates. While leaving, he switched on the system and left. He sold these plates to someone. Then, he got to know that the residents had made new strips."

On April 27, he made up his mind to steal the new ones. He came to the temple and waited till the priests left for their afternoon nap. He then switched off the system, stole the plates and left. He gave the plates to Jamadar for sale. Both of them were arrested on Sunday.

In police custody
"We don't know how much money Akram got from selling these plates. We have to investigate it," said an officer from Marine Drive police station, to whom crime branch handed over Akram and Zakir.

The two have been booked Sections 379 (theft) and 34 (common intention) of the Indian Penal Code and produced in court, after which they were remanded in police custody till June 9.

Rs 75k Price of each of the stolen diamond strips

Next Story : Mumbai Crime: Case against weeklies for promoting gambling