On August 10, the Supreme Court granted bail to Rao on medical grounds. The following week it granted Rao permission to approach the Special NIA Court to undergo his cataract surgery in Hyderabad 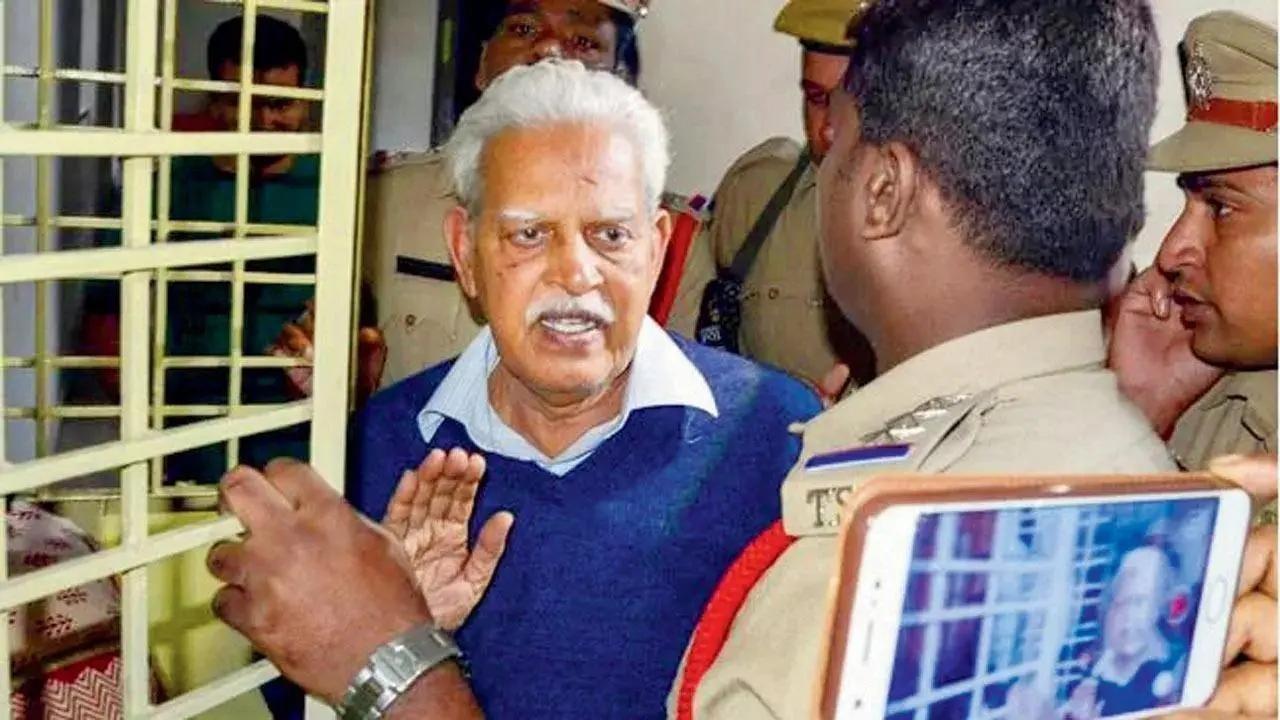 The court rejected the request stating it has to frame charges against the accused within the next three months.

Special NIA judge Rajesh Katariya said the court "is required to frame charges against the accused and decide on the pending discharge application simultaneously within three months from the order dated August 18, 2022. If Rao is permitted to go and stay in Hyderabad for three months, the framing of charges would get prolonged. In such a situation, allowing the application would not be appropriate."

Rao had also approached the Supreme Court to modify the order granting bail and sought permission to go to Hyderabad for cataract surgery. According to the bail conditions, Rao has to stay in Mumbai till the end of the Elgar Parishad trial, which is yet to begin.

On August 10, the Supreme Court granted bail to Rao on medical grounds. The following week it granted Rao permission to approach the Special NIA Court to undergo his cataract surgery in Hyderabad.

Advocate Niraj Yadav, who appeared on behalf of Rao, stated that the Supreme Court had granted liberty to Rao to file a modification application before the trial court.

Rao's plea stated that he is unable to bear the medical expenses for cataract surgery in Mumbai and that it would be done free of cost for him in Telangana. Moreover, his children would be in a better state to look after him post-surgery on both his eyes, said Rao's plea.

Special Public Prosecutor Prakash Shetty, appearing for the NIA, opposed the plea, stating that the treatment sought by Rao was available in Mumbai and that through the current application, Rao was only seeking to nullify the conditions imposed by the apex court while granting him medical bail. Shetty submitted that Rao could obtain reimbursement of the treatment charges paid here.

The NIA has claimed that speakers at the Elgar Parishad event organised by front organisations of the CPI (Maoist) at Pune on December 31, 2017, had incited violence at Bhima Koregaon the next day in which one person died and several others were injured.