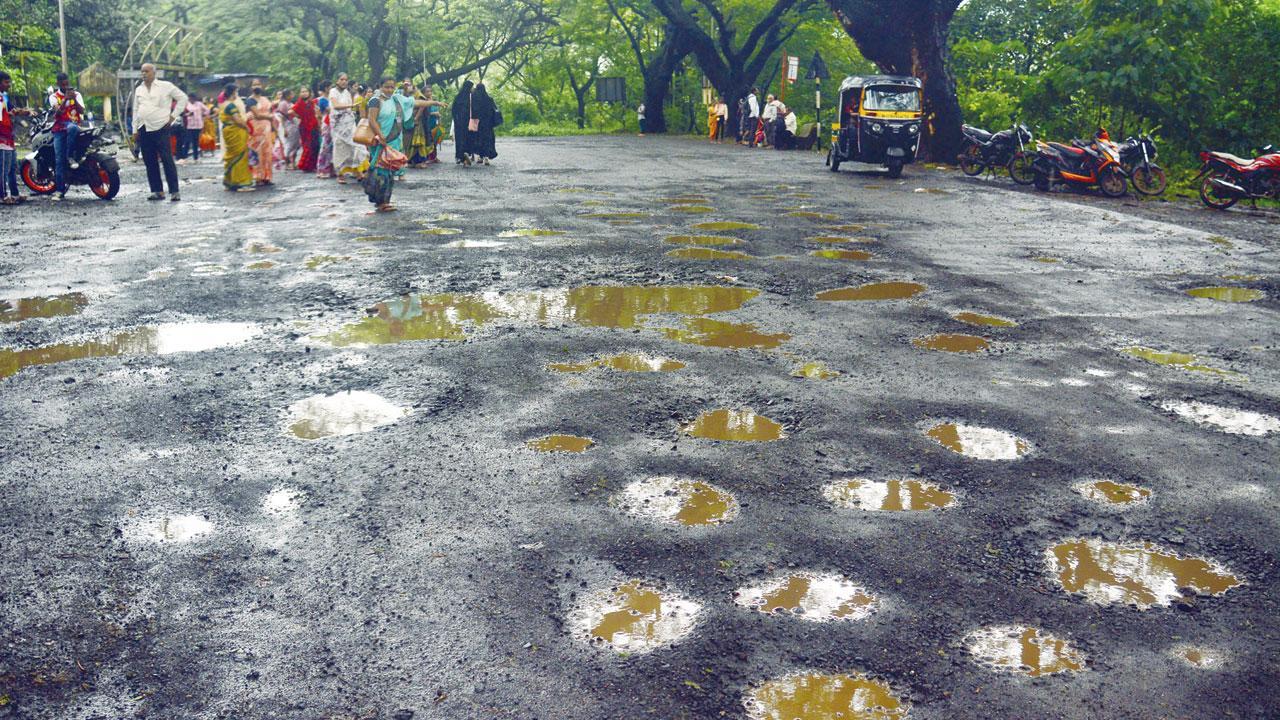 
Motorists not only on Western Express Highway, but also SV Road between Andheri and Milan Subway junction, are inconvenienced by pothole-ridden roads. The situation is similar for those using the main road and internal roads inside Aarey. Mukesh Waghela said, “I travel daily from Andheri to Bandra via SV Road and driving here is a nightmare, thanks to the uneven road surface and potholes between Irla signal and Milan Subway junction.”

This busy stretch sees regular traffic jams and those visiting Nanavati Hospital including patients, too, have to bear the brunt of the bad road. The width of this stretch has been reduced due to the ongoing Metro construction work, which further adds to the traffic jam. 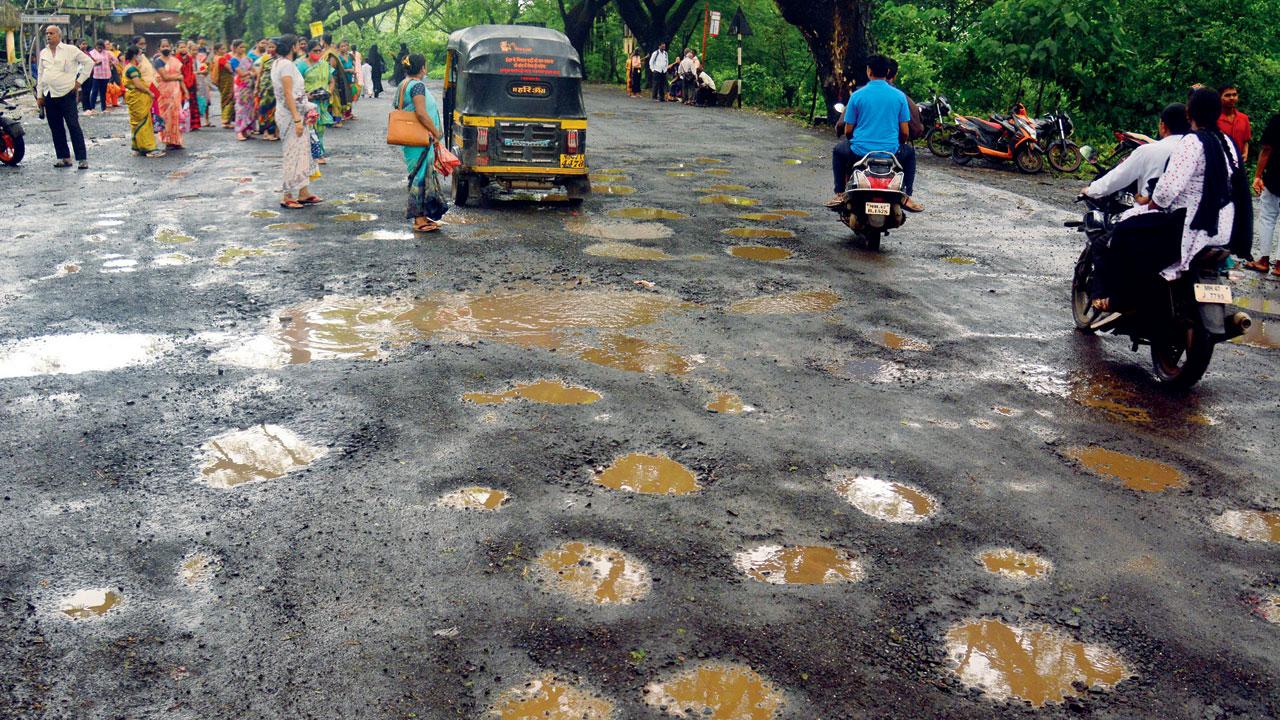 Potholes on the road near Aarey Dairy in Aarey Milk Colony. Pics/Shadab Khan

“The ongoing Metro work was already leading to heavy jams and now potholes have made travelling on SV Road even more difficult for motorists. This also poses a threat to those riding two-wheelers. The authorities should at least understand the fact that there is a hospital on this road and the delay that takes place due to bad roads and potholes might be dangerous for patients who are brought to Nanavati hospital during medical emergencies,” said Amey Sawant, a biker.

The condition of roads in Aarey Milk Colony has been highlighted by this paper ever since the monsoon started. While the BMC has been filling the potholes, other parts of the main road are seeing more potholes and uneven surfaces. mid-day had also highlighted how the roads were posing a threat to two-wheeler riders who can skid and fall off the bike. 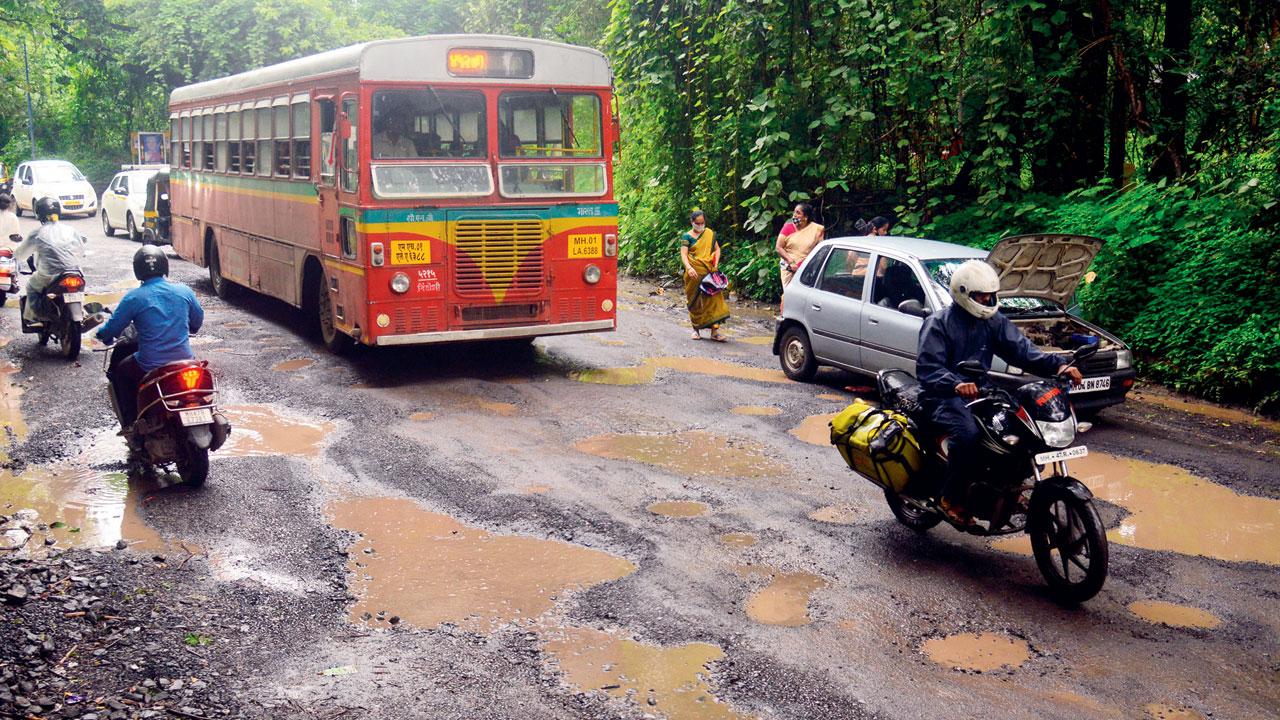 Shiv Sena Shakha Pramukh Sandeep Gadhave, a resident of Aarey Milk Colony, said, “With the progress in monsoon, the situation of the Aarey colony main road has only deteriorated despite the tall claims made by the authorities that repairing of potholes is done. It is not just the daily commuters who get stuck in traffic due to the potholes during morning and evening peak hours but also school buses. I feel that till the monsoon ends, school buses should be allowed to use the alternative road via Film City so that the children don’t have to face inconvenience.” 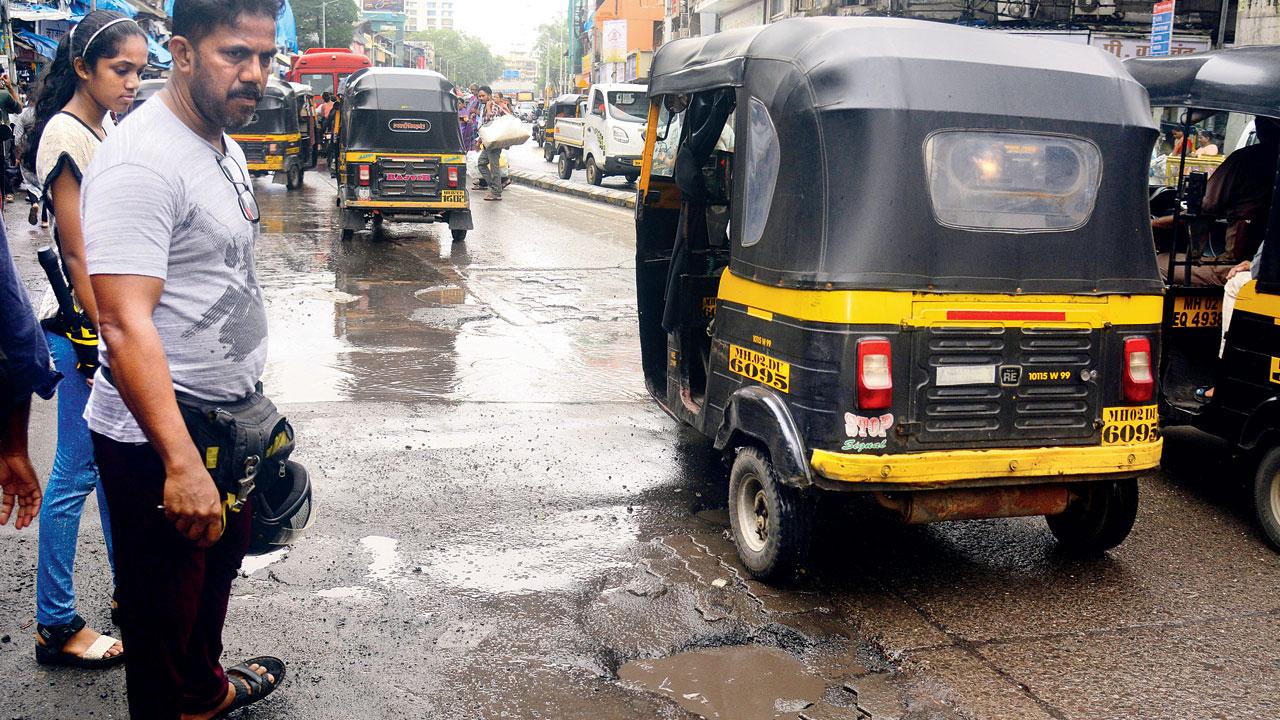 The bad roads also impact the milk tempos operating out of the colony as they cannot even drive over 10 kmph speed. During a recent visit to the internal road between New Zealand hostel to Goregaon check naka, mid-day found that after the heavy rains, the road was not just pothole-ridden but was uneven too.