After the incident, Pali Hill Residents Association issued an advisory via a message asking the residents to avoid the route 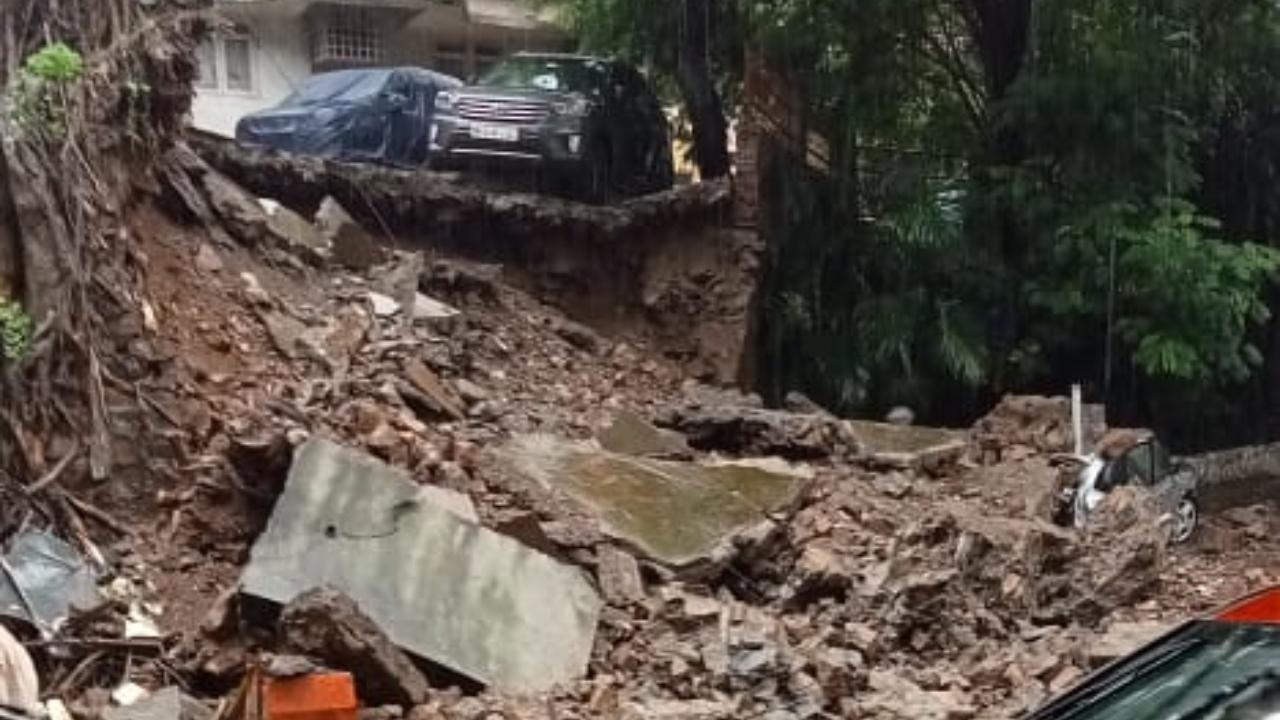 
A compound wall of a building collapsed in Bandra's Pali Hill area on Tuesday following heavy rains in the city. According to the officials, the incident was reported to the civic authorities around 3 pm following which the staff from H West ward in Bandra west was sent at the spot.

After the incident, the Pali Hill Residents Association (PHRA) issued an advisory via a message asking the residents to avoid the route.

Madhu Poplai of PHRA said, "We have closed the route after the incident. Two cars were seen hanging after the wall collapsed."

A resident of Zig-Zag road told mid-day.com, "Following the heavy rain, the wall suddenly collapsed, there was debris on the road causing traffic problems for some time."

Heavy showers continued to lash Mumbai and its suburbs leading to waterlogging in many areas of the city. Four arterial subways in the city had to be closed for traffic on Tuesday due to heavy rains since the early hours of the day, officials said.