Out of 761 fresh cases, 41 patients needed hospitalisation and six are on oxygen support 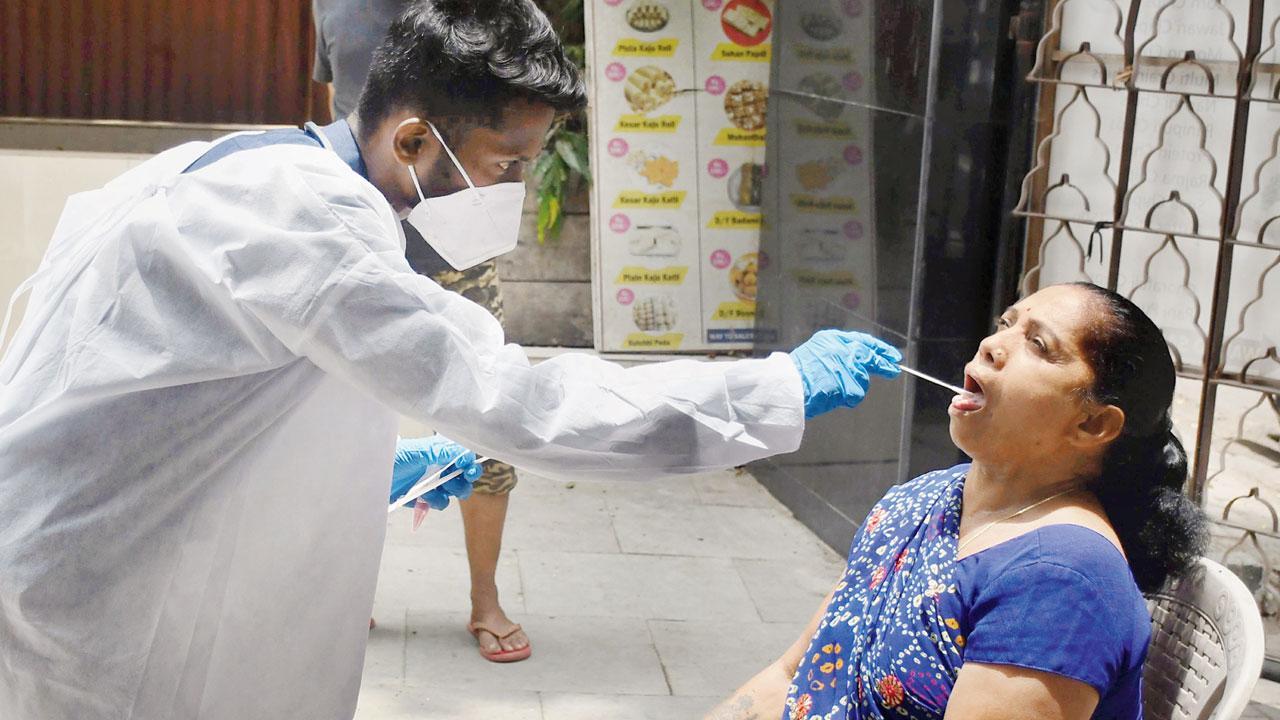 A woman gets tested at Nair hospital. Pic/Ashish Raje


While there has been a slight increase in testing, there has been a drop in fresh cases of Covid-19 in the city compared to Saturday. On Saturday, 10,469 tests were conducted out of which 811 samples were found to be positive.  On Sunday, out of 11,500 samples, 761 were found positive. Death continues to haunt Mumbaikars as three people succumbed to the infection.

On Sunday, the city’s test positivity rate stood at 6.61 per cent, one percent less compared to Saturday (7.74 per cent). Out of 761 fresh cases, 41 patients needed hospitalisation and six are on oxygen support. The total Covid tally rose to 1,115,042.

Currently, there are  7,671 active patients in Mumbai out of which 491 are taking treatment in hospitals and 42 patients are on oxygen support. As per BMC officials, three Covid patients, a 33-year-old female suffering from chronic kidney disease, a 76-year-old, and 88-year-old with comorbidities succumbed to the infection. After this, the total death count due to Covid rose to 19,617. In the past 24 hours, more than twice the number of fresh cases, 1,697 patients, recovered from Covid, taking the total recovery count to 1,087,754.

On Sunday, the state reported 2,962 fresh Covid-19 cases taking the total count to 79,85,296. On the other hand, 3,918 patients recovered taking the total tally to 78,14,871. A total of six deaths were reported statewide in the last 24 hours. Apart from 3 in Mumbai, one died in Thane, one in Pune and one death was reported from Nagpur. The total death toll has now reached 1,47,940 and the fatality rate is 1.85 per cent as per state health officials. Out of 2,962 cases in the state, 1,495 cases were reported in the Mumbai Metropolitan Region (MMR) and 887 patients were reported from the  Pune circle.

3
No of deaths in city on Sunday

1,697
Patients recovered and discharged in city on Sunday