As thousands of animals arrive ahead of Bakri Eid, sellers must hand over QR code-based receipts to buyers; no animal can be brought out of the abattoir without the codes 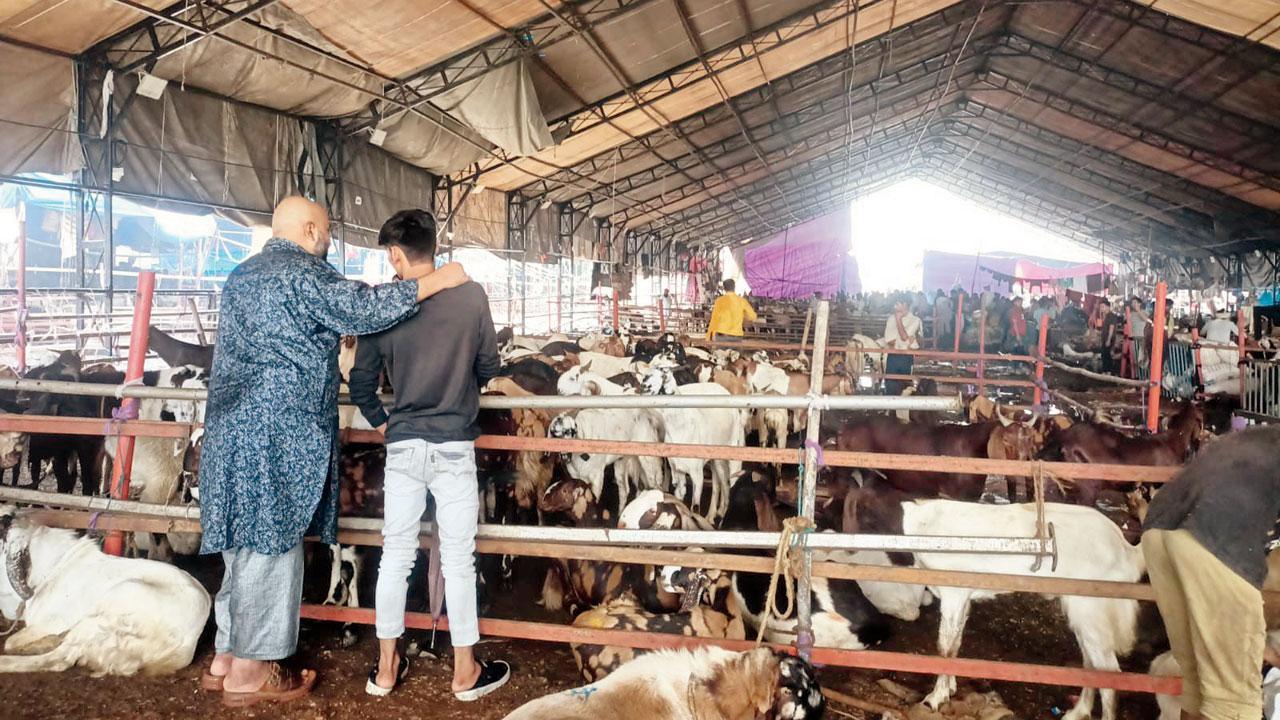 Goats at the Deonar abattoir, ahead of Bakri Eid


As goats become one of the most prized possessions for Muslims ahead of Bakri Eid, with a few commanding prices in lakhs, the season also sees a rise in theft of the sacrificial animals at Deonar abattoir.

To ensure smooth business at the animal market, the BMC has introduced QR codes this year. No one can take an animal out of the abattoir without producing a receipt with a machine-readable code, said the civic body.

This year, Bakri Eid will be observed on July 10 and about 1.45 lakh goats are likely to change hands at the abattoir. The Deonar abattoir had remained shut for two years due to COVID. As business is back this time, the civic administration has made arrangements like a temporary shed for the benefit of buyers and sellers.

A BMC official told mid-day, “We often get complaints from sellers that their goats have been stolen. Thieves come in groups. While few of them keep the trader engaged in words, others bring goats out of the abattoir and sell them at low prices. This time the administration has introduced QR codes to check theft of animals,” said Dr Kalim Pasha Pathan, general manager, Deonar abattoir. 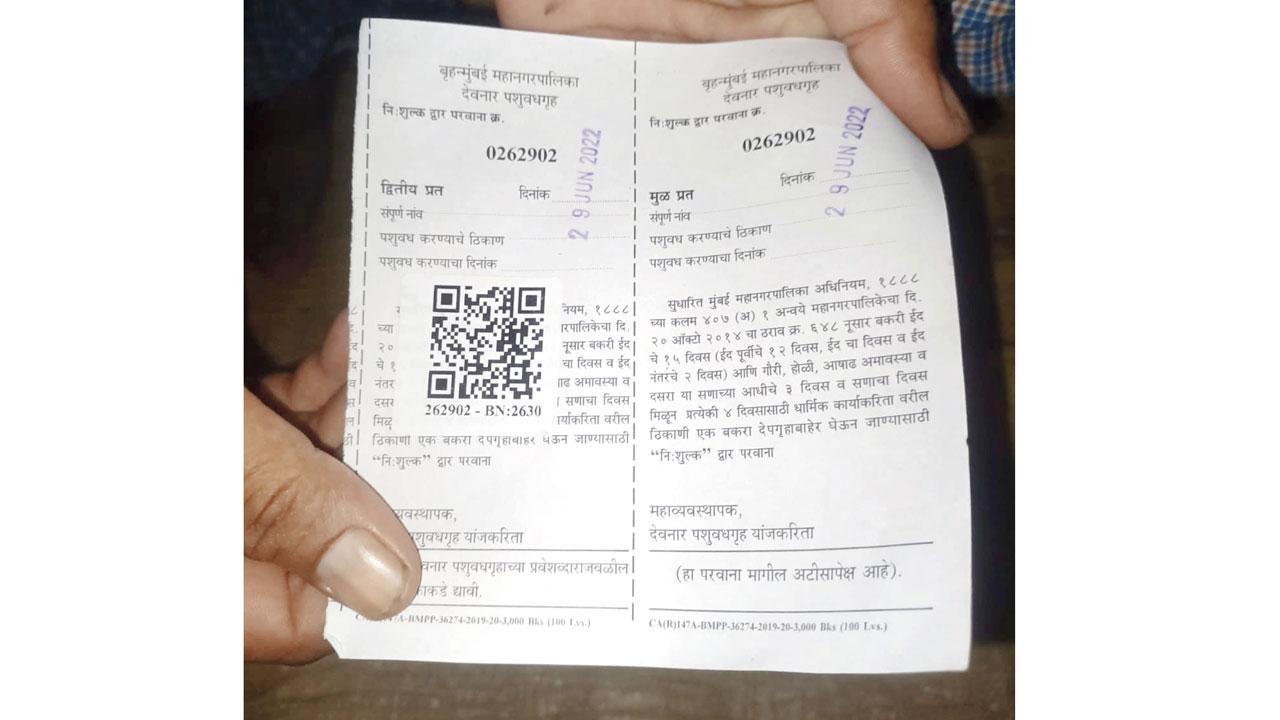 Explaining the process this year, Dr Kalim said, “Traders coming to sell animals have been given a receipt based on the number of their animals. There is a QR code on this receipt. The trader will need to hand over this receipt to the buyer after the sale. The buyer has to get the code scanned at the time of taking the animal through the exit gate. Buyers will not be able to take goats out without scanning it.”

He said the corporation hopes to get twin benefits. “One, the theft of animals will stop. Second, it will give us the exact data of how many animals were sold and how many animals are left. Based on this information, vacant enclosures can be allotted to other traders by the administration.”

The abattoir was opened on June 29 for the sellers. So far, over 30,000 goats have arrived of which 3,000 have been sold. Officials said they expect nearly 1.45 lakh goats and 10,000 buffaloes will be sold this year. To handle the rush of animals, the BMC has created a temporary shed of 75,000 square metres apart from the 50,000-sq mt permanent shed.