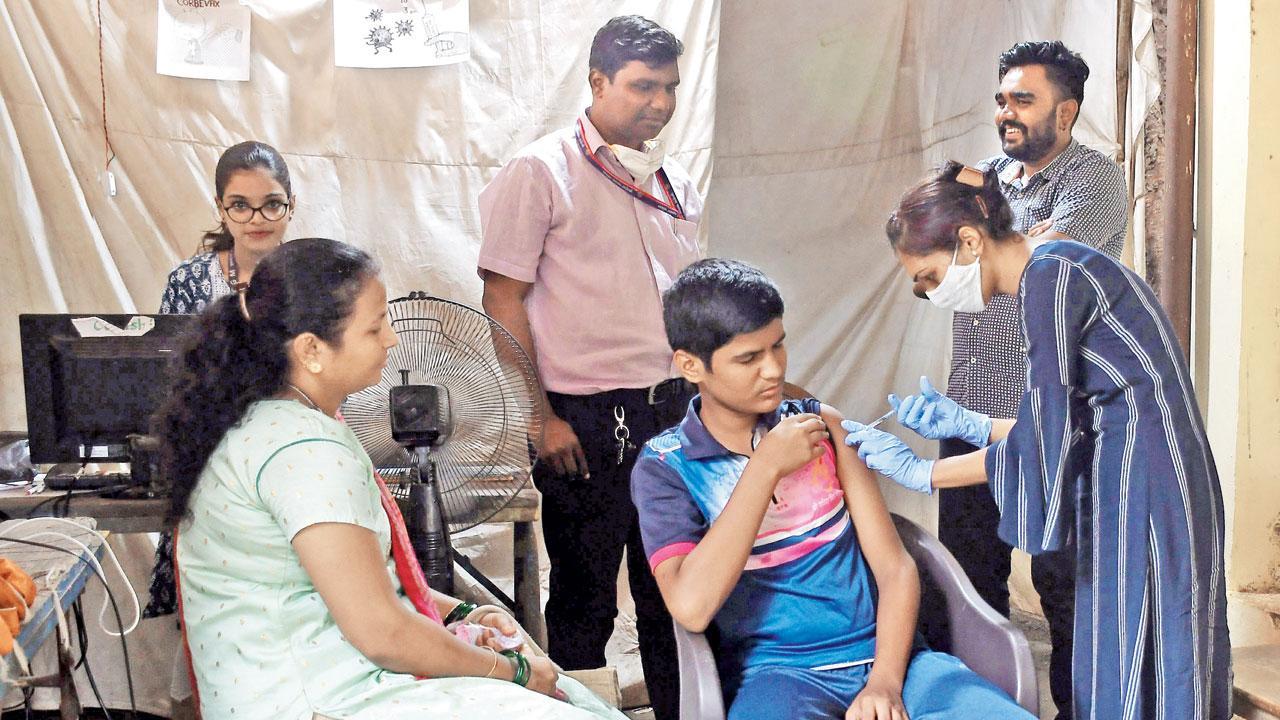 A man gets his booster shot at a vaccnine camp in Byculla. Pic/Ashish Raje

Civic data showed the recovery rate was 97.8 per cent and the overall growth rate in cases between August 7 and 13 was 0.057 per cent. The caseload doubling time stood at 1,213 days, as per BMC data.

The test positivity rate (TPR) in Mumbai reached almost 10 per cent. Given upcoming festivities amid the rise in daily infection figure, the BMC has planned to concentrate on clusters from where more cases are being reported. BMC officials said that though jumbo centres are closed, the civic health infrastructure is capable of handling 11,000 cases a day.

Maharashtra recorded 2,082 new cases and three deaths, an official said. The count of recoveries rose to 79,12,067 after 1,824 patients recuperated from the infection in the last 24 hours, he said.The latest f atalities were reported from Mumbai, Pune and Satara, the official said, adding that the state is now left with 12,102 active cases.

01
No of deaths in city on Sunday

464
Patients recovered and discharged in city on Sunday

Next Story : Maharashtra: sees huge drop in admissions to professional and self-financing courses