Day after mid-day’s report, traffic police remove the illegal structure that they had constructed to celebrate I-Day blocking a gate of the fire brigade 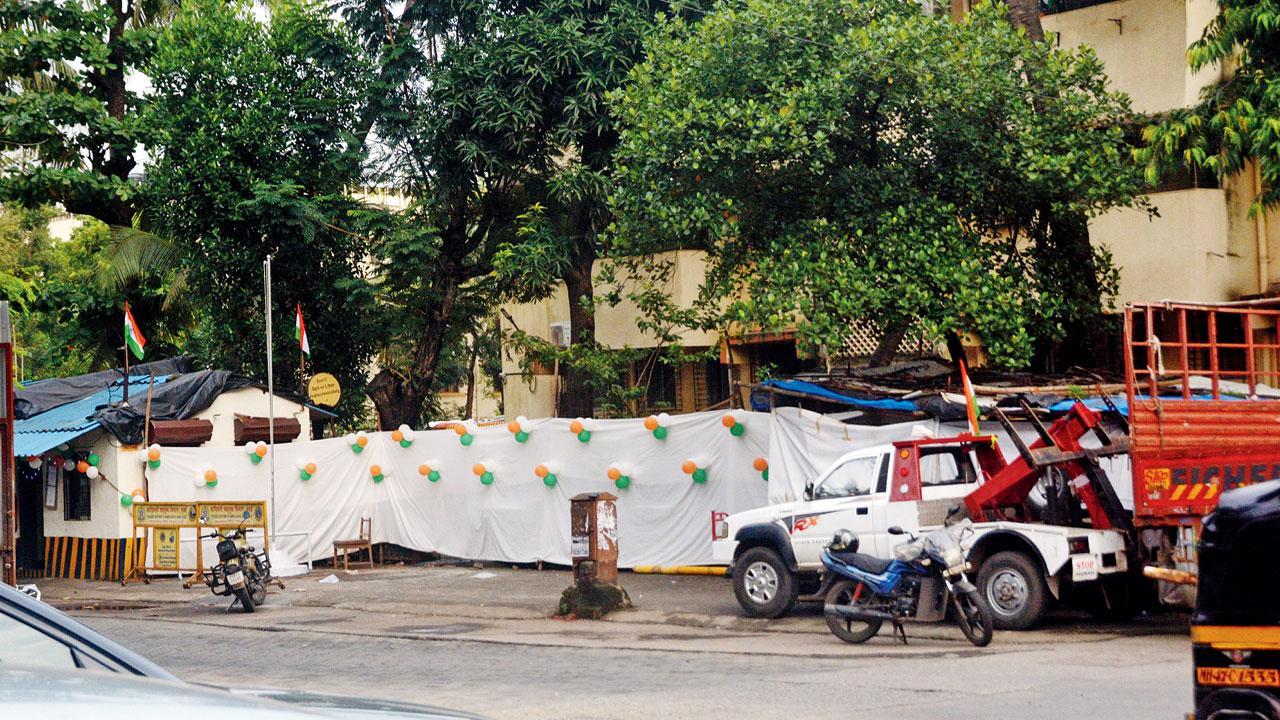 The blocked gate of Kandivli fire bridge premises on the eve of I-Day. Pic/Satej Shinde


An illegal concrete flagpole base that had been built in front of one of the gates of the Kandivli fire brigade to celebrate Independence Day has been demolished. The structure had sparked a tussle between the firefighters and the traffic police that had got it constructed. Fire officials had complained to the BMC accusing the traffic cops of blocking their gate.

mid-day reported the friction between the two agencies on August 15. Fire officials had said that they were not against hoisting the Tricolour but the traffic police should not block their gate as they provide emergency service. Fire station officer Amit Padwal also accused senior inspector Suresh Rokade of local traffic division of challenging them to “do whatever you want to”. 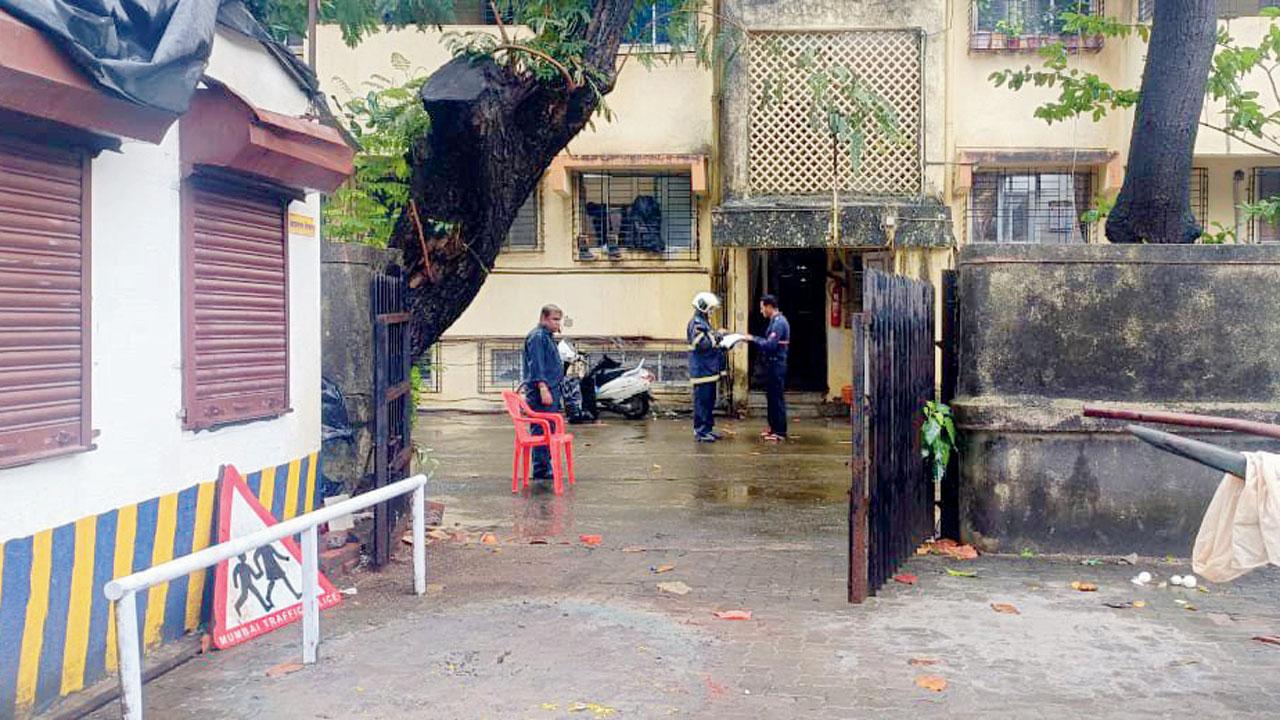 The gate is now free of the obstruction

Padwal said, “Thank you, mid-day, for highlighting this. After the report was published in your newspaper, they demolished the illegal construction in the early hours of Tuesday.” He said the traffic cops had blocked their emergency gate. “Our vehicles use this gate to attend to calls from Borivli, but Rokade was not ready to listen to anything. We had no option but to complain in writing to the BMC, police and the traffic head office about this misbehaviour.”

The station officer said the fire brigade can’t afford to lose time. He said, “Within a minute of receiving a call, our fire engines leave the fire station. We are not against flag hoisting but they should do it at a place that doesn’t hinder our work.” 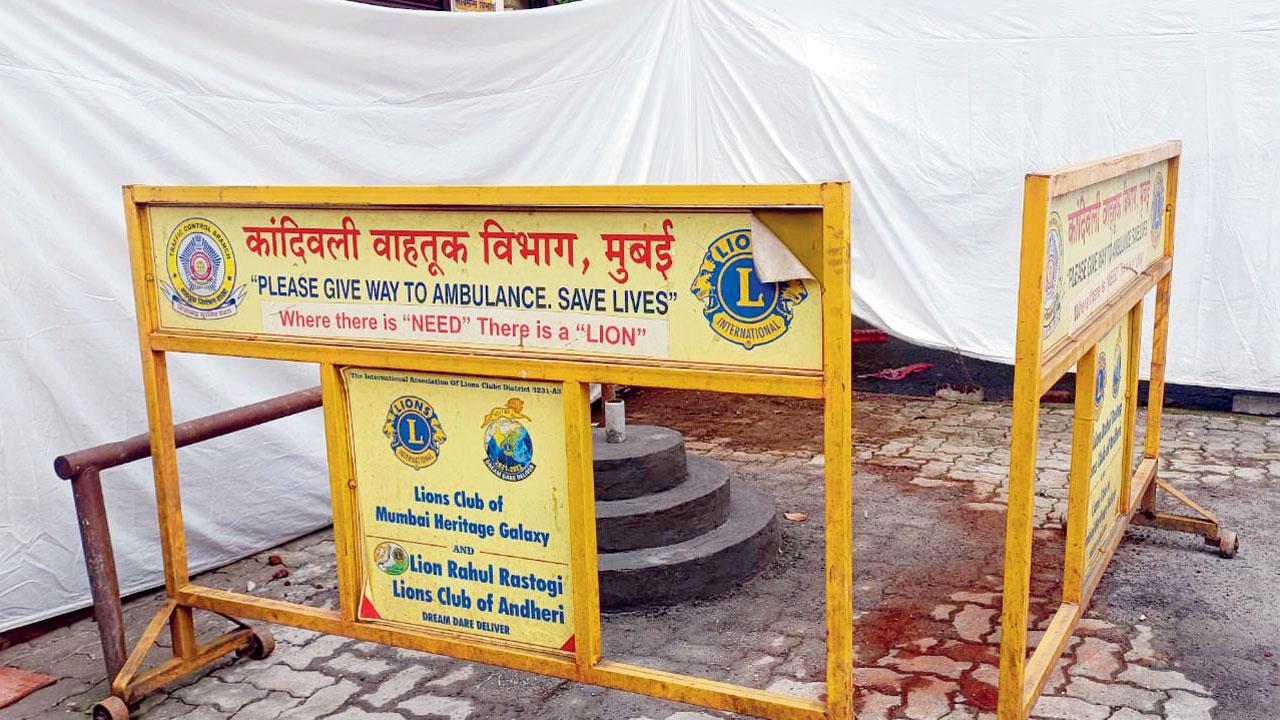 The illegal flagbase outside the fire brigade at Kandivli West

Did no wrong: Traffic cop

Rokade insisted the fire brigade doesn’t use the gate. “This year marked the 75th anniversary of India’s independence. PM Modi also announced the Har Ghar Tiranga campaign and everywhere in India Independence Day was being celebrated in a big way. We did nothing wrong. The fire brigade was not using this gate. Due to this reason, we constructed the flag pole and removed it later. Firefighters and traffic police give services to the nation. Why then fight over flag hoisting? Also, we didn’t interrupt their services.”