It was to finalise Diwali bonus for civic staffers; last year, the then chief minister Uddhav agreed to a bonus of Rs 20,000 for the three following years, Eknath Shinde announced Rs 22,500 for 2022 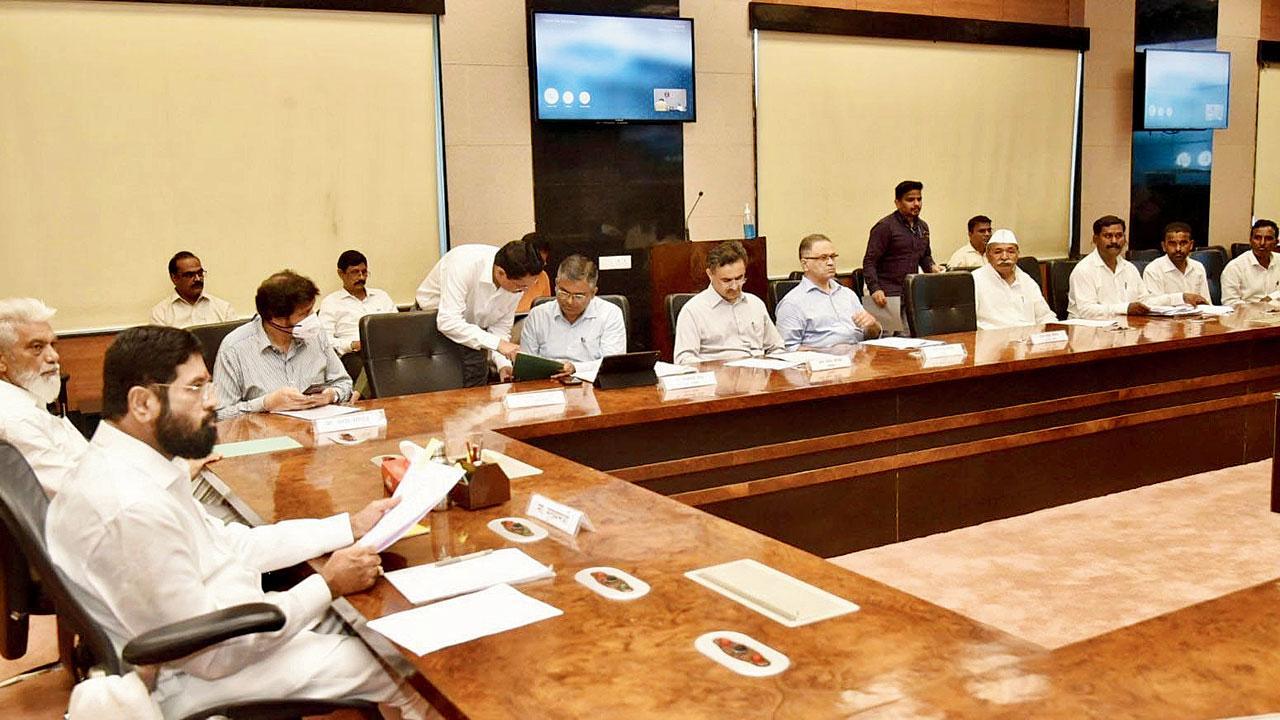 CM Shinde at the meeting on bonus for BMC employees, on Thursday


The Municipal Kamgar Karmachari Union, led by the Uddhav Thackeray faction of the Shiv Sena, skipped a meeting with Chief Minister Eknath Shinde on Thursday to discuss the bonus for BMC employees, mirroring the bitter split in the party.

CM Shinde announced a Diwali bonus of Rs 22,500 for over a lakh corporation staffers. Last year, the then CM Uddhav Thackeray announced Rs 20,000 bonus for BMC employees for the next three years.

Union president Baba Kadam said, “We had a meeting with civic chief I S Chahal. He agreed to give Rs 20,000 bonus. Other unions of BMC workers that are part of the action committee of unions met Shinde. But we did not participate in that meeting. There is no reason.”