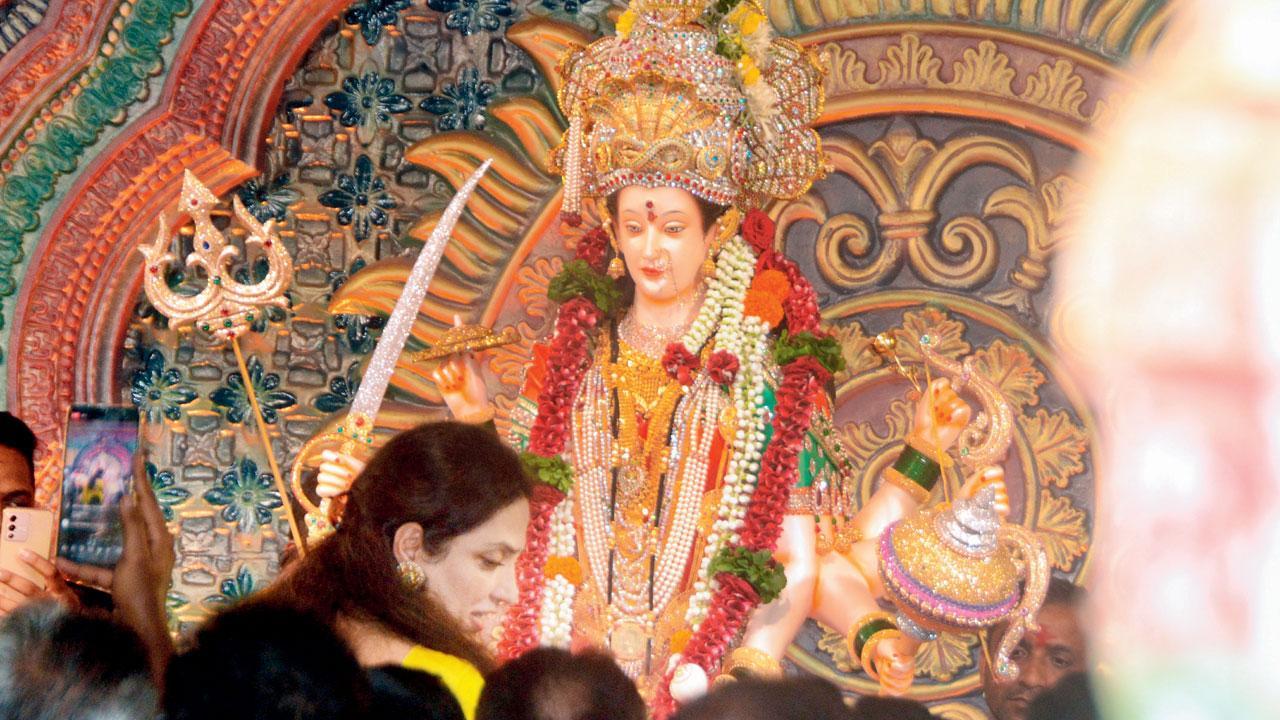 
Rashmi Thackeray, wife of Shiv Sena chief Uddhav Thackeray, on Thursday visited a Navratri event at Tembi Naka in Thane city and offered prayers to Goddess Durga. Prior to this, she visited ‘Anand Ashram’, the party’s Thane headquarters, and paid tribute to the late Anand Dighe, a hugely popular leader from the region, who is considered to be the mentor of Maharashtra Chief Minister Eknath Shinde.

Incidentally, the event attended by Rashmi is associated with Shinde and the latter was part of the procession when the goddess’ idol was brought from Kalwa, a few days ago. Among those present when Rashmi visited the mandal were Thane MP Rajan Vichare, MP Priyanka Chaturvedi and hundreds of workers, mostly women, from the Uddhav faction. Rashmi also visited the Bhandup residence of jailed Sena leader Sanjay Raut.

Former Mumbai mayor and Sena spokesperson Kishori Pednekar said Rashmi and others had not gone to Tembhi Naka for politics. “The Thackeray family has always visited this pandal. Even Uddhavji and Aaditya are expected to be here to seek Devi’s blessings in the coming days,” she said. Ahead of her visit, the Shinde group chose to be cordial. They said anybody was welcome to the pandal.

Next Story : Mumbai: Cop saves lives trapped in fire at Dahisar; will be rewarded by CP