Mumbai: We pay toll, we have right to proper roads, say commuters 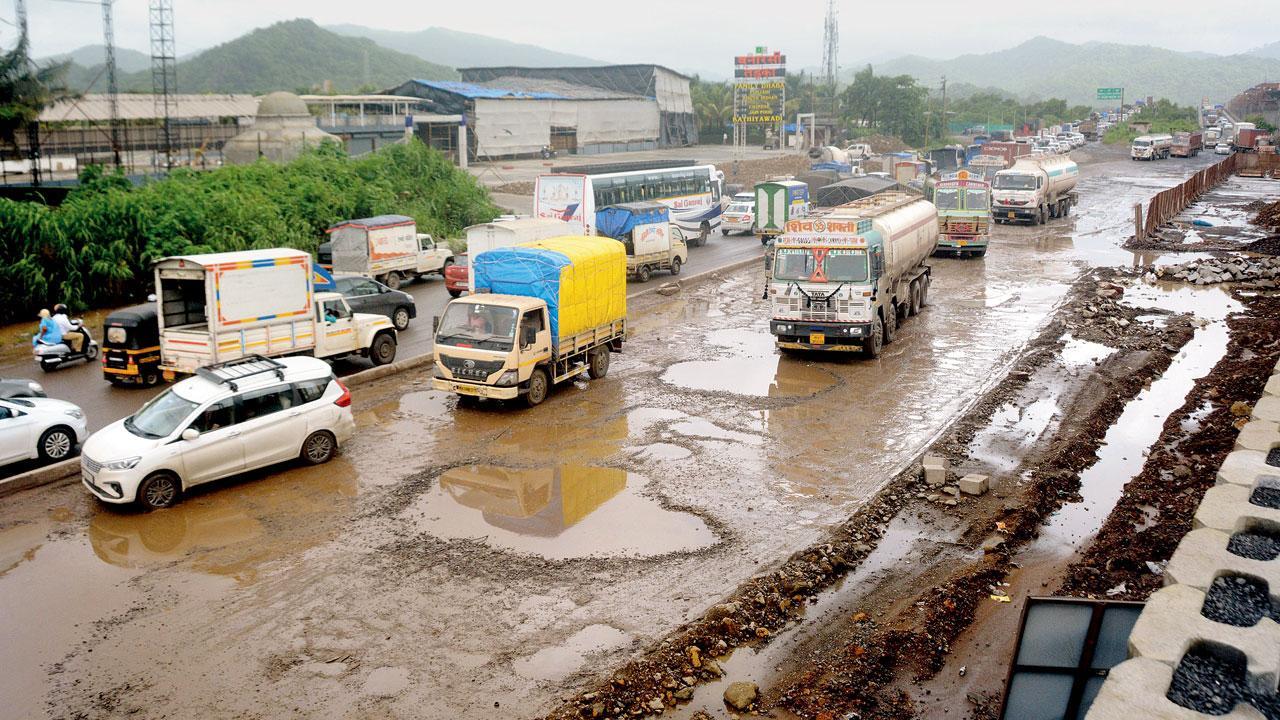 Traffic congestion on the pothole-ridden stretch of the Mumbai-Ahmedabad Highway after the Versova Bridge. Pics/Satej Shinde


Motorists taking the Mumbai Ahmedabad Highway are unhappy with the terrible condition of the stretch after Versova Bridge near Nagla. Huge potholes on this stretch lead to severe traffic congestion on the north-bound stretch of the highway, especially during the morning and evening peak hours. Commuters have taken to social media to express their dissatisfaction. The Mumbai-Ahmedabad Highway is an important National Highway which sees thousands of motorists daily. 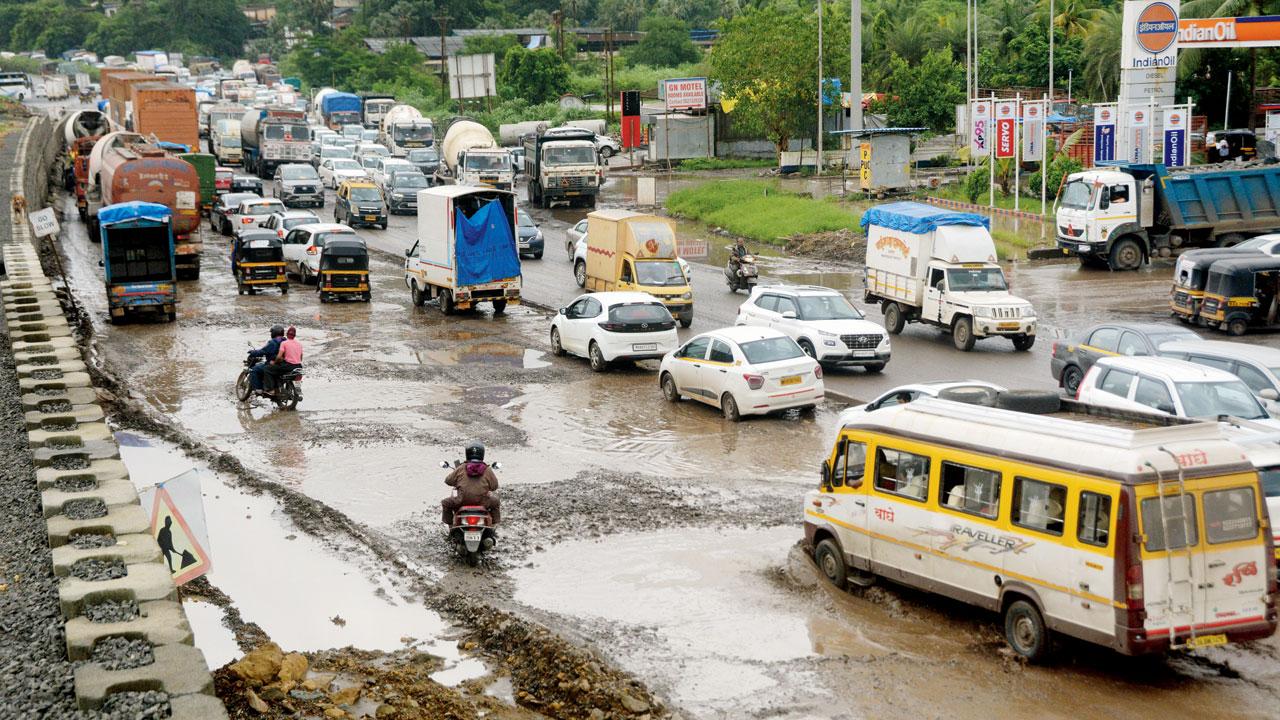 The 100- to 200-metre stretch after the Versova Bridge over Vasai Creek is the worst, say commuters. Parag Raorane, a motorist, said, “Travelling between Versova Bridge and Vasai has become a nightmare, all thanks to the potholes-ridden patch on the Mumbai-Ahmedabad Highway, especially the stretch after the bridge. The National Highways Authority of India (NHAI) should take efforts and repair the potholes at the earliest.”

Shubham Singh Thakur tweeted, “Sir, we pay toll. We have the right to get a proper road. But pls see the condition of NH48 (Surat to Mumbai) this big pothole. That causes damage to personal life daily (sic).”

Another motorist Ravikant Poddar tagged NHAI and Nitin Gadkari, minister of road transport and highways, and tweeted, “Due to a big pothole near Charoti, 100 km from Mumbai, both the tyres of my car burst. Stranded on the highway. New tyres need to be bought. Hope u understand the kind of mental agony and financial loss travellers bear even after paying toll (sic).”