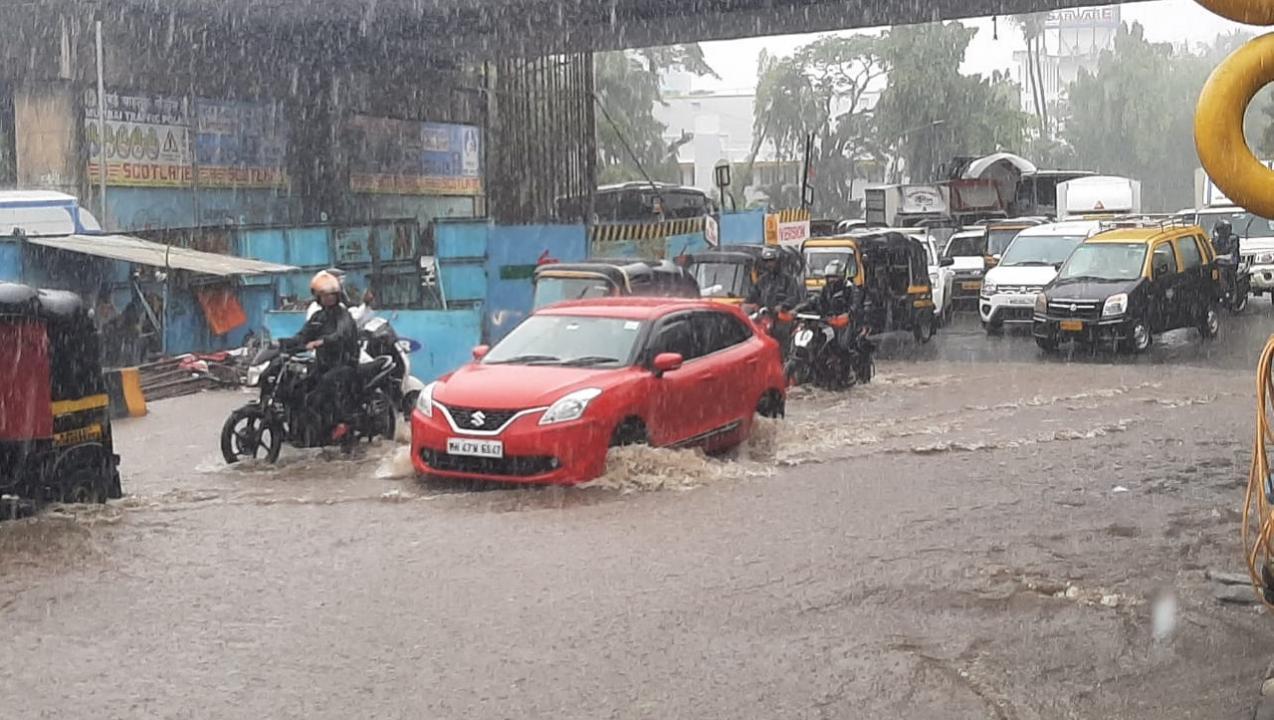 
The trains and bus services in Mumbai were hit on Friday morning as heavy rains lashed the city. The India Meteorological Department (IMD) has predicted heavy rains in the city and suburbs on July 1 and 2.

On Friday, Mumbai received moderate to heavy rainfall between morning 8.30 am to 6.30 pm. Rains likely to continue more or less with same intensity, tweeted KS Hosalikar, head of IMD Pune.

Waterlogging was witnessed in several low-lying areas due to heavy downpour. "Andheri subway is closed temporarily due to waterlogging. Traffic is diverted to Gokhale Road. Commuters are requested to take note," tweeted Mumbai Traffic Police.

Andheri subway is closed temporarily due to water logging. Traffic is diverted to Gokhale Road. Commuters are requested to take note.#MTPTrafficUpdates

Waterlogging was also reported on Sion-Bandra Link Road in Mumbai.

Meanwhile, Western Railway has said that despite rainfall trains were running normally.

The IMD Mumbai has forecast moderate to heavy rains with the possibility of very heavy to extremely heavy rainfall at isolated places on July 1.

The Central Railway has claimed that the suburban services were running as per schedule.

Despite rains between CSMT-Thane and CSMT-Vashi sections, there was no waterlogging on the tracks anywhere and trains were running as per schedule, said Shivaji Sutar, the chief public relations officer of the Central Railway.

The Brihanmumbai Electricity Supply and Transport (BEST) undertaking had diverted a few routes due to waterlogging in Sion area of the city.