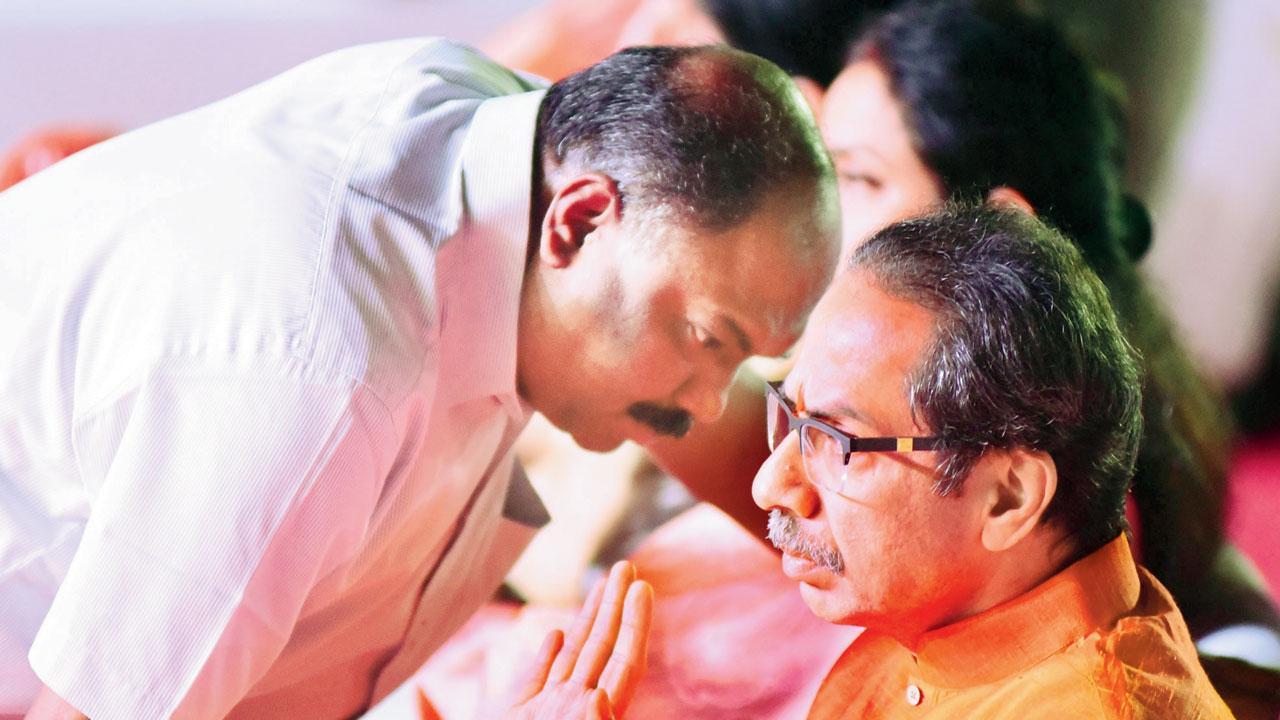 
The Maha Vikas Aghadi displayed a show of strength and unity after Chief Minister Uddhav Thackeray’s most trusted lieutenants was raided by the Enforcement Directorate (ED) on Thursday. In addition to action against Thackeray’s brother-in-law Shridhar Patankar, the search at the premises of the transport and legislative affairs minister was seen as the biggest development so far.

Many leaders from the Shiv Sena and the MVA government are under the scanner of the ED and other central agencies, including former minister Anil Deshmukh and sitting Cabinet minister Nawab Malik who are in custody.

Parab is one of the most important people in the CM’s personal and political inner circle. Trusted equally by the late Balasaheb Thackeray, the three-time MLC is a strategist in the party affairs and in-charge of the city’s western suburbs. A trained lawyer, he has been loyal to the family through thick and thin. Parab rose from the ranks, and made it big in 2019 when he was inducted in Thackeray’s Cabinet. He attained the status of the third important leader after the CM and his minister son Aaditya Thackeray.

The MVA on Thursday said the ‘victims’ will fight the vindictive agenda, while the BJP said the actions against all leaders will be taken to the logical end. The state Cabinet met in the afternoon as scheduled, but Parab couldn’t attend it. The ministers decried the development. Later in the day, CM Thackeray, NCP boss Sharad Pawar, Congress leaders and several ministers accompanied the Sena’s Rajya Sabha candidates, Sanjay Raut and Sanjay Pawar, to the Vidhan Bhavan where they filed their nominations for the June 10 Rajya Sabha polls.

“We’re used to it now. It is a political vendetta. They are wrong if they think they can win the elections by putting pressure on us through the probe agencies. We (the MVA) will win all seats,” said Raut, who is also the party’s chief spokesperson. “The action will not weaken Sena’s fight against the BJP, but make us even stronger in our resolve,” he added.

Raut said the BJP leaders have committed offences that are more serious in nature, but no action has been taken against them despite handing over the documents. “The state politics has not seen such a low. The MVA and the government will not buckle under any pressure.”

Deputy Chief Minister Ajit Pawar said he expected an unbiased investigation, and added that some people knew what would happen next. He was indirectly referring to BJP’s former MP Kirit Somaiya who is a complainant in many cases, including those involving Parab and Pawar’s relatives who were raided in a sugar mill case.

Suggesting Parab’s arrest, Somaiya said the minister should pack a bag of clothes. “After Anil Deshmukh and Nawab Malik, it’s Parab’s turn now,” he added. He reiterated the allegations against Parab, expecting the agency to arrest yet another Sena leader, former chairman of the civic standing committee Yashwant Jadhav. State BJP president Chandrakant Patil said the affected parties and leaders should move courts if the action was an act of revenge.

Next Story : ‘Need laws in place and a change in mindset’