Project delayed due to green nod; distance of 10 km will be reduced as local residents can avoid a detour 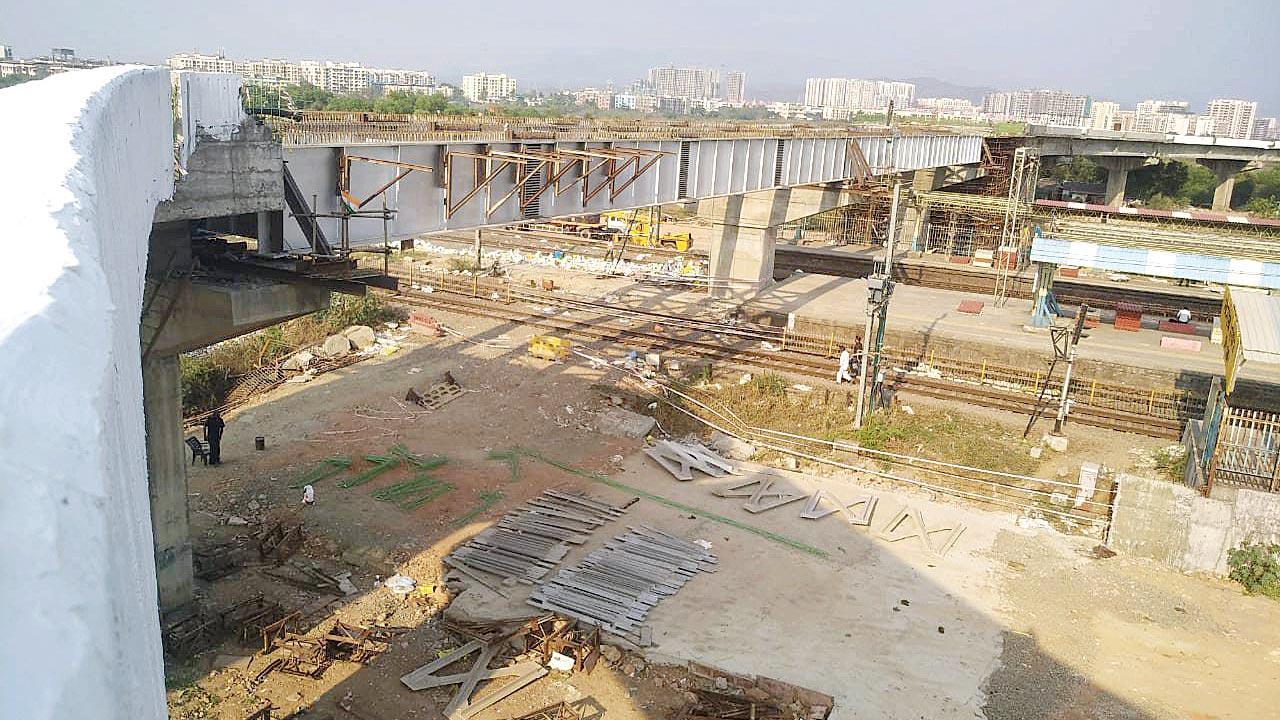 The project will provide connectivity (for the western part of Naigaon and Vasai), to not only the east but will also give direct access to Mumbai and Ahmedabad Highway


After  a delay of nine years, the Naigaon east-west road overbridge is finally complete and will be open to the public in the next two months (April). The project was stalled owing to green permissions. For locals, this bridge will reduce a distance of around 10 km as one can avoid the current detour. Motorists travelling towards Mumbai will save a good hour.

Though the basic project work, undertaken in coordination with the Mumbai Metropolitan Regional Development Authority (MMRDA), started in December 2013, work was delayed due to environmental and other clearances. The key elements of the project work began only in 2015.

Railway officials said that for construction on salt pan land MMRDA gave verbal clearances in November 2015 on the east side, the high court permissions for mangroves came in March 2015. In addition to this, tree cutting permissions for the bridge required elaborate permissions from the Vasai Virar Municipal Corporation (VVMC), forest department and tehsildar office. The VVMC permissions were also required for the shifting of electrical poles.

“At present, there is no connectivity from Naigaon East to Naigaon West. People staying at Naigaon West and part of Vasai West, at present have to travel to Vasai Road overbridge to cross to the east and also to go to Mumbai and Ahmedabad. Once the Naigaon bridge is completed and the east-west connectivity is established, around 10 km distance will be reduced to travel to Mumbai and overall about one hour of travel time will be saved during heavy traffic time,” Sadanand Kambli, a resident said.
Another resident, Mayford D’Souza, said, “Due to the upcoming residential projects in and around Naigaon and Vasai West, vehicular traffic has increased. Hence the widening and improvement of existing roads were very necessary.”

“The construction of this road overbridge on Naigaon-Juichandra-Bopane Road SH-41 across Western Railway track near Naigaon railway station was a part of the widening and improvement plan. The Naigaon-Juchandra-Bopane road project is a State Highway-41, which starts at National Highway-8 and ends at Naigaon railway station east. The elevated viaduct structure is approximately 1.3km long between Naigaon West and Naigaon East,” Sumit Thakur, Western Railway chief public relations officer said.

“The existing Naigaon-Juchandra-Bopane Road originates from State Highway-41 (NH-8) and ends at Naigaon station east. There was no connectivity from Naigaon East to Naigaon West and the adjoining area of Vasai West. This project will provide connectivity (for the western part of Naigaon and Vasai), to not only the east but also give direct access to Mumbai and Ahmedabad Highway. MMRDA has envisaged a bus-based public transport system to maintain the philosophy of a sustainable urban sprawl,” he added.

The proposed road overbridge and Naigaon-Juchandra-Bopane road will be the linking roads for the traffic coming from Vasai West and Naigaon West towards Mumbai, Thane and Ahmedabad. Given the rapid developments that are taking place in this extended suburb of Mumbai city, situated in Palghar district, the vehicular traffic has increased substantially. Hence, the need was felt to construct this road overbridge, connecting east to west, to cater to future increases in traffic.

Work timeline of the road overbridge