No relief for walkers in quaint south Mumbai, too

From south Mumbai to the eastern seaboard neighbourhoods, ramps impeding footpaths are galore and cars parked on pavements even in the poshest areas are a bane for walkers 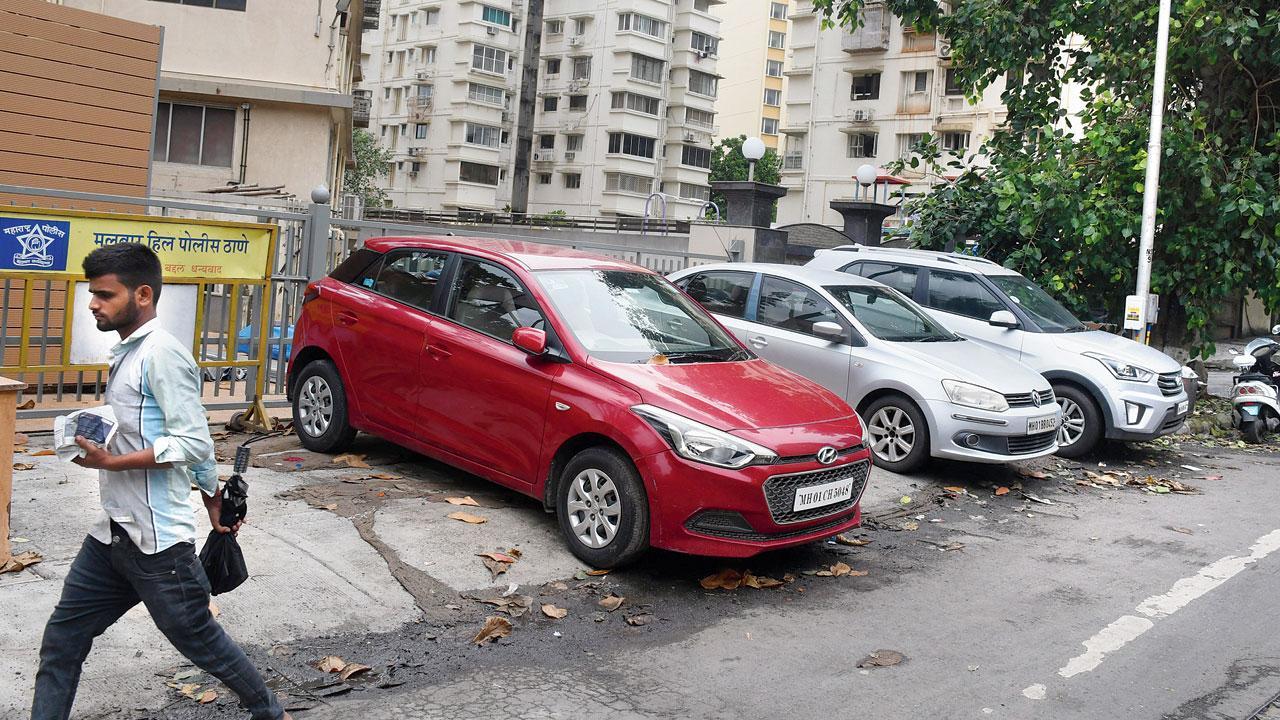 Cars parked on the footpath outside Embassy Apts on Napean Sea Road, on July 10. Pic/Ashish Raje


The quaint neighbourhoods of south Mumbai, dotted with heritage structures, are no different when it comes to snatching away the city’s footpaths from citizens. Unlike garages, and scrap shops that block sidewalks in the suburbs, swanky cars are the villains in pockets like Colaba and Napean Sea Road. It’s more brazen in areas where families own more than one vehicle. The island city—Colaba to Sion and Mahim—has a pavement network of 400 km.

Also read: Why Mumbaikars have now started walking on roads 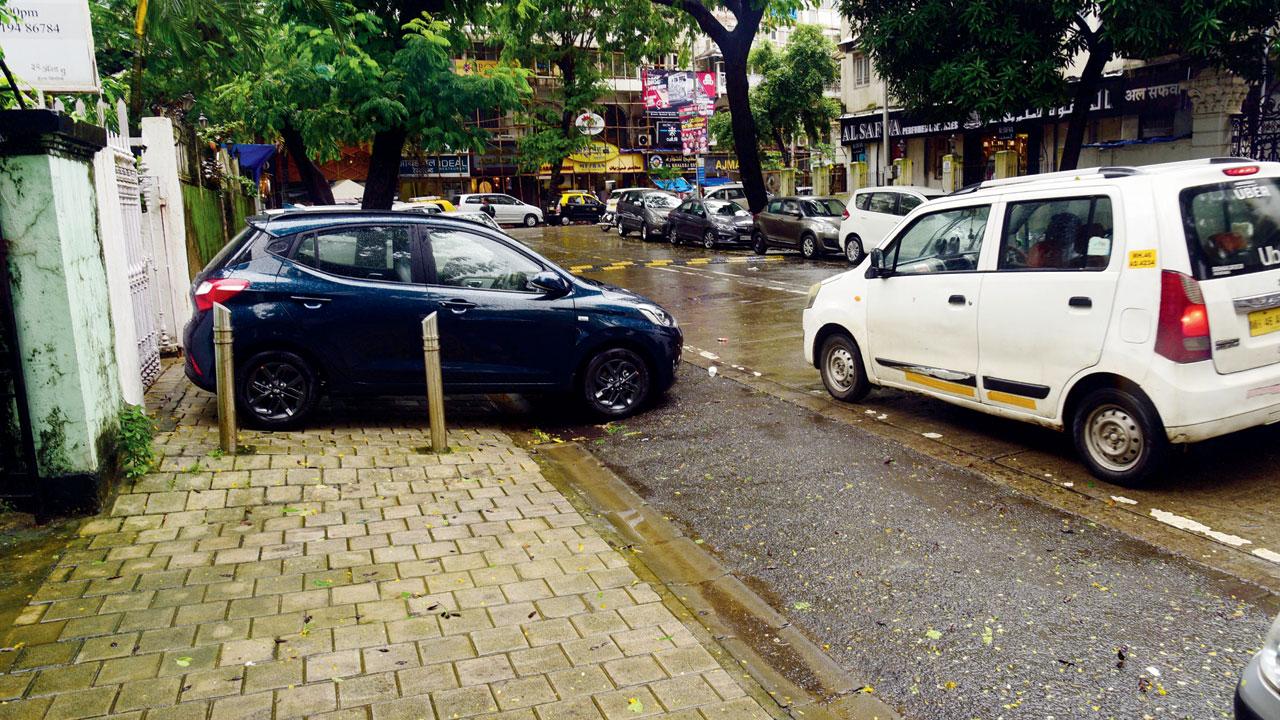 As part of its series ‘Nowhere to go’, mid-day visited Napean Sea Road and Colaba and their poorer cousins like P D’Mello Road and Dockyard Road. In SoBo, several societies have modified pavements to suit their convenience. “How can we take the car onto the road without a ramp. The BMC itself approves the plan of the society gate. I don’t think this encroachment as we don’t have any other option,” said a SoBo resident requesting not to be identified. 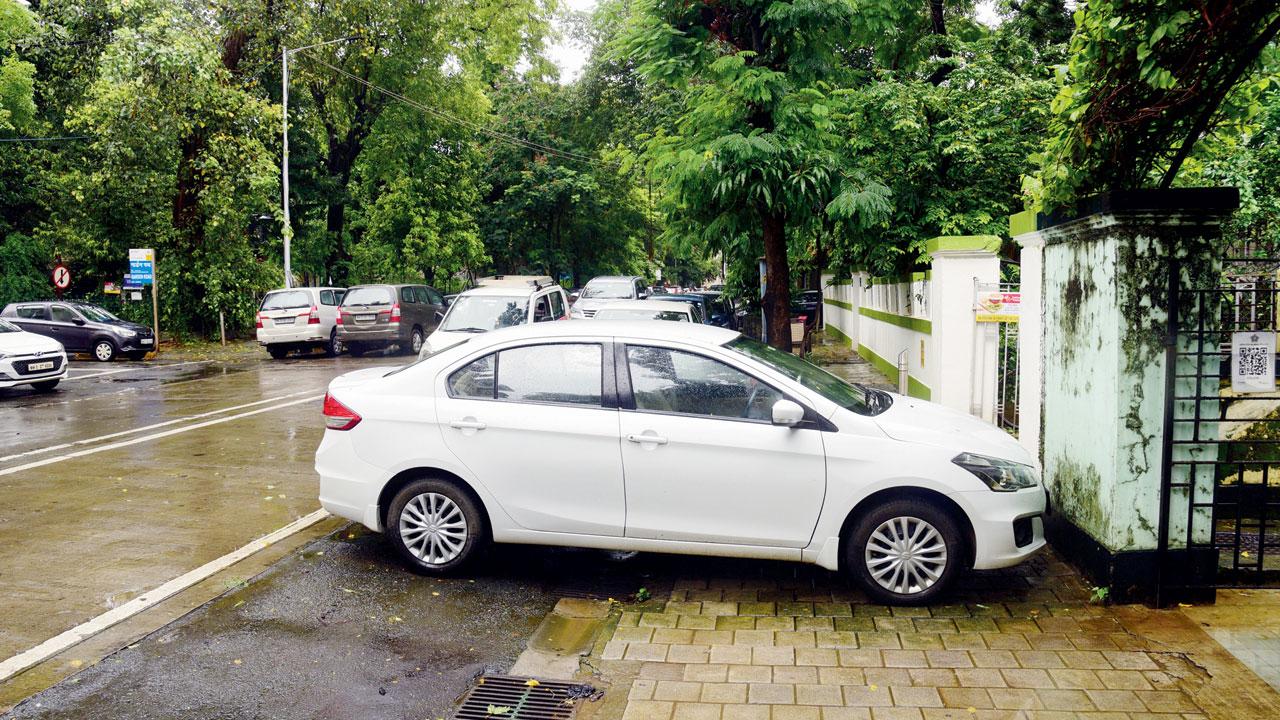 mid-day visited Shree Boman Kawasji Boman Behram Marg to find a lot of vehicles parked on the footpaths. There was no way a pedestrian could cross the stretch without getting onto the road. 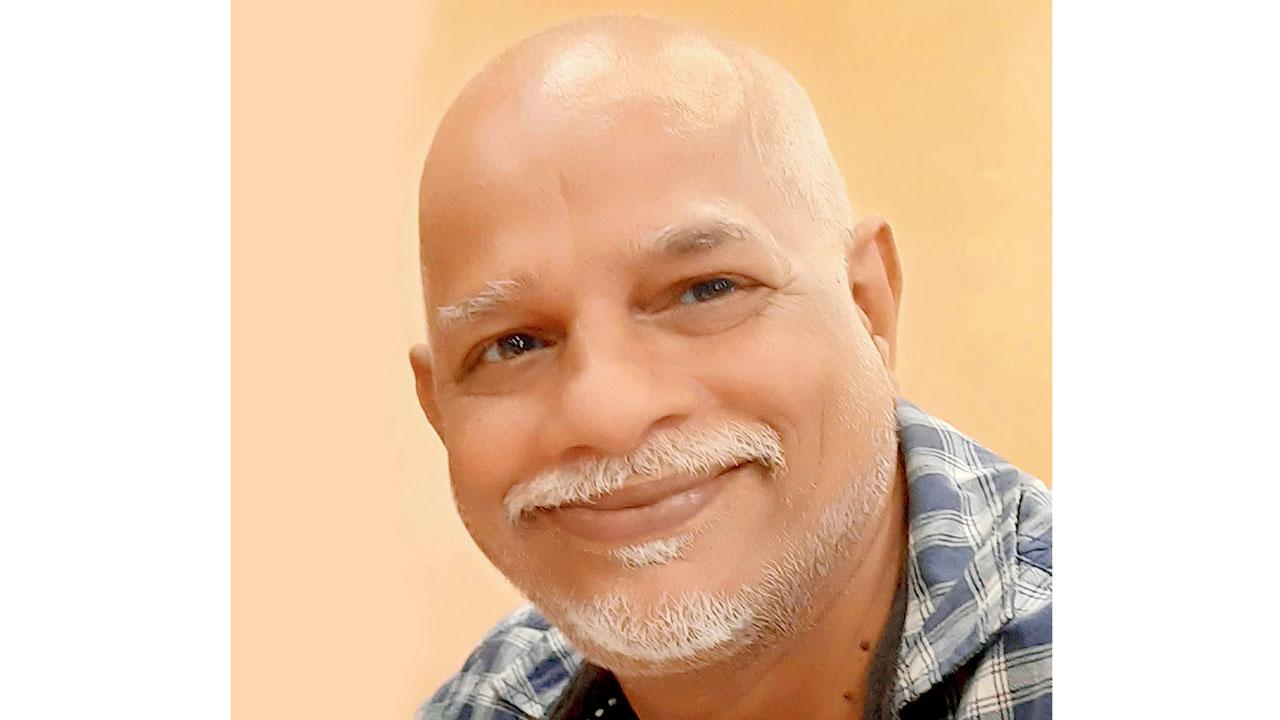 “Most local residents park their vehicles in the internal lanes that don’t have much footfall or traffic. But many shoppers and tourists visit Colaba and they block roads as well as pavements, creating traffic problems,” said a local resident. Kishor Hadapa, who lives in Colaba, told mid-day, “Here most of the buildings are old and don’t have a parking facility. We have always tried to approach the authorities to find a permanent solution to this problem. But that doesn’t work.”

Where walking is a risky deal 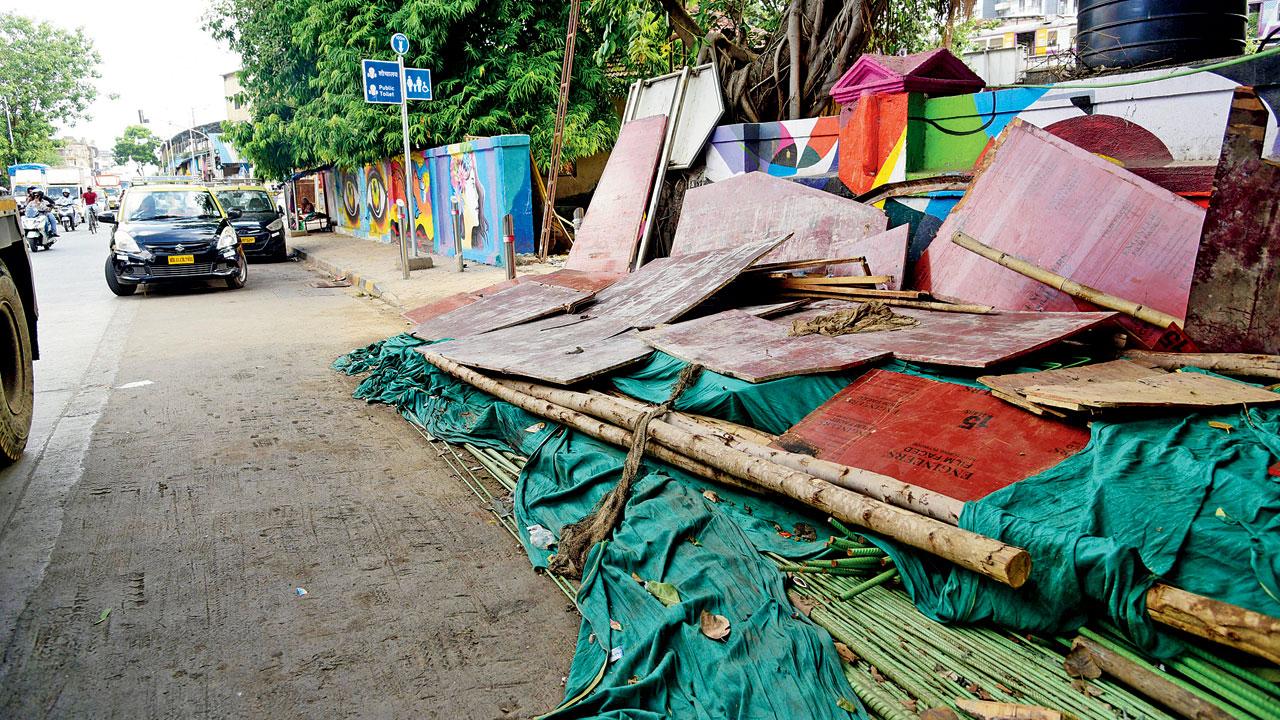 The arterial P. D’Mello Road in SoBo is one of the busiest carriageways in Mumbai, but walkers get no respite here as scrap dealers have taken over all the footpaths. It’s the same scene on Reay Road and Dockyard Road. 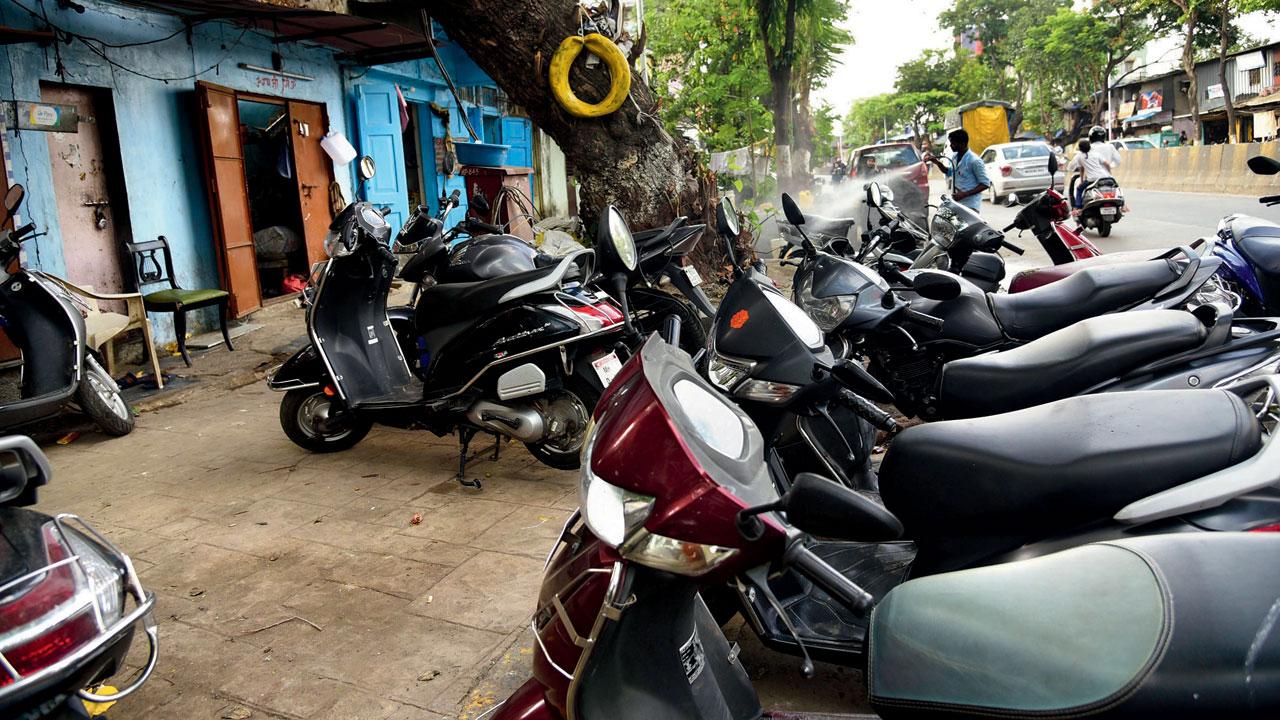 Bikes block the pavement between Reay Road and Dockyard Road

“We are always forced to walk on the road as the footpaths have been completely encroached upon. It is quite dangerous to walk along the stretch since there are speeding vehicles and one needs to be very careful. We can never think to walk on this road with children,” said Sanjay Sagavekar, a Dockyard Road resident.

NApean Sea Road may be one of the poshest neighbourhoods in Mumbai, but that doesn’t guarantee an unobstructed walking experience for citizens. mid-day found cars parked on pavements outside the Embassy Apartment near Breach Candy. At Cumballa Hill, too, vehicles were blatantly parked on the footpaths. 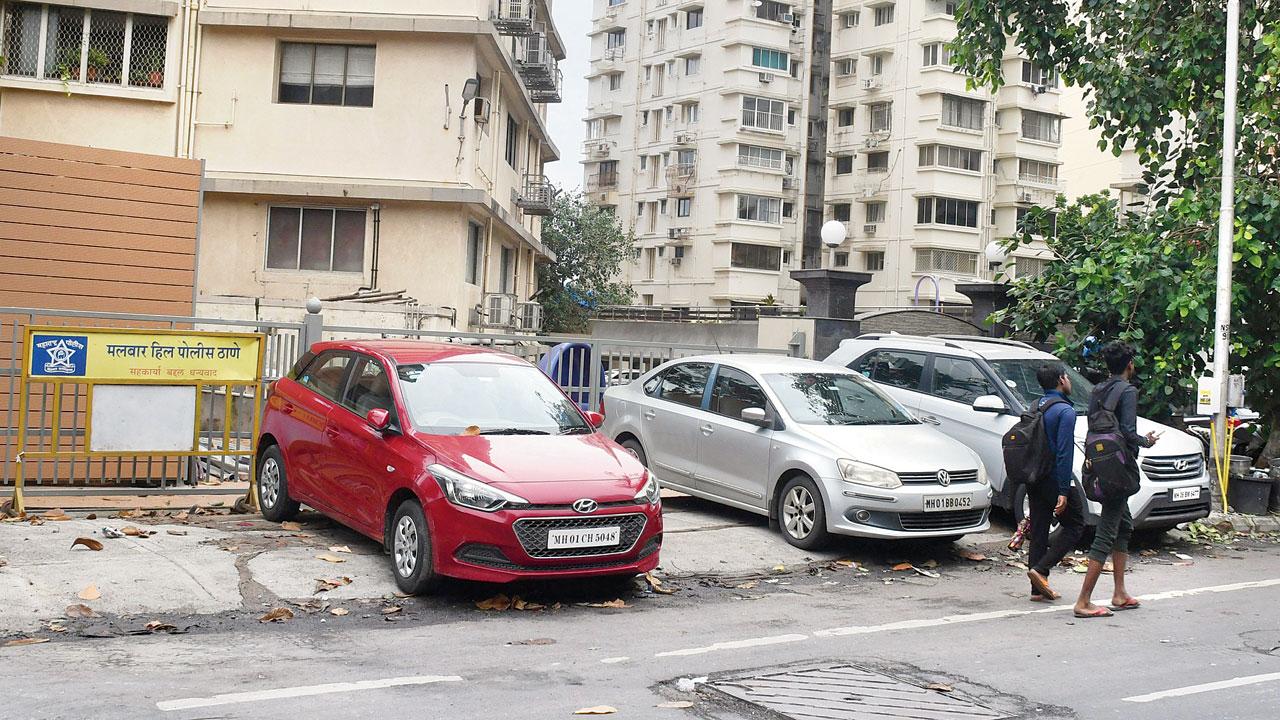 The upscale locality of Napean Sea Road is no guarantee for unobstructed walking space. Pic/Ashish Raje

“Yes, there is parking on the footpath. Even on both sides of the road,” said Sneh Shah, resident of Napean Sea Road. “The authorities should plan parking lots which will help residents as well as pedestrians. Also, it will sort out traffic congestion in the area.”

Civic activist Vidya Vaidya said it’s completely wrong to make a ramp on the footpath to facilitate vehicle movement. “This is because of bad planning by the builder and ignorance of the city body. The footpath needs to be levelled so that pedestrians can walk on it easily.”

“Mistakes in our city planning have created problems for vehicles on the road or on sidewalks. Sidewalks are made for pedestrians to walk on. Everyone has forgotten this,” said Sulakshana Mahajan, architect and urban planner.

Mahajan said the problem should be addressed by thinking from all angles. “Policymakers should take this issue seriously. Citizens should raise them at the time of elections. Everyone should play a conciliatory role in this. If the citizens are spending lakhs and crores to buy cars, then why can’t they pay for parking?”

400km
Length of footpaths in the island city

Next Story : Mumbai monsoon: Lake levels highest in a decade