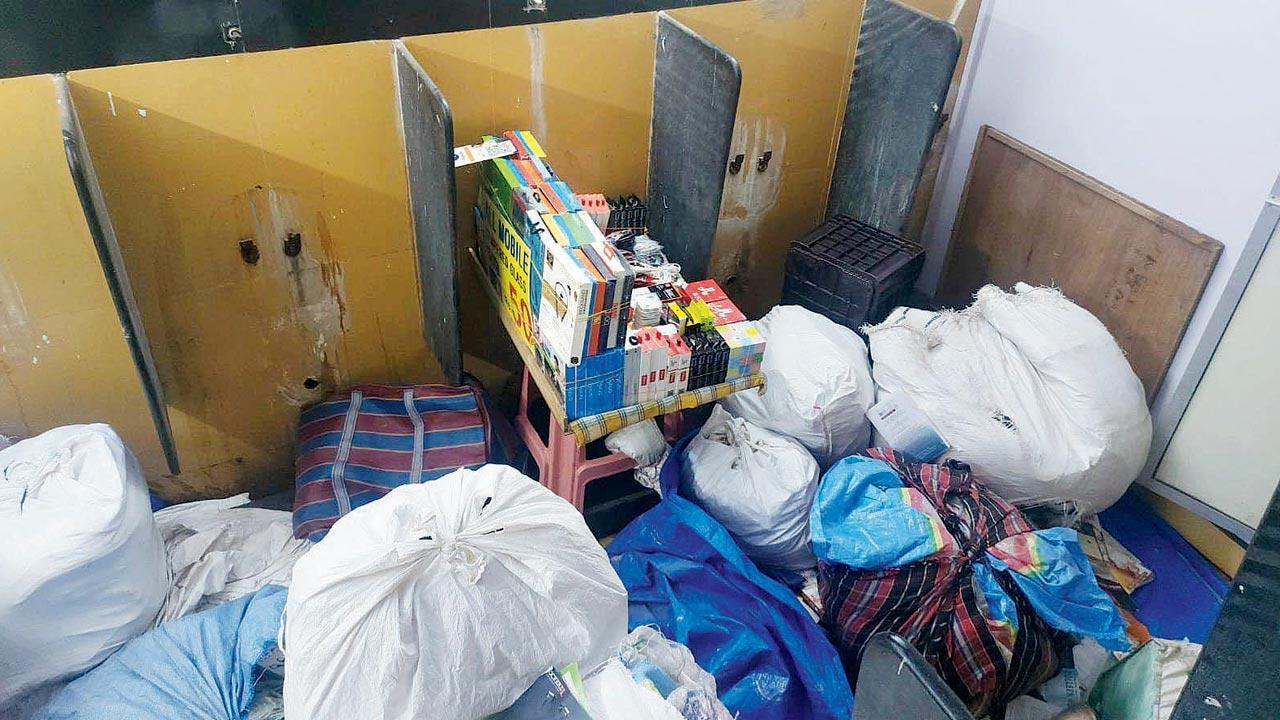 The public toilet on platform no. 2 at Thane station that has been taken over by hawkers


After railway bridges, train compartments and stations, hawkers have now taken over public utilities in railway premises at Thane station, to evade action by civic officials.

As the Thane Municipal Corporation (TMC) has launched an anti-hawkers drive outside the station, hawkers have reportedly taken over the public toilet on platform number 2 to store their goods. Former TMC standing committee chairman Sanjay Waghule, who visited the station on Friday, exposed this and submitted a complaint to Railway Minister Ashwini Vaishnaw seeking action. 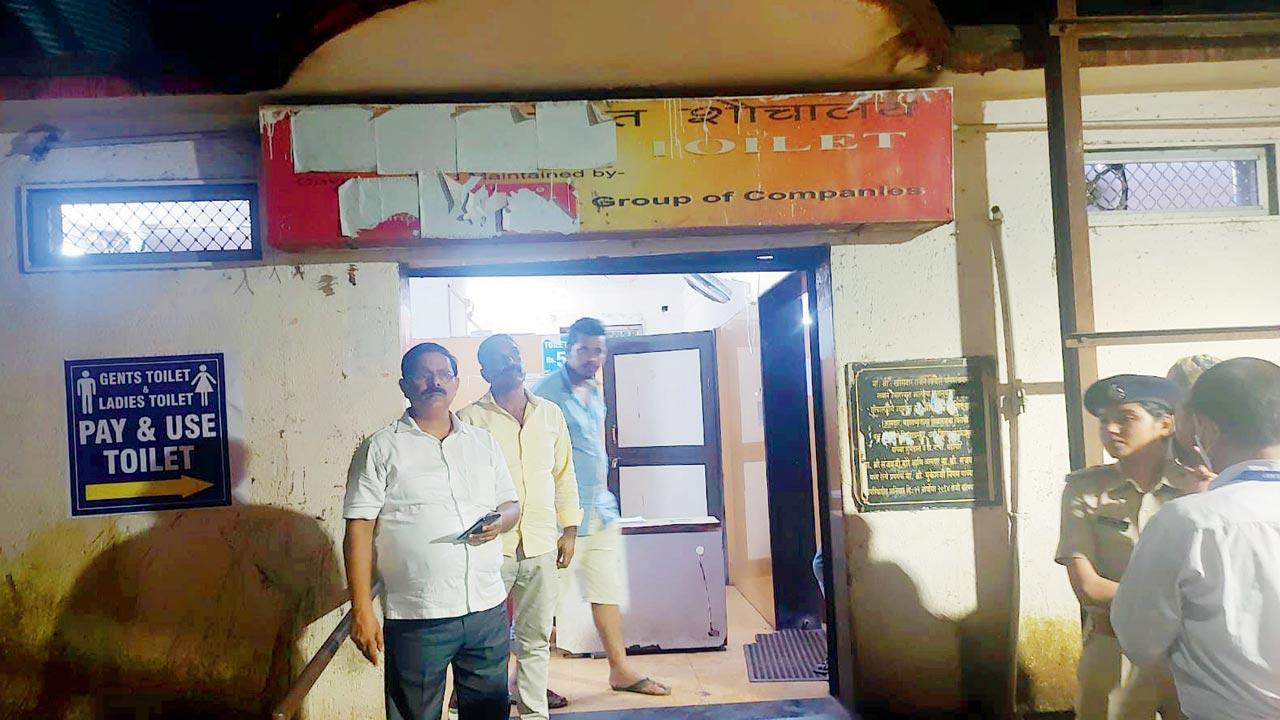 Complainant Sanjay Waghule outside it

Thane station is one of the 75 A-1 category stations on Indian Railways which act as important transport hubs on Central Railway. “Thane station is such an important place and used by lakhs of passengers every day and this is just shocking. I complained to the station master, and the authorities have taken up the matter seriously,” Waghule said.

“Despite a high court order restricting hawkers 150 metres from railway stations, such things go on. Thane station is one of the busiest on Central Railway’s Mumbai division and if public utilities are taken over like this, what is the use of spending public money on them?” Waghule asked.

A local resident said, “Hawkers have been very aggressive and unruly in Thane. In fact, last year, an assistant municipal commissioner from the anti-encroachment department lost three fingers after she was attacked by a hawker during a drive. It is a regular feature for hawkers to take cover inside the station temporarily when the civic teams arrive.”

The Railway Police Force office, which is supposed to monitor the security and activities at the station, is located away from the premises, behind the bus
depot. CR officials said they will step up the drive. “The anti-hawkers drive onboard trains and railway stations is a sustained effort and all who are nabbed are then handed over to RPF for prosecution under Section 144 of the Indian Railways Act,” a CR spokesperson said.