The magazine by, of and for Pathare Prabhus

As a community magazine turns 100, one of its working editors looks back at its history and legacy 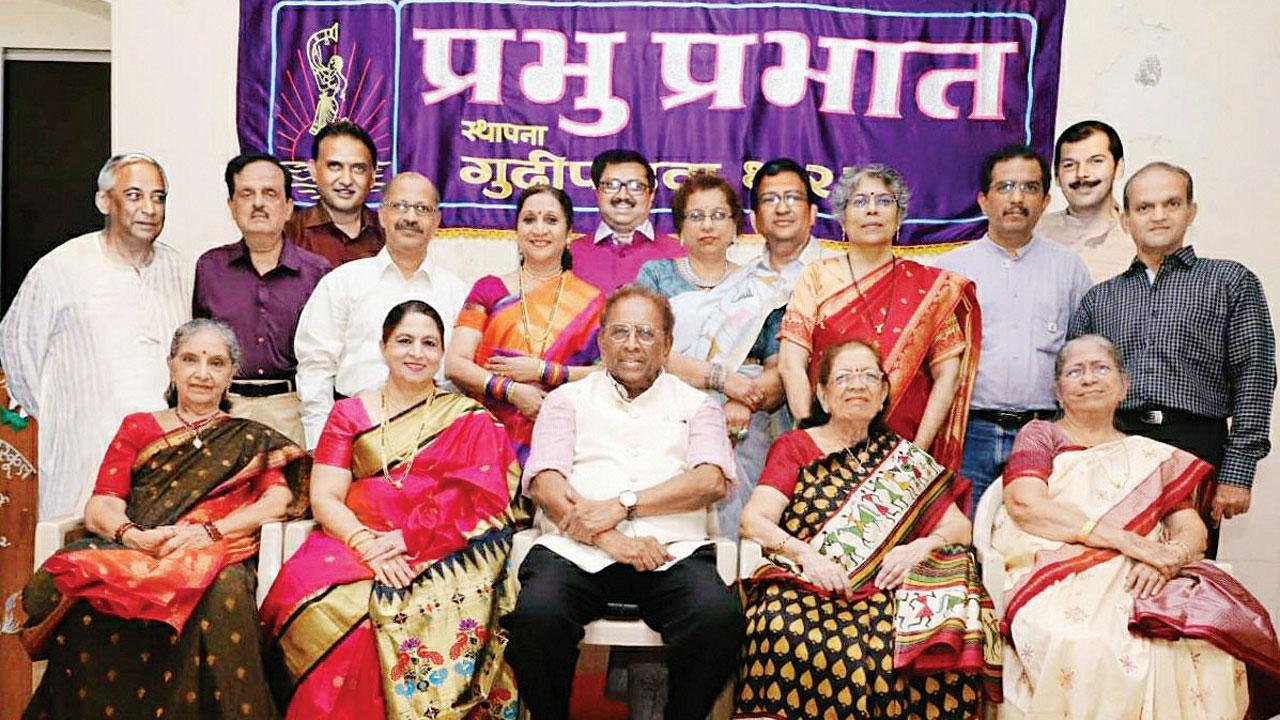 
Back in 1983 when Girgaum, unlike its gentrified present, was bustling with chawls and quaint bazaars, the Pathare Prabhu families, many of whom lived in the neighbourhood since eons, came together in a unique show of strength. Thousands of women decked in traditional jewellery and draped in the Maharashtrian nine-yard saree, took to the streets to flaunt the best their community had to offer.

Dr Anita Rane-Kothare, head of department of Ancient Indian History, Culture and Archaeology at St Xavier’s College, then in her teens, remembers joining this procession. “It was called the Shobha Yatra,” she says, when we meet her at the college’s campus.

The idea for the yatra, she says, was born in an editorial meeting of the monthly community magazine, Prabhu Prabhat. Kothare, who went on to join the same editorial board a few years later, says the magazine became the voice of the Pathare Prabhus, among the earliest inhabitants of the city. Last Sunday, the editorial team released a special edition to mark 100 years of Prabhu Prabhat.

Kothare, who has brought along a bunch of magazines to show us, says that while Prabhu Prabhat has evolved in the last century—from a slim digest-size black and white publication to a standard magazine with glossy, colourful covers—at its core, it still remains true to its first edition, disseminating news about the community to its people. 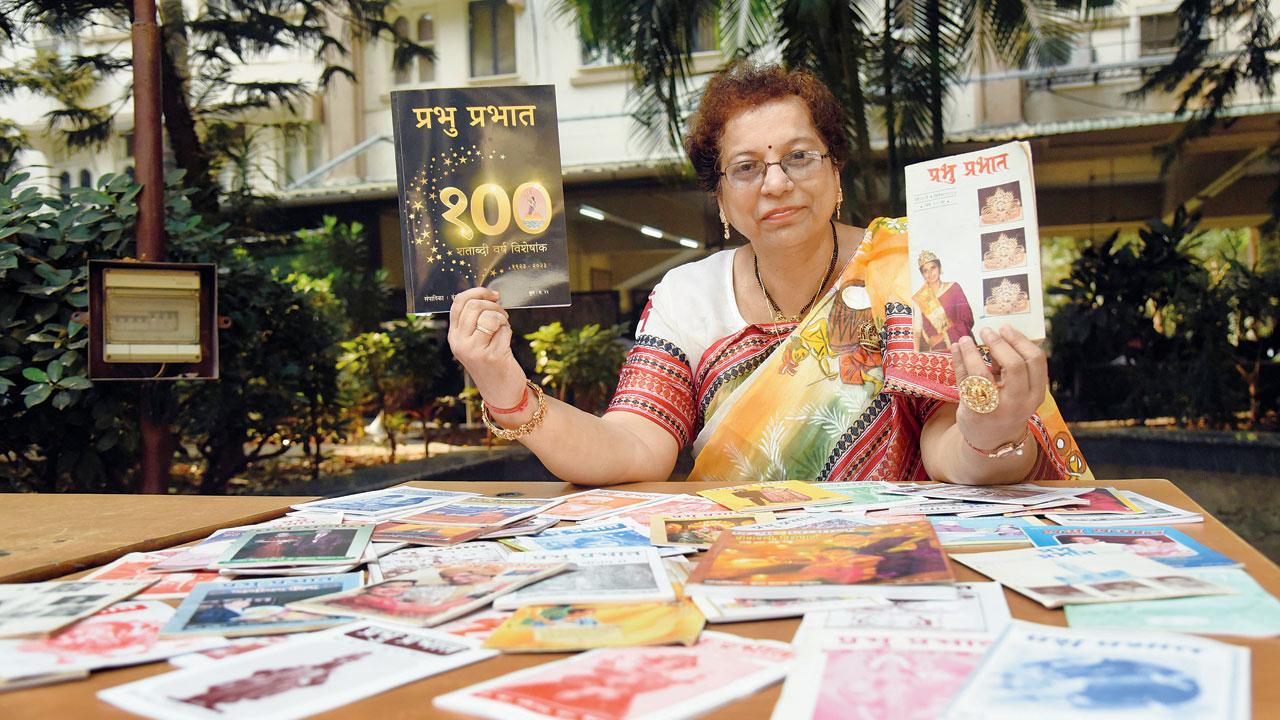 Dr Anita Rane-Kothare has been on the editorial team of Prabhu Prabhat since 1990. Pic/Sameer Markande

Prabhu Prabhat’s history is closely linked with that of a monthly newsletter called Prabhu Masik, launched in 1906. It was widely circulated in the early 1900s, and noted painter Mahadev Vishwanath Dhurandhar was said to have contributed his drawings to the publication. “But by the mid -1920s, it seemed to be losing readers. That’s when a bunch of young men came together to start Prabhu Prabhat,” says Kothare.

Also Read: This Mumbaikar pens a memoir about serving his country on a limb and a prayer

The magazine was launched on Gudi Padwa, on March 18, 1923. Its founding editor was Ramrao Ganpatrao Vijaykar, and the co-editors were Sakharam Vitthal Rao and Khanderao Sadashiv Trilokekar. “Apart from publishing a timely, up-to-date census, they also carried births, deaths, marriages, which included the inter-caste ones as well, and achievements, including those in the fields of education.” Meritorious students, who topped at the University level, would also grace the front page. Kothare is one among them.

Kothare, who has been on the editorial team since 1990, was mentored by noted writer-politician Pramod Navalkar, who edited the publication till his death in 2007, and Dr Sunil Arvind Rane. “When someone from the community passed on, Pramod Navalkarji would write some of the most beautiful obits that celebrated the life and times of the person. These obits, almost 50 of them, were later published as a separate book,” she remembers.

When Navalkar died, Kothare says Dr Rane came out with a special edition dedicated to its foremost editor, who began his career as a journalist and went on to serve as a legislator for nearly 30 years. “Raj Thackeray, who had paid tribute to Navalkar by sketching his cartoon, also gave us permission to carry it in our publication,” she says.

Juggling teaching at St Xavier’s and editing the magazine was hardly a challenge, she says. “I’d visit the office, which is on Dr Dadabhai Naoroji Road, twice or thrice a week in the evenings, and wrap up any writing or editing work.” Today, the editorial team comprises 17 people, all scattered across the city, especially in the suburbs.

The publication, she feels, gave her and others a solid grounding, which helped many in their respective careers. Several social and arts groups, like Mahila Samaj, Social Samaj, Houshi Kala, and charities and relief groups, worked in tandem with the publication.

Next Story : Mumbai: Inside a container clinic in Dharavi