Secondhand car dealers are adding to the woes of pedestrians, who are left with no choice but walk on the roads, putting their lives in danger 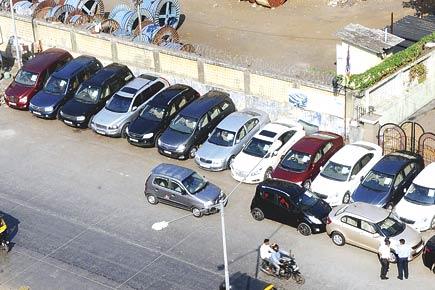 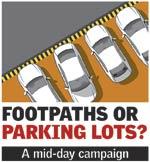 Gravityy Motors, near Don Bosco in Borivli (West)
Secondhand car dealers are adding to the woes of pedestrians, who are left with no choice but walk on the roads, putting their lives in danger.

It has been observed that these dealers have converted footpaths into private parking lots. mid-day correspondent Chetna Yerunkar took stock of three such places, where encroachment of footpaths by car dealers is rampant.

The dealers claimed they were forced to park on the footpath as they did not have space to display all of their vehicles under one roof.

More than 12 cars for sale have been parked on the footpath by the dealer. Hardly 10-feet-wide, the cars have rendered the footpath useless for pedestrians. Double lane parking on the next footpath adds to their woes.

The other side
Sunny Panchal, Gravityy Motors owner, said, “Footpath should be clean. Huts are being constructed on the footpaths. All we are doing is just parking our vehicles. 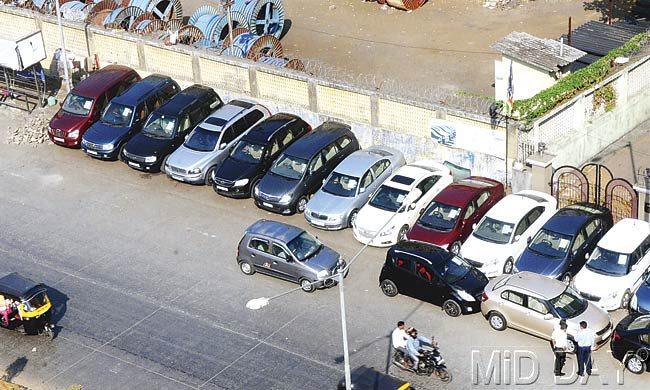 Moreover, the footpath is hardly used and there is just one bus stop there. So I don’t think parking cars should bother anyone, as we hardly park five to six cars there.” 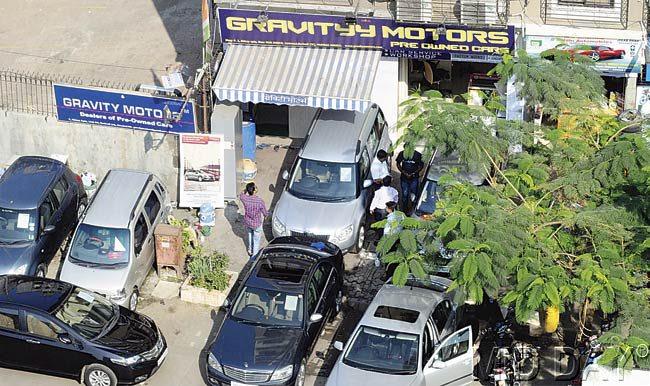 Reliable Motors, near Hypercity Mall, Goregaon (West)
A similar scene was witnessed here, as a local car dealer has converted the footpath into a parking lot. More than 15 cars were parked right in the middle of the more than 10-foot-wide footpath. Even those visiting the mall were resorting to double lane parking on the footpath opposite the building. 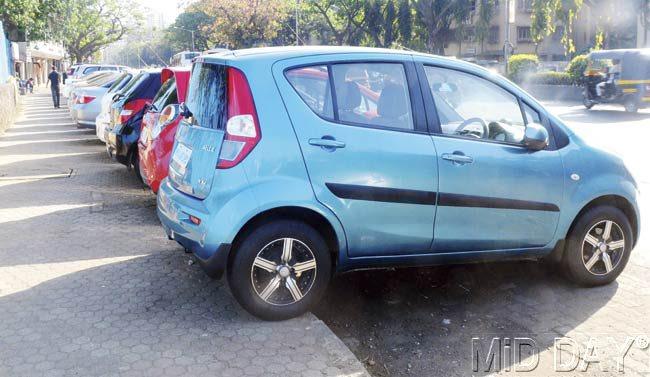 The other side
Rizwan Khan, Reliable Motors owner, said, “Yes, we do park on the footpath sometimes. But there is no specific reason why we use footpaths for parking.”

Kantawala Motors, near Matunga station, Matunga (East)
Here, the number of vehicles parked on the footpath increase and decrease, as per peak hours. Pedestrians are forced to use the road, as hawkers and fruit vendors encroach upon the remaining space on the footpath. 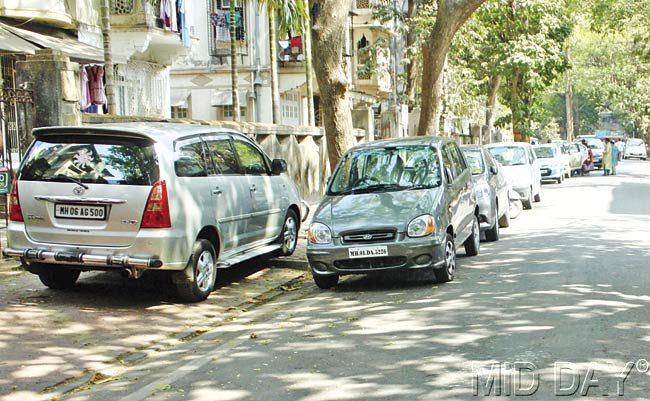 The other side
Gautam Kantawala, owner of Kantawala Motors, said, “We personally have complained to the RTO about haphazard parking on the roads, as there are several marriage halls in the area. During wedding season, we are forced to park on the footpath.

Next Story : Now, get a gas connection in Mumbai within 2 hours