Kesarkar, who was the spokesperson of the rebel group of Shiv Sena during the Maharashtra political crisis, said that they will speak to former Chief Minister Uddhav Thackeray at the right time and all misunderstandings will be sorted out 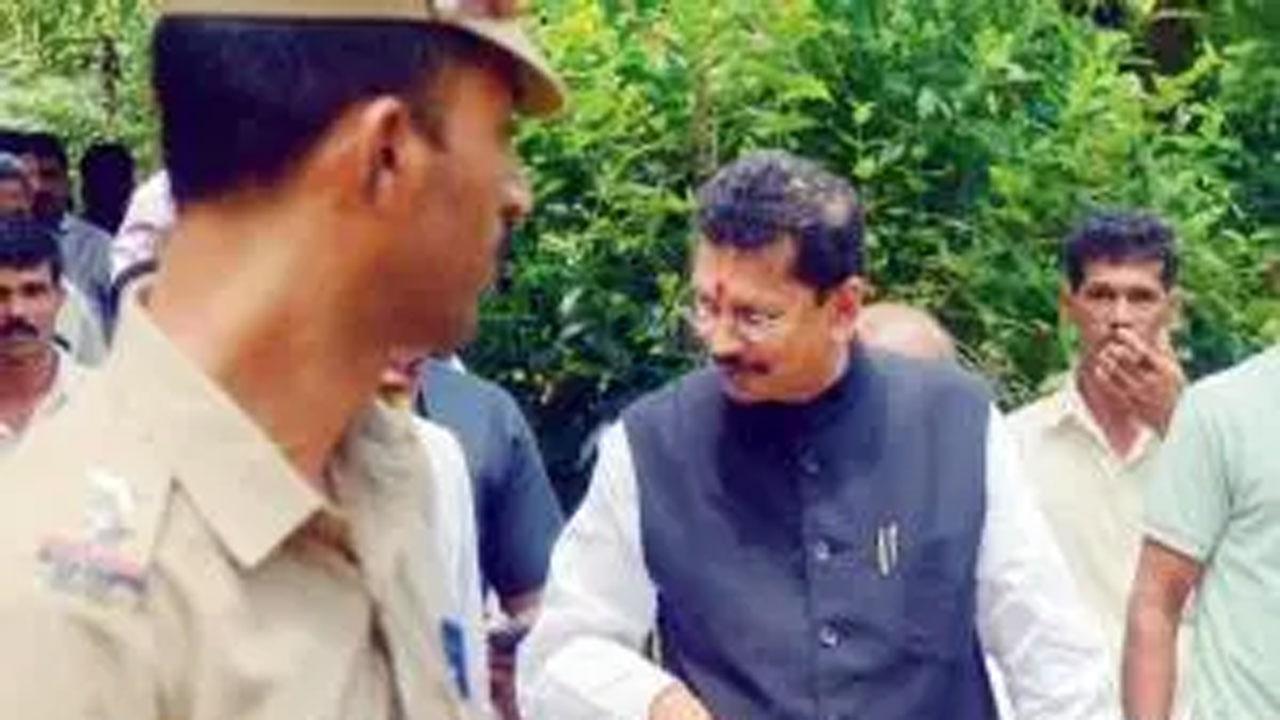 
Maharashtra MLA Deepak Kesarkar, who is from the Eknath Shinde camp, on Friday said that former Maharashtra Chief Minister Uddhav Thackeray "is a big stature leader" and they won't speak against him.

Kesarkar, who was the spokesperson of the rebel group of Shiv Sena during the Maharashtra political crisis, said that they will speak to former Chief Minister Uddhav Thackeray at the right time and all misunderstandings will be sorted out.

"Uddhav Thackeray is a big stature leader and we won't speak against him. We will speak to him at the right time. All the misunderstandings will be sorted out," he told the media.

"He also said that you belong to Satara so I expect many things from you for Satara... There is a rule of ED now but it's not that ED. ED here means 'E' for Eknath Shinde &'D' for Devendra Fadvanis," Kesarkar said.

His remarks came after Uddhav Thackeray said that "this CM (Eknath Shinde) is not a Shiv Sena CM".

The political crisis in Maharashtra was created by a revolt in Shiv Sena led by Shinde who stayed in Guwahati with other MLAs supporting him. Uddhav Thackeray resigned on Wednesday.

Thackeray clashed out at the BJP on Friday for giving the Chief Ministerial slot to Shindeand said that had BJP leadership agreed to this earlier, there would have been no Maha Vikas Aghadi in the state.

The Shiv Sena and BJP had parted ways after the 2019 Assembly elections over the post of Chief Minister. With the BJP not agreeing with Shiv Sena's demand, the party tied up with Congress and NCP to form a government.

"About what happened yesterday, I had told Amit Shah earlier as well that there should be a Shiv Sena CM for 2.5 years (during Shiv Sena-BJP alliance). Had they done this earlier, there would've been no Maha Vikas Aghadi."

"The manner in which government has been formed and a so-called Shiv Sena worker has been made CM, I had said the same to Amit Shah. This could've been done respectfully. The Shiv Sena was officially with you (at that time). This CM (Eknath Shinde) is not a Shiv Sena CM," Thackeray said.

Slamming the new government for its decision to build the metro car shed in Mumbai's Aarey colony, which the earlier Devendra Fadnavis government had termed important, Thackeray asked not to "project anger" for him on Mumbaikars.

"Don't project anger for me on Mumbaikars. Don't change the proposal for the metro shed. Don't toy with the environment of Mumbai," he said.

The Eknath Shinde's government in Maharashtra will face a Vote of Confidence on July 4, to prove its majority in the State Assembly.The Special Session of the Maharashtra Assembly will be held on July 3 and 4.