A day before, the newly-launched semi-high speed train had hit four buffaloes and its nose cone had to be replaced 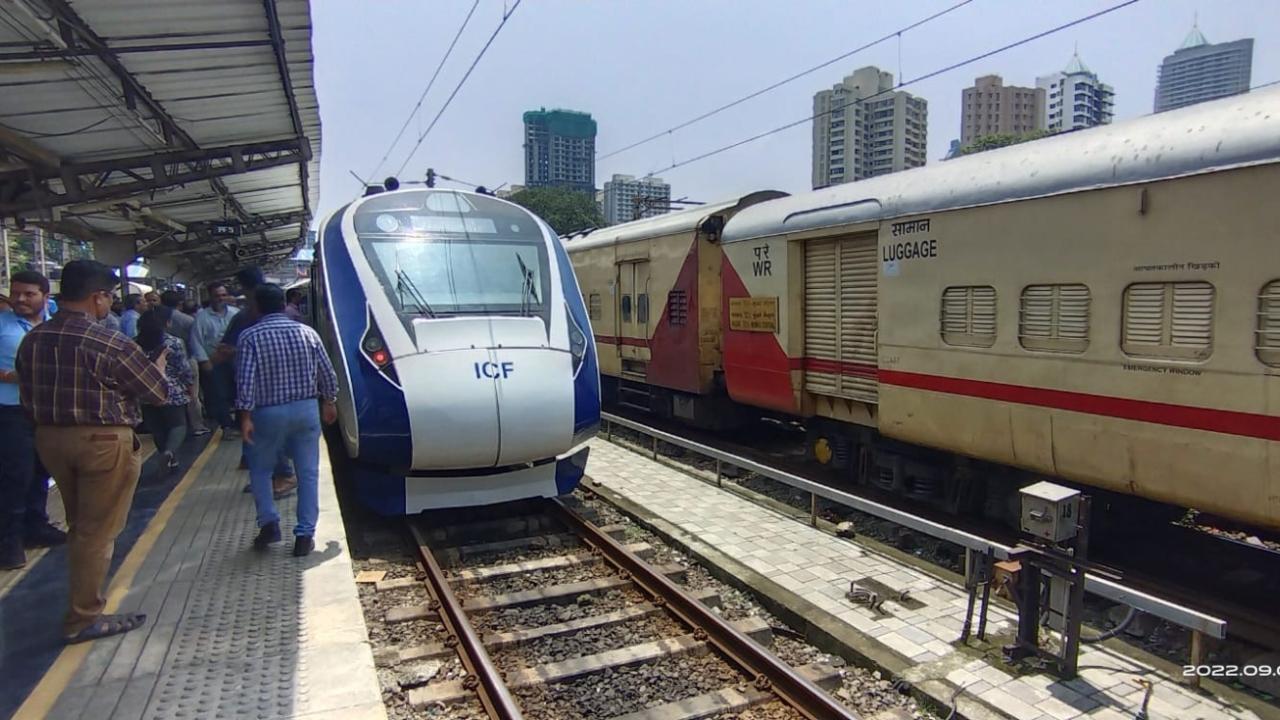 
The Gandhinagar-Mumbai Vande Bharat Express hit a cow near Anand station in Gujarat on Friday, resulting in minor damage to the train's nose panel, an official said.

A day before, the newly-launched semi-high speed train had hit four buffaloes and its nose cone had to be replaced.

The railway official said the train did not sustain major damage in the latest incident except a small dent on the nose cone panel.

The incident on Friday took place at 3.48 pm near Anand, about 432 km from Mumbai.

"The train's front portion has suffered a small dent," confirmed Sumit Thakur, chief public relations officer of Western Railway, adding that all the passengers were safe.